Olympus unveiled a boatload of Micro Four Thirds gear this morning, including three new PEN cameras, two new prime lenses, and a flash. All three cameras pack a 12.3 megapixel sensor with ISO that goes up to 12,800, a speedy new autofocus system (the “world’s fastest”), and 1080i HD video recording. The E-P3 (shown above), the flagship camera of the PEN line, features an all-metal body, a pop-up flash, and an OLED touchscreen. It’ll cost you $900 when it’s out in August 2011. The E-PL3, also called the PEN Lite, has a small compact-camera-sized body and a tilting 3-inch LCD screen. No word on price yet. 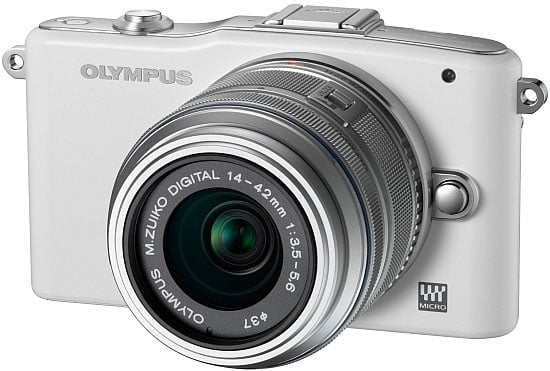 The E-PM1, also called the PEN Mini, differentiates itself by being available in six colors (purple, pink, brown, white, silver and black) and by featuring a simplified UI and streamlined button structure on its small body. No word on this one’s price either.

Get a Free 11×8.5” Hardcover Photo Book Today from Mixbook