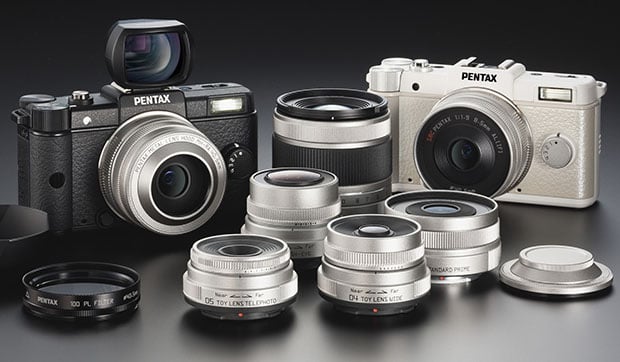 Pentax has just announced the Q, the world’s smallest interchangeable lens camera (ILC). Unlike existing ILC cameras, which have large sensors despite their tiny bodies, the Q has a tiny 1/2.3-inch sensor that’s more comparable to the sensors in point-and-shoot cameras. Thus, the Pentax Q can be considered the world’s first interchangeable lens point-and-shoot camera, though it is packed with the features and manual controls found on ILCs and DSLRs.

The camera shoots 12.4MP JPEG or raw stills at up to 5fps, records 1080p video at 30fps, and offers the traditional shooting modes found on DSLRs (i.e. P, Av, Tv, M). ISO goes up to 6400, there’s a 3-inch LCD on the back, and a funky onboard flash pops up in a strange way to help illuminate your photos. One good thing about the camera is that it doesn’t try and appeal to newbies by shoving all the controls into a touchscreen: 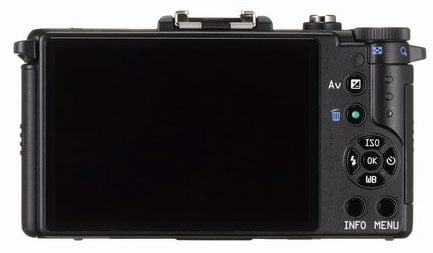 Given the small sensor size, the Pentax Q seems like it would be a fun toy camera or a convenient carry-around camera to replace point-and-shoots, but most P&S users probably wouldn’t be willing to shell out the $800 it’ll cost when it arrives in Fall 2011. It’ll be interesting to see whether Pentax will be able to carve out yet another niche between point-and-shoot and ILC cameras.