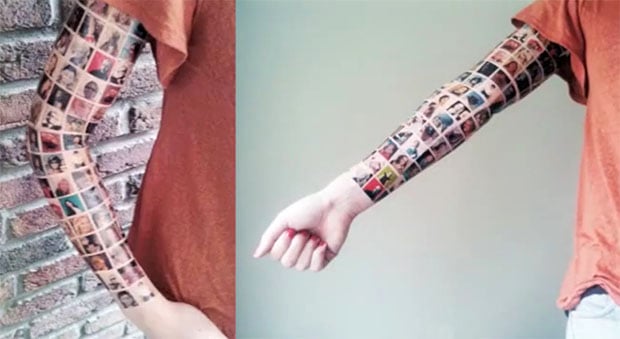 About a week ago, a Dutch woman uploaded a video to YouTube that appeared to show her getting a sleeve tattoo showing the Facebook profile photographs of 152 of her friends. The video spread like wildfire, and news outlets ranging from CNN to Forbes published the story. Now, she’s admitting that it was actually a publicity stunt intended to get the tattoo shop some free publicity, and that the tattoo was actually a temporary one that washes off in a couple days.

Of the thousands of people who have rated the YouTube video, about two-thirds of the responses are “dislikes”. Now you know: no matter how much you like a particular photograph, don’t have it permanently inked into your skin!

An Introduction to Working with Layers and Masks in Photoshop