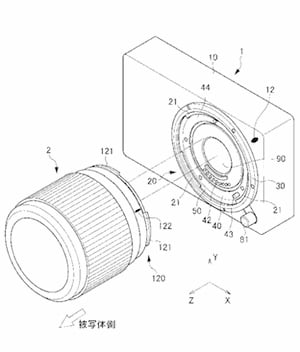 Nikon President Makoto Kimura says that in order to keep its “top position” in Japan’s DSLR market, it needs to create an “entirely new domain” that may go well beyond its plans for a mirrorless, EVIL camera.

In an interview with Pen News Weekly, Kimura said:

“Nowadays digital cameras take movies, performance of cameraphones is rapidly advancing and demand for simple movie cameras for uploading video on the Internet is on the rise. Redefinition of photography may become necessary.”

Much of this comes at the heels of Canon’s revelation of their future plans at the Shanghai World Expo, with its Wonder Camera presentation.  With the introduction of cameras like the iPhone 4 and other smartphones with HD video modes, both companies suggest that there is a lot of pressure to keep abreast of the improving technology in typically lower-end camera competition from camera phones, as well as in higher end DSLRs with video capabilities. It seems that Kimura hopes to reassert Nikon’s product by marketing EVIL cameras to consumers primarily for higher quality video and video sharing, perhaps through a built-in internet mode.

However, it sounds like Nikon may have more up its sleeve than simply adding better video and internet. Kimura also said:

“It will be a camera that may take photos of the world that the traditional SLR cannot reach.”