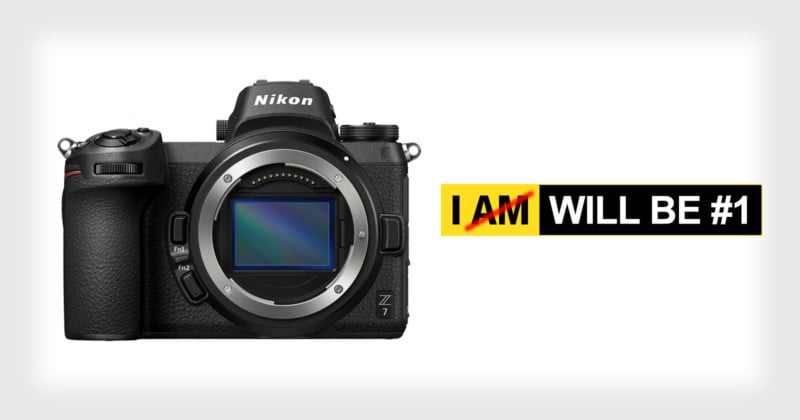 2018 has been the year the mirrorless camera war exploded, with Canon, Nikon, and even Panasonic unveiling new full-frame mirrorless cameras to compete against the current champ Sony. Canon and Nikon have already taken a chunk out of Sony’s lead, but Nikon has much loftier ambitions: it believes it can become #1 in full-frame cameras “quite soon.”

That’s what the company says in a newly published interview over at DPReview, which spoke to multiple Nikon executives over the past few months.

When asked about internal sales targets for its DSLR and mirrorless cameras, Nikon’s response was straightforward.

“Our goal is to become number one in the full-frame market for both mirrorless and DSLRs,” Nikon says. “[…] we will make every effort to hit the target of being number one as soon as possible. We believe that we can achieve the number one position maybe quite soon.”

Nikon cites “really robust” sales of the Z6 and Z7 full-frame mirrorless cameras so far as the reason for its confidence, and says at the same time that those sales haven’t cannibalized demand for the Nikon D850 full-frame DSLR, which continues to enjoy “robust and stable” sales.

“Since DSLR and mirrorless have their own benefits and merits, they can co-exist, and they will,” Nikon tells DPReview. “However, it’s unavoidable that the market will shift more and more towards mirrorless. Right now, mirrorless market share is around 40% but by 2020 and afterwards we expect that mirrorless will surpass DSLR.”

Sony is currently the #1 full-frame camera brand in the US, having overtaken Canon in both units sold and dollars generated in early 2018. And like Nikon, Sony has grand ambitions as well: it has stated that it aims to be the top camera brand in the world of photography by 2021.

After years of Canon market share domination in the camera industry, it seems both Nikon and Sony are now smelling blood.

How to Use the World’s Largest Polaroid Camera

How to Create Luminosity Masks in Photoshop: A Step-by-Step Guide