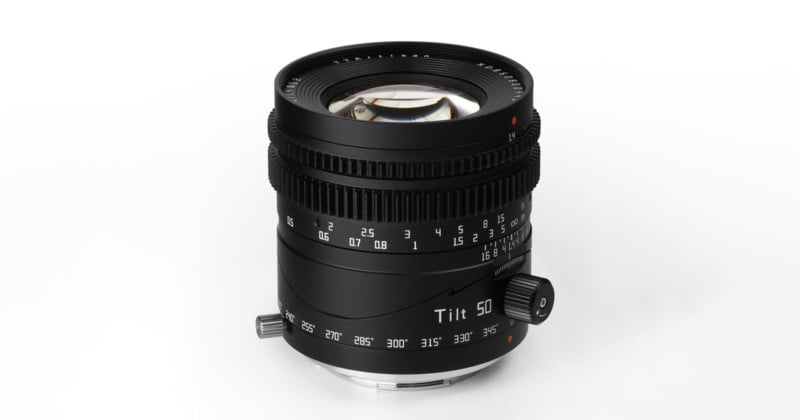 TTArtisan has announced that its 50mm f/1.4 Tilt lens which was originally released for Sony E and Leica L-mounts two months ago is now available for Fujifilm X, Canon RF, and Nikon Z mounts.

The lens is designed to be used on both full-frame and crop-sensor APS-C camera models (where it has a 75mm equivalent focal length) and features a design of seven elements arranged into six groups. That optical formula includes a high refractive index glass element that TTArtisan says will help control distortion and spherical aberration which results in improved sharpness and more accurate rendering of images.

As is the case with most tilt and tilt-shift lenses, the TTArtisan 50mm f/1.4 Tilt lens is manual focus only and features a minimum focusing distance of 50 centimeters (about 19.7 inches). The clicked aperture ring provides a range of f/2.8 through f/16 via a 12-bladed diaphragm. The front filter size is 62mm.

The lens provides eight degrees of tilt and can be rotated 90 degrees, which allows photographers to change the perspective of images to produce what TTArtisan describes as a “Lilliput” look. Lilliput describes the tiny people from the novel Gulliver’s Travels and aptly describes how dramatic tilts on the lens make objects appear much smaller. 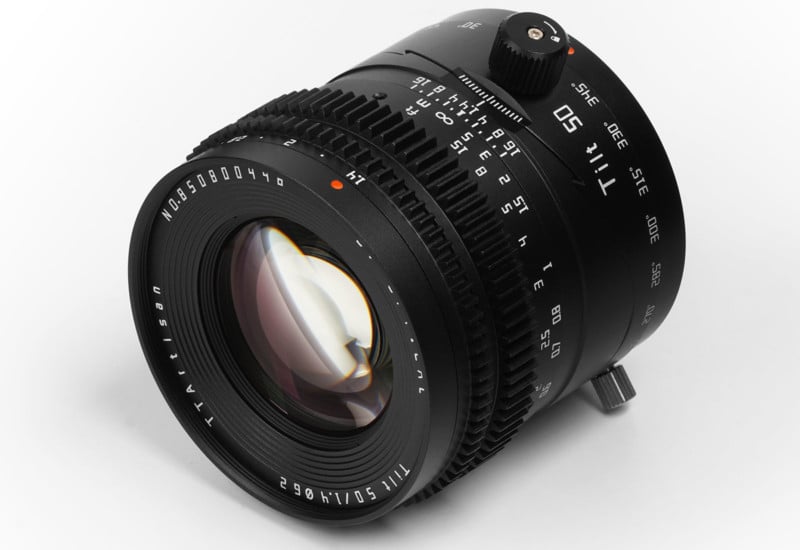 “There is no difference between the lens and a regular 50mm f/1.4 lens when the tilt function is not used,” TTArtisan says. That changes once the tilt feature is engaged.

“When taking pictures, we often encounter the need to only make some areas clear and other areas blurred. But using a tilt lens can meet this need without changing the aperture, and making photos more artistic.” 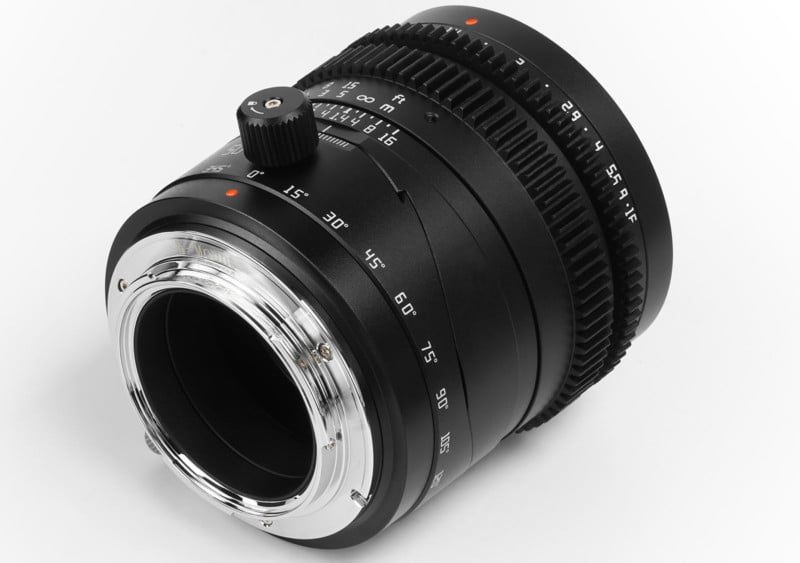 TTArtisan says that to make the lens more convenient for professional video productions, the lens has been optimized with a focus and aperture ring that are designed to fit most focus followers and the “gears” mimic those found on cinema lenses.

As mentioned, the TTArtisan 50mm f/1.4 Full-frame Tilt Lens was originally available for Sony E and Leica L-mounts but has now been expanded to support Canon RF, Nikon Z, and Fujifilm X-mounts. The lens is available to purchase from Pergear and costs $199 for any of the five mount options.