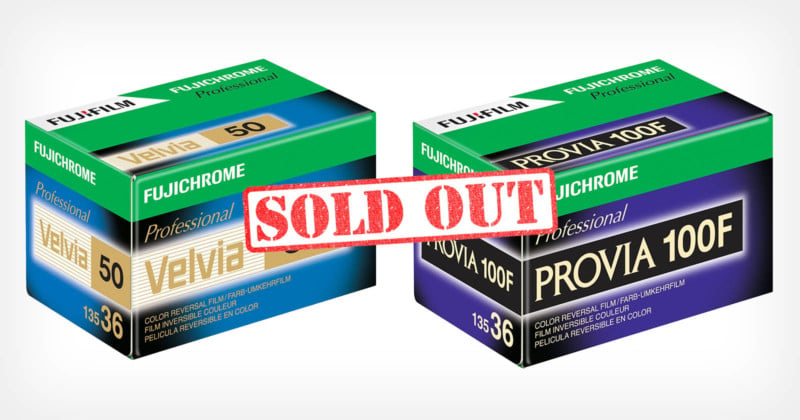 Film photography may be enjoying a resurgence in popularity, but worldwide supply chain issues are now holding back the industry’s return. Fujifilm is warning that its 35mm films are expected to be in short supply “for the time being.”


The Japanese corporation published a notice on its website on November 22nd that apologizes for expected shortages.

“Due to the shortage of raw materials, supply and demand for ‘color negative film 135 size’ and ‘reversal film 135 size’ are expected to be tight for the time being,” Fujifilm writes (translated from Japanese). “We sincerely apologize for any inconvenience caused to our customers.

“We will continue to take measures to ensure the stable supply of products as soon as possible. We appreciate your understanding.”

Earlier this year, in early April, Fujifilm issued a virtually identical warning about shortages with its 120 films, also with its Velvia and PROVIA lines. It seems that Fujifilm had tried for half a year to continue regular production of its 35mm lines for those stocks, but the raw material shortages may now be too difficult to overcome.

If you are an analog photographer who uses the film stocks mentioned in Fujifilm’s latest notice, you may want to check your go-to film retailers and stock up while supplies last — there’s no word yet on when the ongoing supply crunch will let up.