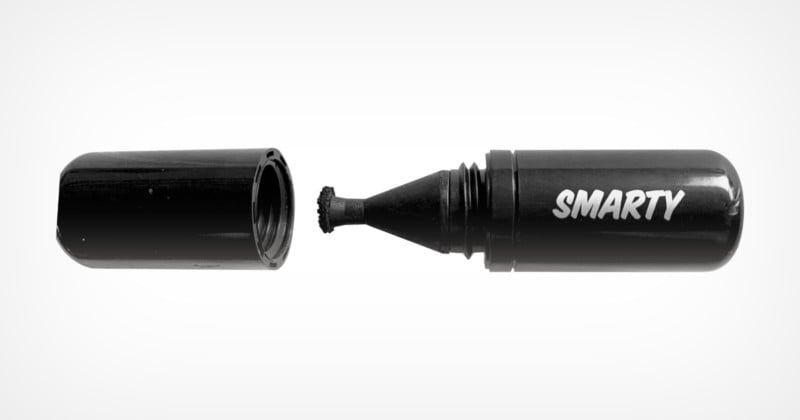 LensPen has announced a new smartphone-specific lens cleaning tool called Smarty, which features the company’s same proprietary carbon cleaning technology that it designed for full-size camera lenses but shrinks it down to a size better suited to smartphone cameras.

LensPen says that for more than 25 years, its products have safely and effectively cleaned lenses and other fine optics including LCD sensors, scopes, drones, AR/VR headsets, eyeglasses, tablets, and — now — phones. LensPen says its tools clean surfaces in all environments, from desert heat to Arctic cold to even the claim of outer space. The company says that each of its products will last for hundreds of cleanings.

Each LensPen product will provide hundreds of cleanings. LensPen is one of the tools that PetaPixel recommends for at-home cleaning of camera lenses since its carbon particles to absorb oil while cleaning off dust and other particles. The company even has a LensPen that is co-branded with Nikon.

The latest from LensPen is the Smarty, a smartphone lens cleaner that has a miniaturized overall size and smaller tip to allow it to be carried more easily as well as target the smaller size of a smartphone camera lens.

“With smartphones so prevalent now, nearly everyone has a camera in their pocket or purse,” Ryan Keating, Executive Vice President of Sales and Marketing for LensPen, says. “And it’s inevitable that the lens will pick up dust or fingerprints, which can ruin a photo. That’s where Smarty comes in.”

The company says that Smarty like its other products, is simple to use. Photographers need only twist the cap off to reveal the soft cleaning tip which can be used to gently polish the surface of a smartphone camera lens. The company says that if some smudges persist, users should breathe gently on the surface and repeat. When done, twist the cap back on and the cleaning tip is replenished. 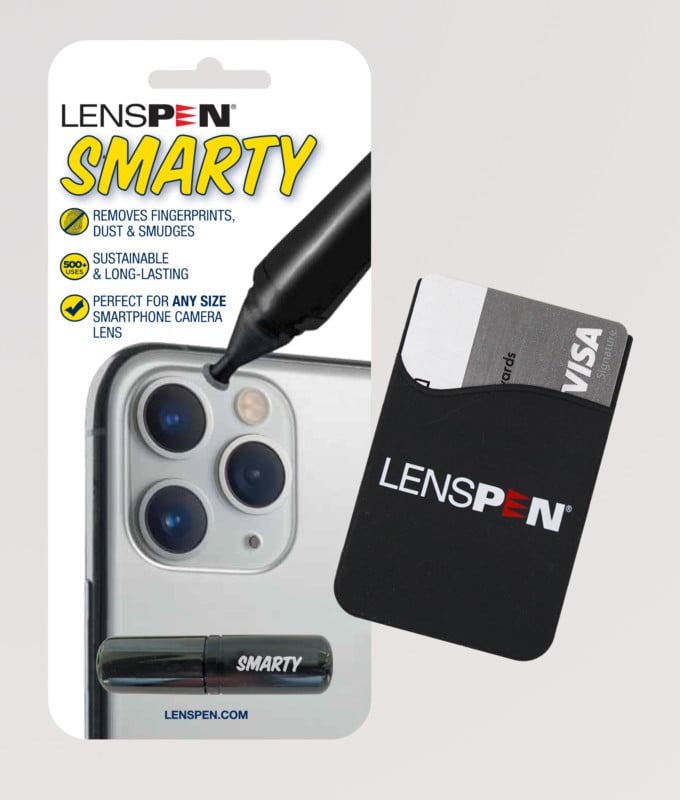 The LensPens Smarty is a scant two inches long and is designed to easily slip into a pocket or purse. The LensPen Smarty Smartphone Bundle includes both a Smarty and a LensPen smartphone card holder.

The Smarty Smartphone Bundle is available from LensPen directly as well as from Amazon for $10.