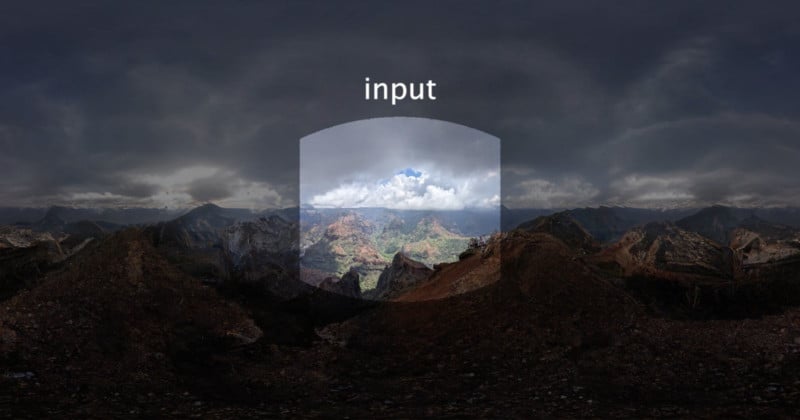 Adobe has previewed a couple of examples of powerful artificial intelligence (AI) tools that make it possible to push a photo well beyond its original boundaries, both literally and from the perspective of its continued usability.

The Silicon Valley software company has been adding more features to its image editing platforms that are powered by AI for some time, but the company’s engineers have grander ideas for what is possible with the technology. Demonstrated during the annual “Sneaks” presentation at Adobe MAX, two ideas show how AI is able to make photos far more useful than they perhaps were ever intended to be.

The first is called “Project Beyond the Seen,” and it allows for the creation of immersive 360-degree visual experiences from a single small 2D image. While virtual reality (VR) and 360-degree content do exist, there are loads of photos that exist that weren’t captured in a format that is conducive to VR. Adobe Senior Engineer and Research Scientist Yannick Hold-Geoffroy presents a solution.

“Pushing the limits of immersive virtual reality, Project Beyond the Seen enables you to do just that, using Adobe’s AI to easily generate full 360-degree panoramas from a single image,” Adobe explains.

“Depth estimation methods allow users to extend a panoramic image, creating realistic and fully immersive 3D environments. Since AI is able to generate content behind, above, below, and to the sides of the image, users can easily and quickly add objects, including AI-generated reflections — and more.”

The video linked below is time-stamped to the Project Beyond the Seen’s presentation:

The other proposed technology is called “Project All of Me” by Qing Liu, a Research Engineer and Scientist at Adobe, which combines a few ideas that already exist in Adobe products but repackages them into a more approachable format. 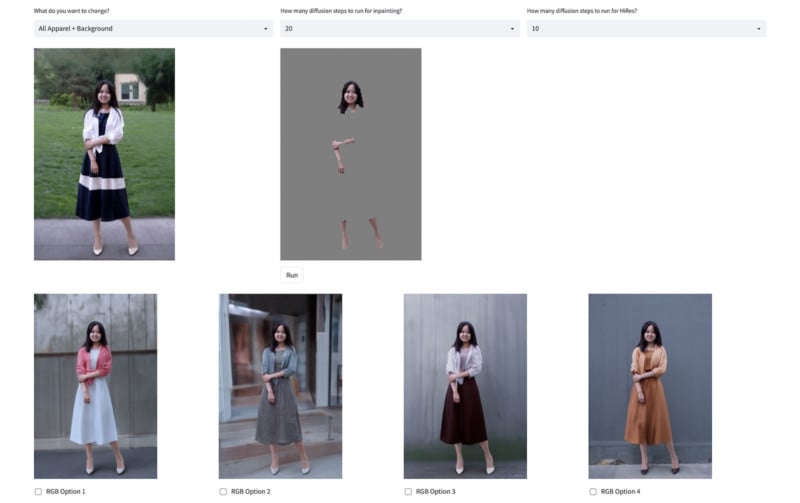 “With Project All of Me, anyone — a fashion designer who needs to update their website models with new clothing designs or a student hoping to create a school event flyer — can create new content and larger images with just a few clicks. This smart portrait photo editor leverages AI to generate un-cropped components of photos and edit out unwanted distractions — it can even provide recommendations and modify the photo subject’s apparel.”

The video linked below is time-stamped to the Project All of Me presentation:

Sneaks let Adobe present its most promising new ideas to the public and field input on whether they are features that might actually be useful if deployed to consumer-facing software. Sometimes this happens quickly, while other times the software never sees the light of day. These two projects join Project Clever Composites in this software limbo where users might eventually get to try them out… or they might not.