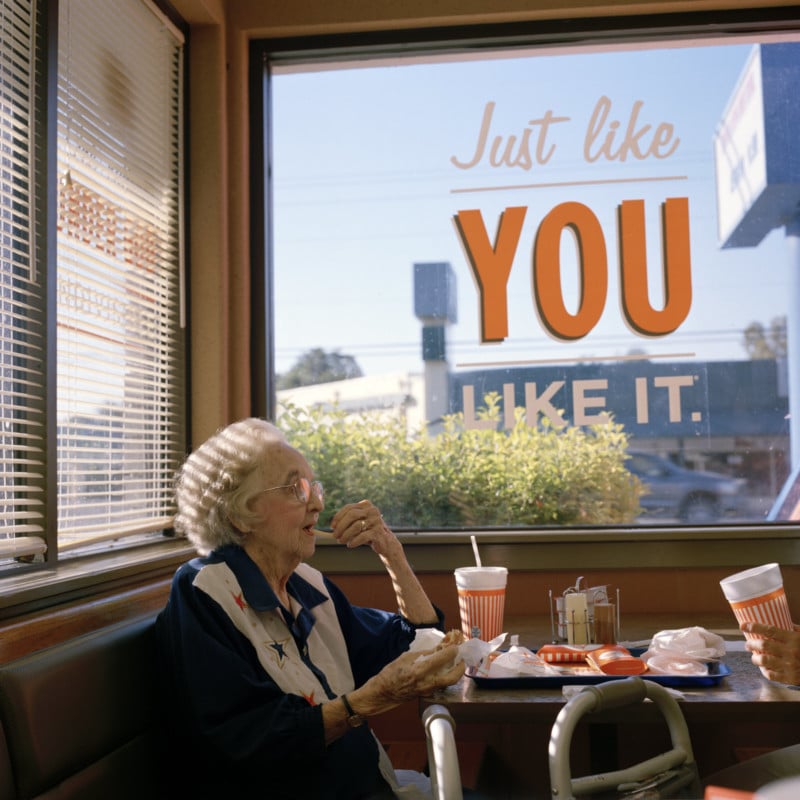 Photographer Edward Thompson, known for his documentary photo essays on various social topics, has created a body of work about the Texas Hill Country. Shot entirely on medium format film, he captured the curious and, at times, strange lives of local Texans at the time of George Bush’s political reign.

Although born in Wales, United Kingdom, Thompson has always connected deeply to America. At the time of his birth in the smallest country of the United Kingdom, his father worked in the mines in Alabama. The Southern state was also where Thomspon spent some of his first years and got his first introduction to the American way of life. Not surprisingly, America, and Texas, in particular, was also the first place Thompson got the courage to try street photography for the first time.

“I think I was emboldened by being on holiday, time being finite there in this amazingly cinematic place, and people not realizing I didn’t know what I was doing as I had a funny accent,” Thompson tells PetaPixel.

“The Texas Hill Country series was photographed over three months spread over two years from 2006 to 2007. My biggest influences as a student were Diane Arbus and Joel Sternfeld, so I knew I had to go to America.” 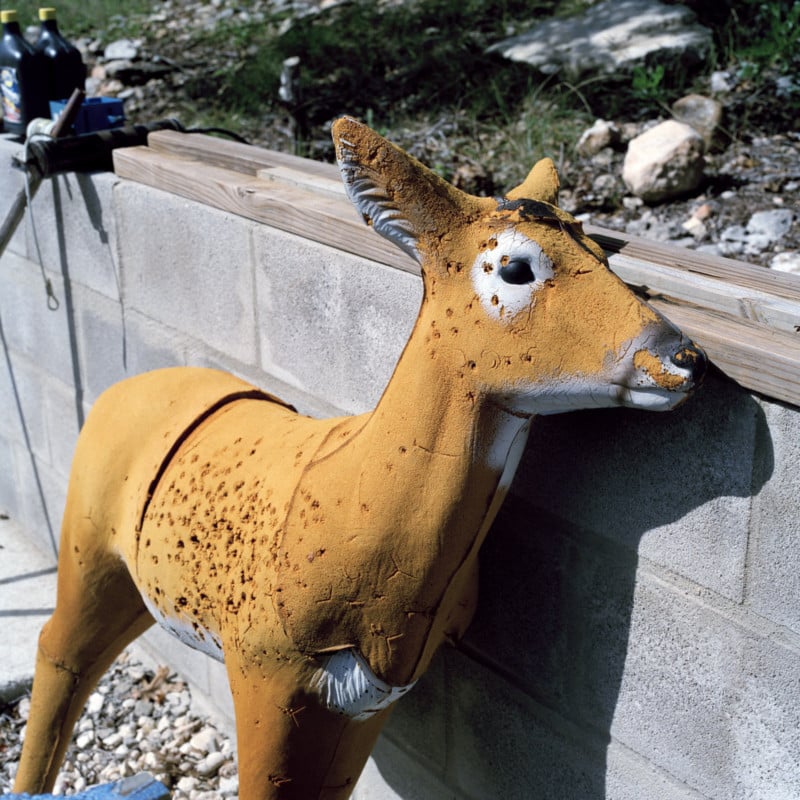 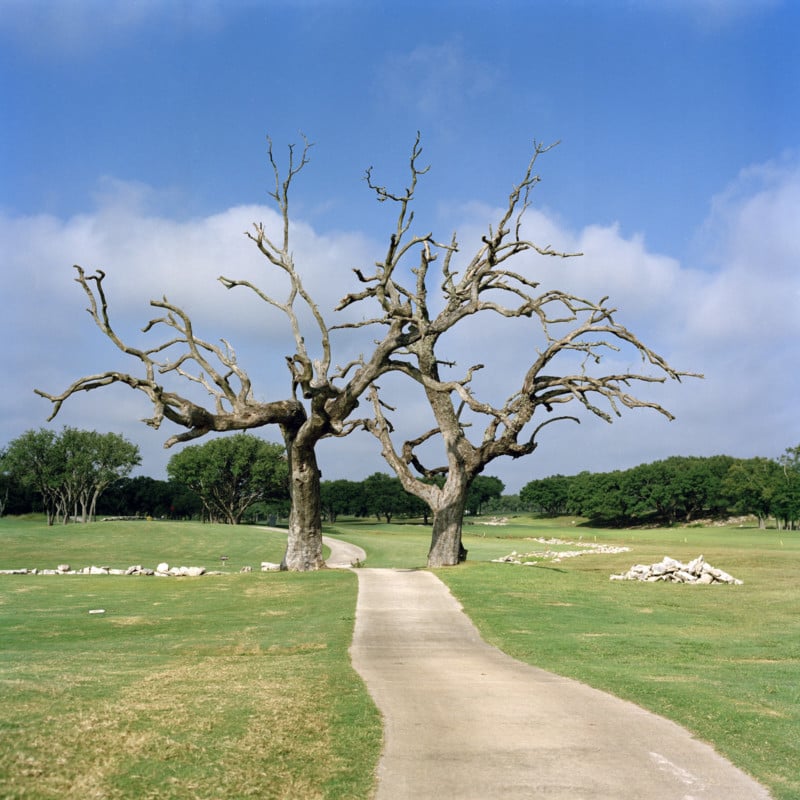 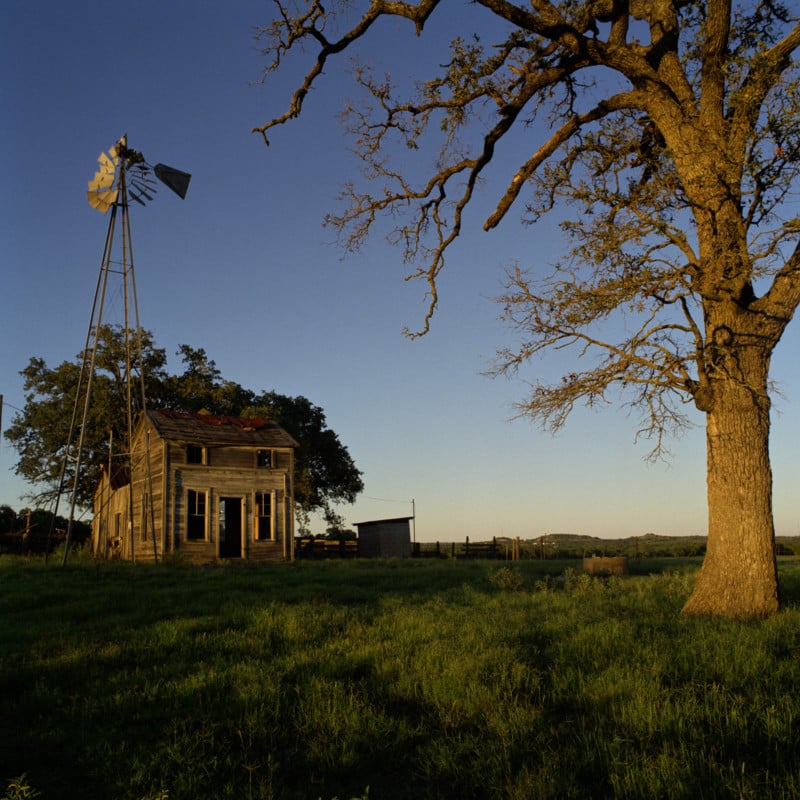 The Rocky Road to a Successful Photo Book Project

Thompson wanted “The Texas Hill Country” to be his first significant photographic work. At the time of creation, he felt it was relevant – the Hill Country was home to then-president George Bush, and “it all seemed like a perfect metaphor for America at large.” Ironically, the project didn’t come together until years later, after Thompson had already released three other photo books and numerous photo essays.

After his trip in 2007, Thompson reached out to photo book publishers but was met with silence. At the same time, his father died, he lost on a reality TV photography show, and “two famous British photographers” left Thompson with nothing but criticism about his Texas work.

“It savaged my confidence,” he explains. “Which is a small tragedy as only by looking back over the photographs during the pandemic did I realize there is some brilliant work here. It seemed fate conspired against me. I still went on to make some great photo books of other projects and work with some amazing clients, but I always felt this photo series never had its day in the sun.” 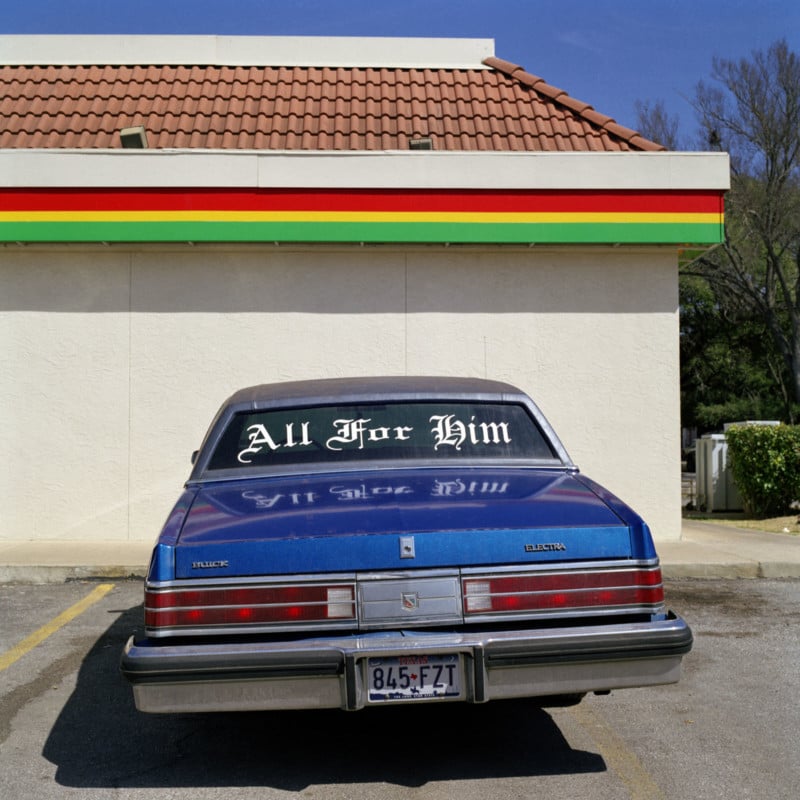 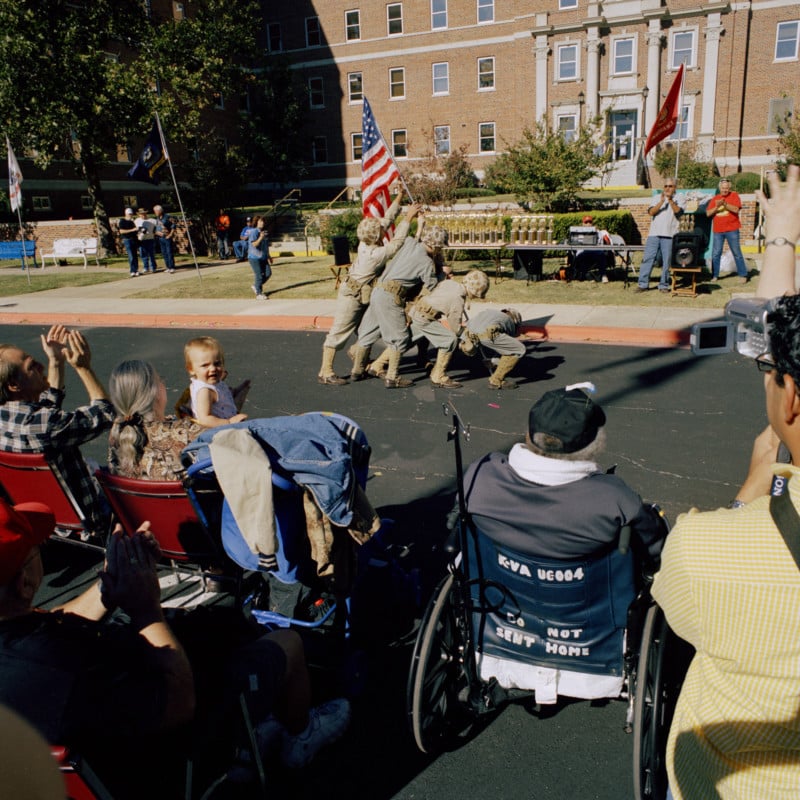 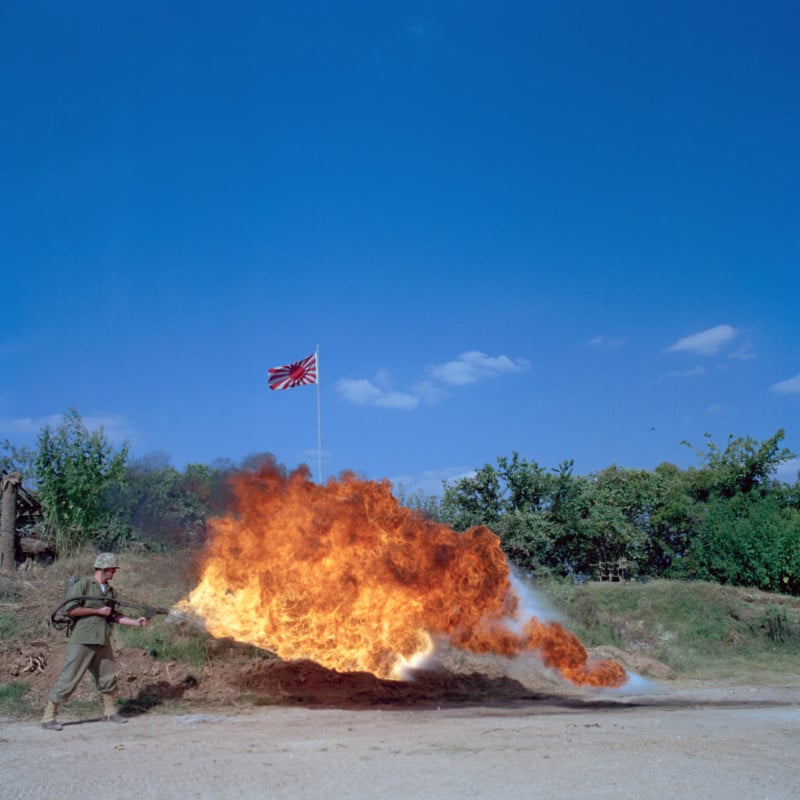 While out shooting, Thompson didn’t have a plan on where to go and what to shoot. The sense of adventure and openness to the unexpected led Thompson to people and places he couldn’t have planned even if he wanted to. He started talking to the locals who would give him tips on where to go or whom he should visit, which sometimes resulted in situations beyond his imagination.

“I got kicked out of cattle auction because the old woman who ran it still had beef with the British because of the American war of independence,” Thompson recalls. Another time, two men dressed in black jumped out of a black SUV with machine guns, as Thompson attempted to photograph the road George Bush’s “Western White House,” also known as Prairie Chapel Ranch, was on.

“I was polite to them, although I made them flinch a little when I pulled my light meter out of my pocket,” he says.

As an enthusiastic person, Thompson connected with most people he photographed. With a genuine interest in their lives, it didn’t matter where they come from or what their political leanings are. In hindsight, Thompson already observed locals with right-wing beliefs at the time and thought, “that person is really fringe, most people don’t think like that.”

“But then Trump got elected there. So there were hints of that, even then,” he says. 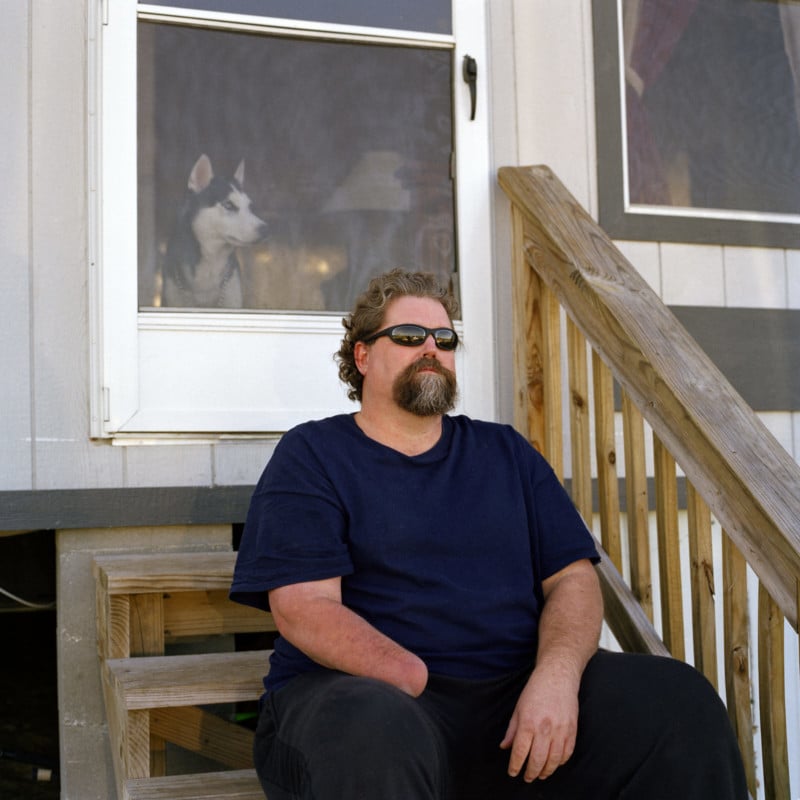 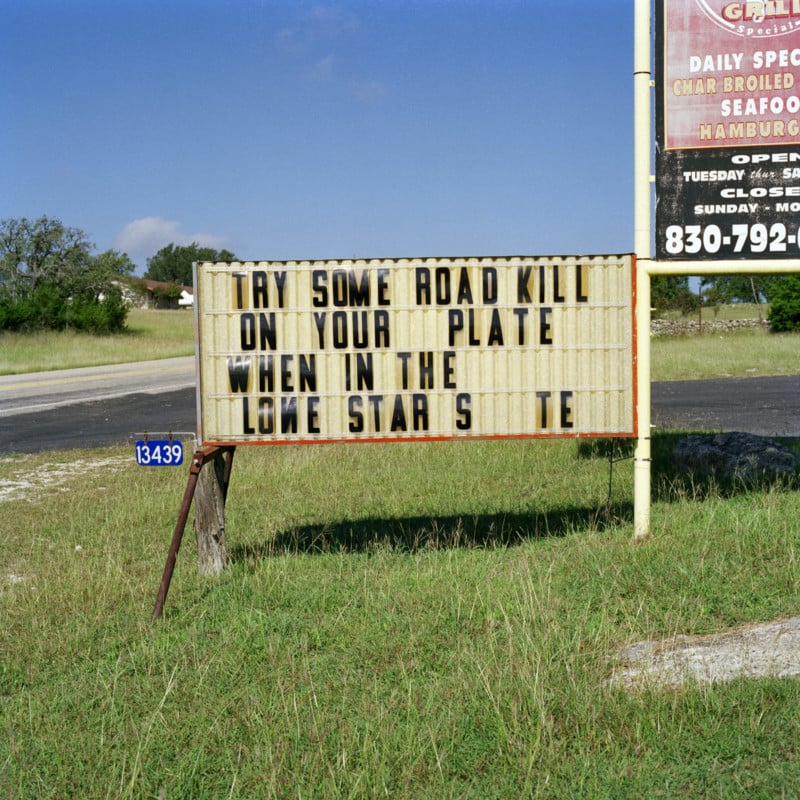 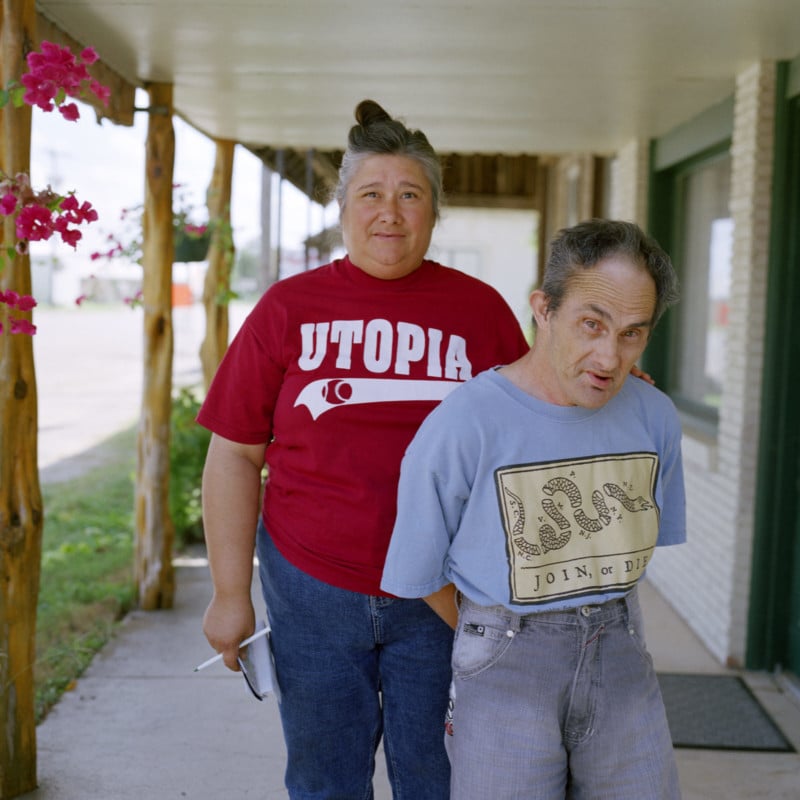 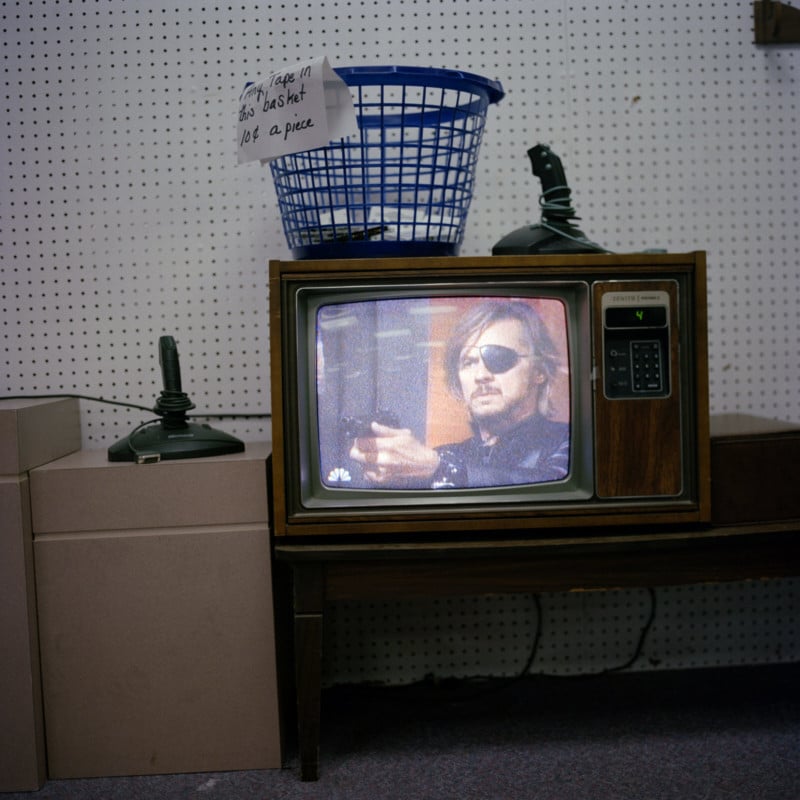 From a Film Camera to a Photobook

His early career dreams of exhibitions with high-quality prints gave Thompson several chances to showcase his work throughout the years. But, the expense of exhibiting can be too big to bear. Instead, Thompson focuses on photo books, just like with “The Texas Hill Country.” After all, “they are portable exhibitions…forever.”

“I have spare printouts of my last photobook dummy, ‘In-A-Gadda-Da-England,’ and I use those pages as drawing paper for my three-year-old twins,” Thompson says. “They love chopping them up with scissors. It’s funny how although photography has been, and is, my life, at the same time, I know that it is just photography. It’s everything, and it’s nothing.”

Thompson’s photobook “The Texas Hill Country” is available for pledgers on Kickstarter. The campaign will finish on November 10, and it’s estimated the backers will receive their photobook copies in December should the campaign be successful. 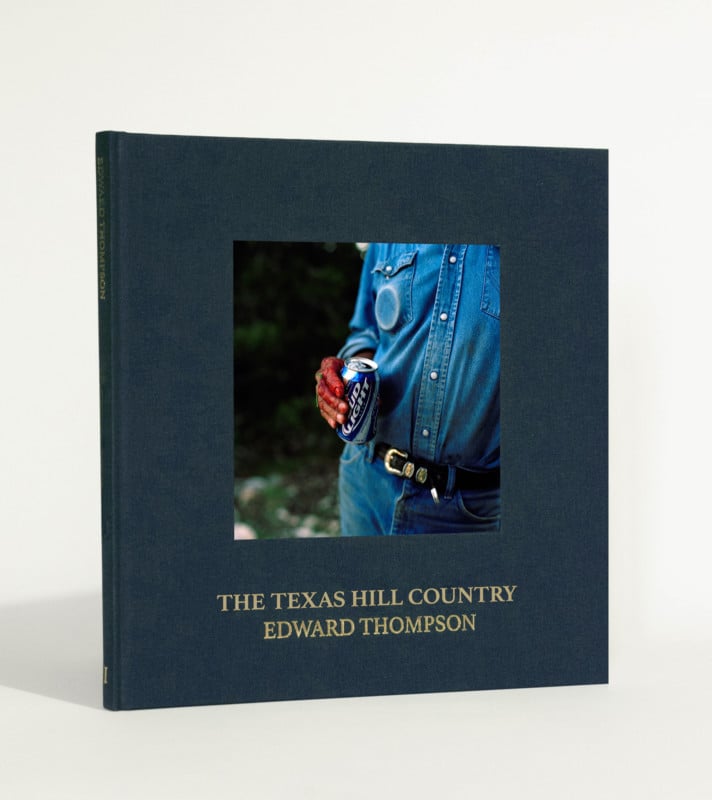