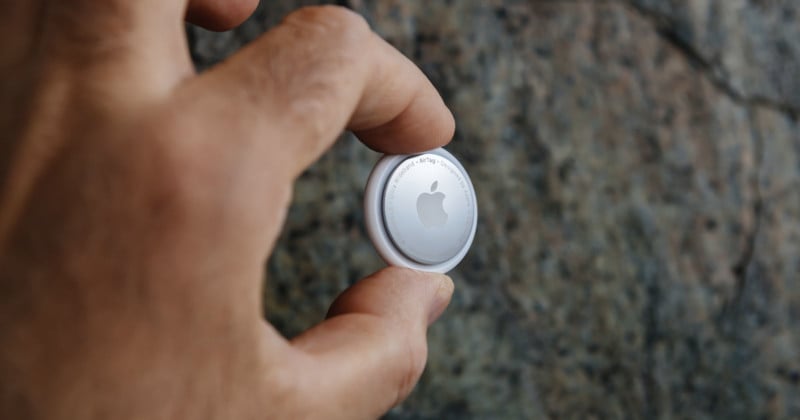 When photographer Alex Garcia discovered his bag was missing after arriving at Miami’s airport, he spent the next hour and a half chasing it into a nearby suburb by following his AirTag’s signal.

Garcia is a Chicago-based photographer, director, and photojournalist who has an impressive list of clients that range from Canon USA, Walgreens, and Facebook to the New York Times, ESPN, and the Associated Press. In a thread posted to Twitter, he says that after arriving in Miami, he discovered that his bag was missing. At the time, it was almost 1:00 AM. He was stopped in Miami overnight ahead of an early flight back to his hometown later that day that he couldn’t miss and he did not want to be on that flight without his luggage.

Garcia had placed an AirTag in his bag and says that the Find My app was showing it 10 miles away in a Miami suburb.

Goodbye Havana, will see you and all again soon #HispanicHeritageMonth #cuba #havana pic.twitter.com/zdduekgGl9

A look back through Garcia’s Twitter feed notes he had landed in Miami after visiting Havana, Cuba where his website shows he regularly hosts photography workshops. Since he wasn’t feeling as though the airport authorities nor the police were going to help, he decided to take the situation into his own hands.

“Taking an Uber to location. It’s 1 AM. Maybe being stuck in hours in a passport control line gave enough time for the suitcase to disappear,” he says.

Garcia’s choice was risky, since he was visiting an unfamiliar neighborhood, but his Tweets seem to indicate he believed it could have been an honest mistake. He says his Uber driver seemed on board for the hunt.

Address just changed but I looked it up. Just the same corner with different street addresses. Uber driver is ok with the quest. Hoping it’s an honest mistake. #airtag

When Garcia arrived at the home, he says that lights were on and people appeared home. When he tried to make contact, they did not answer the door but instead appeared to call the police.

After speaking to Garcia, who says they seemed to doubt his claims about the AirTag, the officers then spoke to the homeowners who eventually came out of the house with his bag. At no point is it clear if the bag was stolen or simply mistakenly taken.

Maybe because I was tired and hungry but I was furious. “Your ‘ mistake’ cost me $70 in cab fare!” She offered no recompense, apology or otherwise. Cops didn’t care about establishing any further motive. Stood there. I started shouting in Spanish like a crazy old Cuban man.

Thought I should end with the avatar that led the recovery operation. #airtag pic.twitter.com/LWlDs44Tlr

While Garcia’s strategy of chasing his bag down in the dead of night probably wasn’t the safest, it did end up working out for him. Still, others should exercise caution before attempting a similar feat.

Apple AirTags were never designed to be used as an anti-theft device, but they can work as such and this is not the first time that an Apple AirTag has been used to recover a photographer’s belongings. In May, a photographer was able to recover about $7,000 in stolen equipment that was taken from his car in a hotel parking lot thanks to a set of Airtags he had attached to some of his items.