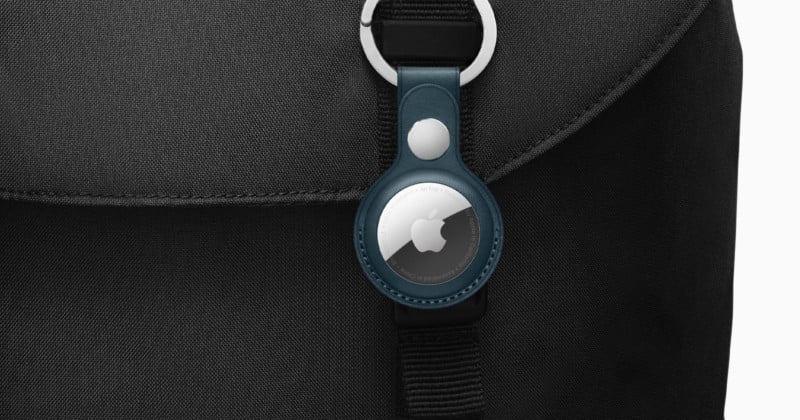 A photographer was able to recover about $7,000 in equipment stolen from his car in a hotel parking lot thanks to a set of Apple AirTags he had attached to some of the items.

As reported by 9News, Graham Tait — a Sydney-based photographer who was traveling in South Australia — had his car broken into in the parking lot of his hotel.

“My car was broken into whilst we were traveling in the Flinders Ranges last night and they took a laptop bag and camera — both of which had AirTags fitted,” he tells 9News.

Tait was able to use the Find My app on his iPhone to locate the missing items and found that they were still on the premises: they were stolen by what appeared to be another hotel guest.

“I used the Find My app and tracked the missing items down to a room in the hotel we are staying in,” Tait says.

The police were called and the alleged thief was dealt with and Tait’s equipment was returned.

Apple’s AirTags have been the source of repeated controversy since their launch last year as they were a very easy and affordable way for stalkers to track victims. As 9to5Mac explains, Apple has made adjustments to software post-launch that alerts users that the devices are designed to track items, not people, and that law enforcement can request information tracked to an Apple ID. Apple also added an audible alert that tells people when an unknown AirTag is on them, which makes it easier to find.

Photographers were initially excited about AirTags to allow them to better protect their equipment from theft. While the tags have never been marketed as a way to track stolen property or apprehend thieves, clearly they can be used in this way.

“Apple really only intends the AirTags to be used to find lost items. Still, many photographers are likely to consider adding an AirTag into their gear bags and luggage considering that the tags themselves are a pretty affordable yet high-tech solution for keeping tabs on expensive equipment,” PetaPixel wrote in April of 2021.

Tait was lucky that his thief did not leave the property or dump the majority of the luggage that carried his equipment. In San Francisco, thieves have been shown to rifle through luggage and dispose of anything other than high-value electronics within minutes of stealing items from cars. In those cases, even an Apple AirTag wouldn’t be useful for long.