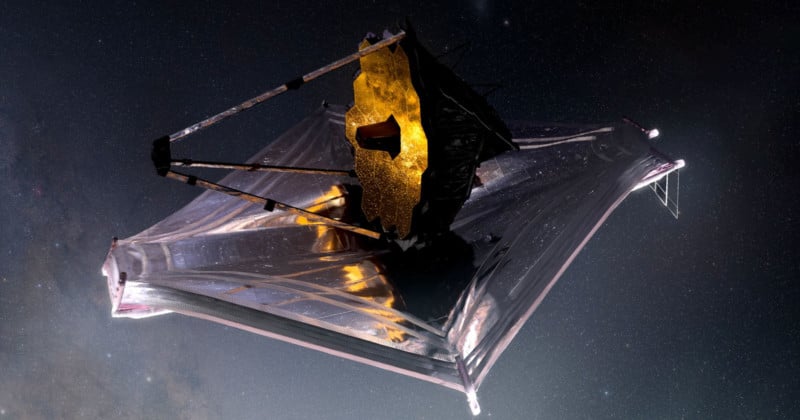 NASA has released a new image that was captured by the James Webb Space Telescope’s Fine Guidance Sensor (FGS), the tool the observatory finds and locks onto targets, which provides a glimpse of the telescope’s incredible imaging prowess.

In less than a week, NASA will publish the first full-color images taken by the James Webb Space Telescope, but ahead of that momentous announcement, the space organization has provided details on how the observatory acquires the targets that are captured by its main imaging system, and the quality of the image of this navigational sensor are yet another indication of just how incredible Webb’s imaging capabilities are.

NASA explains that the FGS has always been capable of capturing photos, but it’s main job is to enable accurate science measurements and imaging with precision pointing. When it does take photos, those images are typically not kept given the limited communications bandwidth between it and Earth. NASA says Webb only sends data from up to two science instruments at a time, but during a test in May, the team realized they could keep the images that were being sent because there was available extra bandwidth.

And so they did.

“The resulting engineering test image has some rough-around-the-edges qualities to it. It was not optimized to be a science observation; rather, the data was taken to test how well the telescope could stay locked onto a target, but it does hint at the power of the telescope,” NASA writes.

“It carries a few hallmarks of the views Webb has produced during its postlaunch preparations. Bright stars stand out with their six, long, sharply defined diffraction spikes – an effect due to Webb’s six-sided mirror segments. Beyond the stars, galaxies fill nearly the entire background.”

The purpose of the test these images came from was to lock onto one star and show how well Webb could “roll” — NASA quite literally means this, as Webb will roll to one side like an airplane in flight. NASA reports the test was successful.

The photo above consists of 72 exposures that were captured over the course of 32 hours and, despite being taken by the FGS, is one of the deepest images of the universe ever taken. On July 12, the first full-color images revealed from the telescope will be the farthest ever captured.

“When FGS’ aperture is open, it is not using color filters like the other science instruments — meaning it is impossible to study the age of the galaxies in this image with the rigor needed for scientific analysis. But even when capturing unplanned imagery during a test, FGS is capable of producing stunning views of the cosmos,” NASA adds.

NASA explains that since the photo was not created with science in mind, there are some notable differences from the full-resolution images that will be released next week. While the image has the same reddish color that has been seen in previous Webb images, there is no “dithering” — when the telescope repositions slightly between each exposure — in these exposures. The center of the stars in the photo appear black because they have saturated Webb’s sensors, and the overlapping frames of the different exposure can be seen at the image’s edges and corners.

“With the Webb telescope achieving better-than-expected image quality, early in commissioning we intentionally defocused the guiders by a small amount to help ensure they met their performance requirements. When this image was taken, I was thrilled to clearly see all the detailed structure in these faint galaxies,” says Neil Rowlands, program scientist for Webb’s Fine Guidance Sensor, at Honeywell Aerospace.

“Given what we now know is possible with deep broad-band guider images, perhaps such images, taken in parallel with other observations where feasible, could prove scientifically useful in the future.”