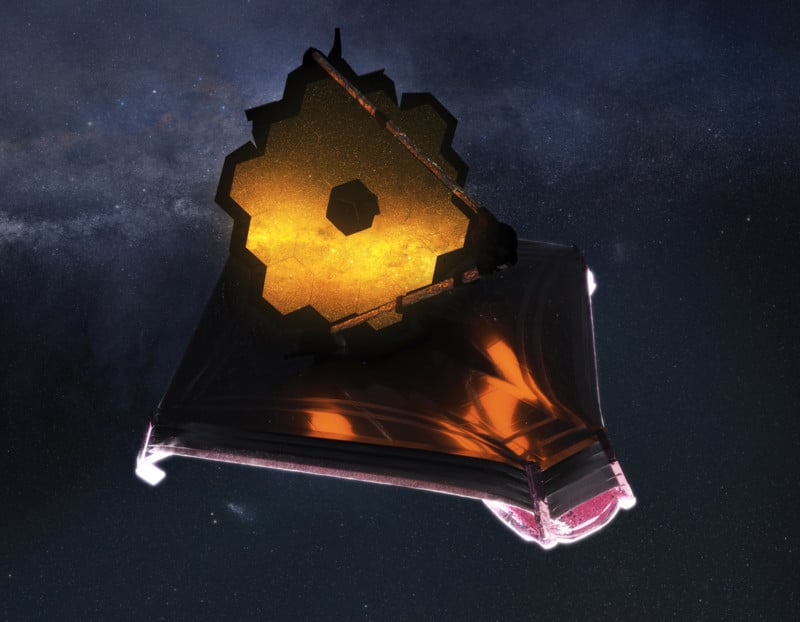 NASA has announced that the Mid-Infrared Instrument, or MIRI, the second of the James Webb Space Telescope’s four primary scientific instruments, has concluded its preparations and is ready to start capturing the universe.

Since Webb’s telescope optics and instruments completed alignment earlier this year, the team moved on to the 17 different instrument modes that needed to be checked on route to the start of its science observations. As of June 30, the last MIRI mode — its coronagraphic imaging capability — was checked off.

That final mode uses two different styles of masks to intentionally block starlight from hitting its sensors when attempting to make observations of the star’s orbiting planets. NASA says that these customized masks allow scientists to directly detect exoplanets and study dust disks around their host stars in a way that has not been done before.

MIRI is one of the telescope’s primary imaging instruments and provides significantly higher resolution images of the universe than previous telescopes. In order to operate correctly needed to be cooled to a temperature of minus 447 degrees Fahrenheit. It does this through a combination of a sun shield — which is the size of a tennis court — and an electrically powered cryocooler.

In order to capture the infrared light, MIRI needs to be extremely cold. All of the celestial objects that Webb will observe emit infrared light, but so do other warm objects including Webb’s own electronics and hardware. To suppress these emissions and to allow for clearer photos, MIRI needs to be even colder than the objects it intends to observe. NASA says these extremely low temperatures allow for MIRI to deliver mid-infrared images and spectra with an unprecedented combination of sharpness and sensitivity.

“We are thrilled that MIRI is now a functioning, state-of-the-art instrument with performances across all its capabilities better than expected. Our multinational commissioning team has done a fantastic job getting MIRI ready in the space of just a few weeks. Now we celebrate all the people, scientists, engineers, managers, national agencies, ESA, and NASA, who have made this instrument a reality as MIRI begins to explore the infrared universe in ways and to depths never achieved before,” Gillian Wright, MIRI European principal investigator at the UK Astronomy Technology Centre, and George Rieke, MIRI science lead at the University of Arizona, say.

NASA is scheduled to release the James Webb Space Telescope’s first full-color photos on July 12. In addition to being the first public example of what the telescope is capable of, at least one of the photos will be the farthest humanity has ever looked before.