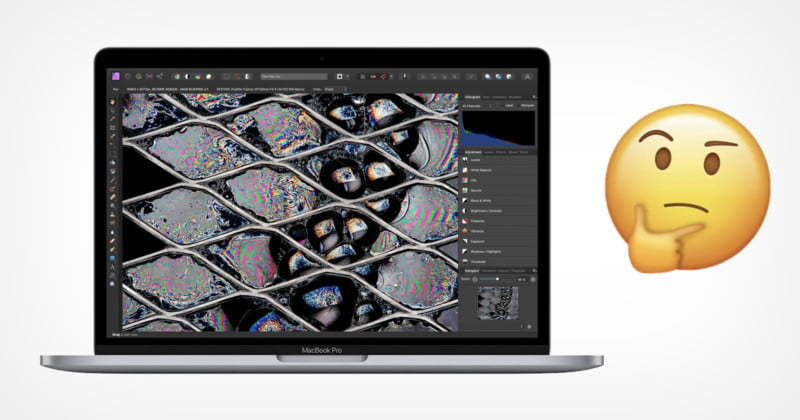 Earlier this week, Apple revealed the M2 chip and the two computers that would be the first to use it. And while the MacBook Air saw significant upgrades across the board beyond just the new chip, the equally-priced M2 MacBook Pro did not.

Apple’s new M2 processor brings with it a host of computing upgrades that, on paper, look impressive for the company’s second generation chip. The CPU offers an 18% improvement in multi-threaded performance and supports up to 24GB of unified memory, which is a 50% bump from the original M1. There is also a brand new 10 core GPU on board that Apple claims has up to 35% higher graphical performance than the GPU found in the M1, and a new Neural Engine that 40% faster than the previous generation.

The first computers to utilize this new chipset are the MacBook Air and the 13-inch MacBook Pro, the same two models that were the first to receive the M1 chip when it was first announced in 2020. That faster performance alone might make the two computers feel like a worthwhile upgrade to those who haven’t yet made the jump to Apple Silicon, but upon closer inspection, Apple really did very little to make the MacBook Pro feel “pro” compared to the MacBook Air.

The MacBook Air got a totally redesigned chassis that makes it look more like the larger MacBook Pro that was announced late last year. It also got a new display, which Apple calls its liquid retina monitor, and expanded it to the edge for a larger 13.6-inch display space. Apple also upgraded the webcam to a 1080p Full HD camera that lives in a notch that looks just like the one on the latest-generation MacBook Pros.

The MacBook Air also got an improved speaker system, a physical set of function keys (no TouchBar), and Touch ID.

So while, yes, it will see those same performance improvements thanks to the M2 chip — and probably will be slightly better during extended sessions thanks to its active cooling system, which the Air lacks — it got none of the other physical upgrades that the Air did.

Tech reviewer Marques Brownlee puts it best in a chart he published on Twitter:

The confusing state of the M2 MacBook Pro in 1 charthttps://t.co/wwrj57IUr2 pic.twitter.com/5XynqgFYRn

Because the new Air costs the same as the new Pro — both are $1,500, fully loaded — there are not a lot of reasons to recommend picking the Pro when it is compared side by side with the Air. It’s a bit confusing and doesn’t really feel like the Pro is all that, well, “pro.”

Surely, more changes are coming to Apple’s computer lineup as it starts to iterate on M2 as it did with M1, but the performance of a chip is not the only reason someone gets a new computer. The design of the new Air seems to get that, in stark contrast to the Pro.

Considering how Apple has been blasting home runs since the first Apple silicon-equipped computer was announced almost two years ago, this feels like a rather soft infield hit.