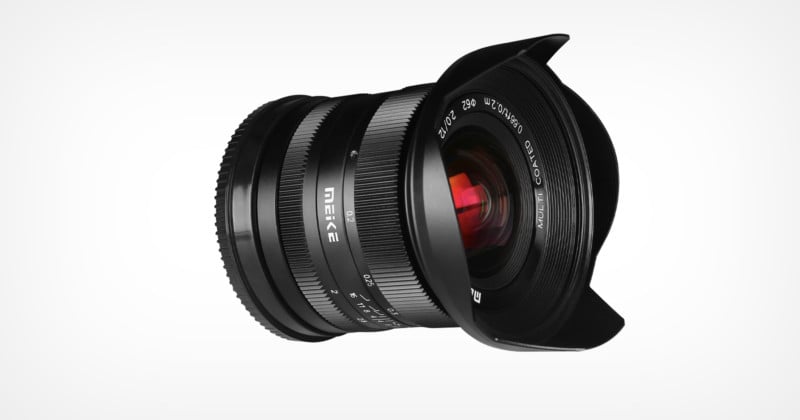 The new optic is fully manual and is available for Sony E-mount APS-C cameras, Canon EF-M, Fujifilm X, Nikon Z, and Micro Four Thirds. It also does not offer any electronic connection with a camera.

The 12mm f/2 is constructed of 12 elements aligned in nine groups, two elements of which are aspherical. It operates with a minimum focusing distance of about 7.9-inches (20 centimeters) and has an aperture range from f/2 through f/16. Meike did not provide any information on how many blades its aperture diaphragm is made from nor if there are any other specialized optics in its construction. It also has a flanged outward hood, which accepts a filter size of 62mm. 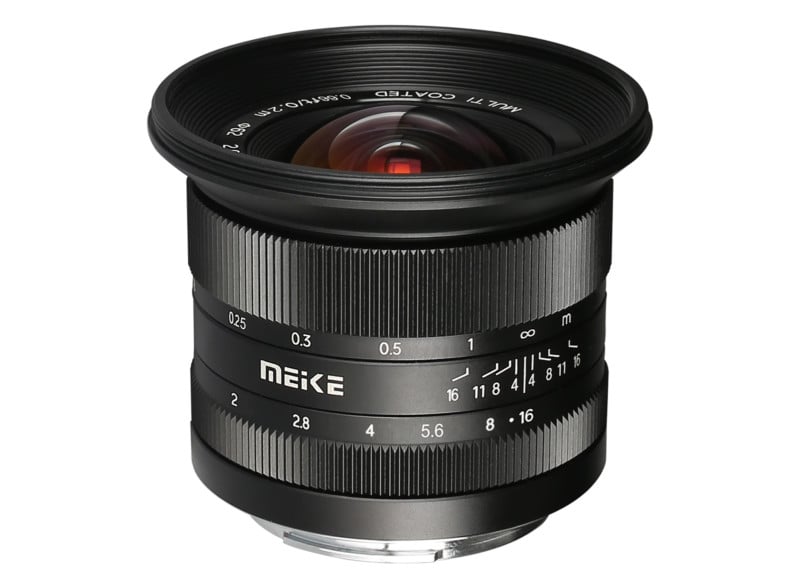 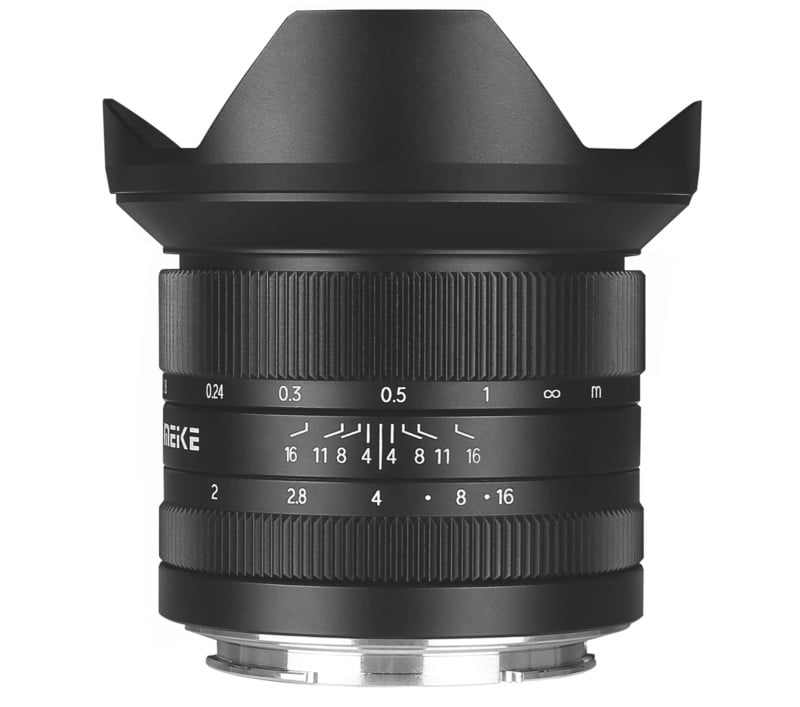 With a motto of “realize your vision,” Meike says it has set out to fulfill that by offering less costly gear that enables content creators to focus more on art and less on saving up for expensive equipment. The company was founded in Hong Kong and has branch offices and factories in mainland China. Since its founding in 2005, Meike has focused mainly on producing camera accessories, including camera cages, camera grips, flash attachments, and other gear but has recently shifted to creating optics for a varity of camera mounts. 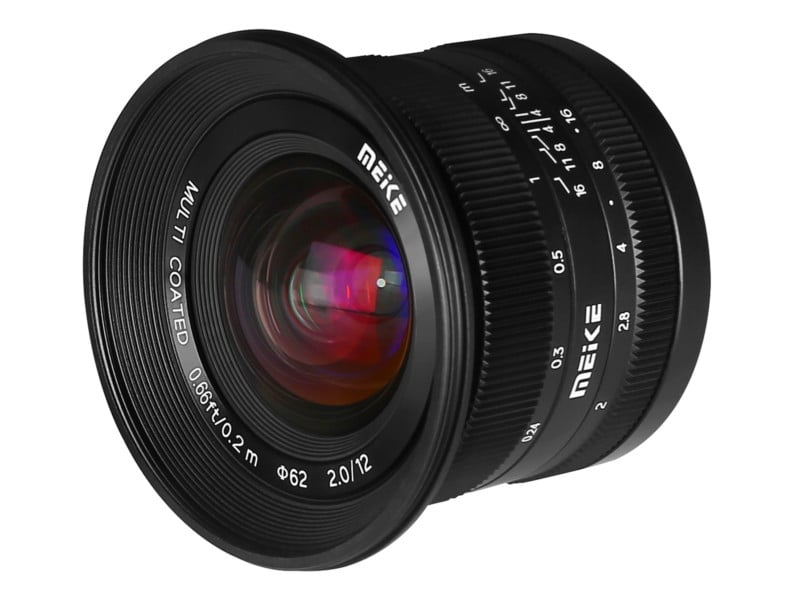 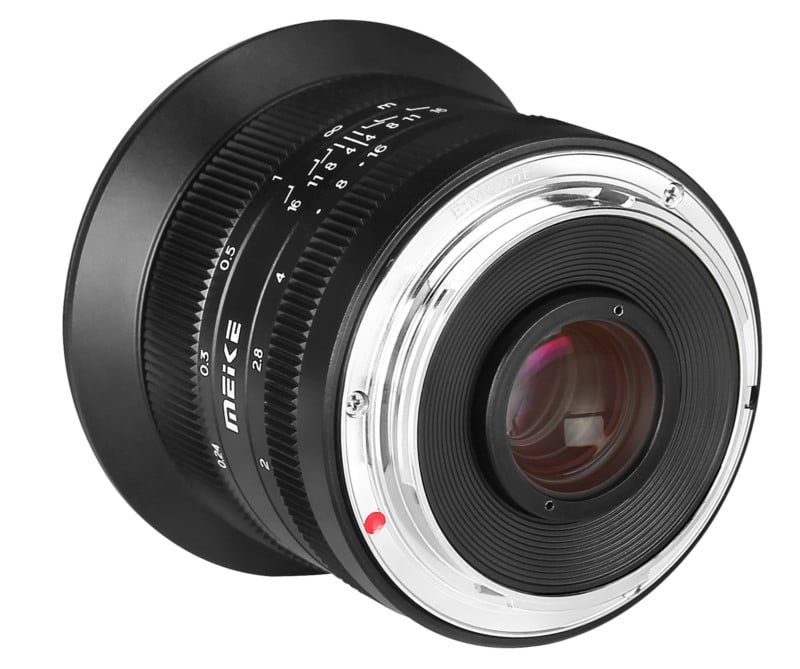 The company offers a lineup of cinema-grade professional prime lenses as well as an expanding offering of consumer-grade photography lenses, all of which Meike says are designed to arrive at an affordable price.

Moving into the consumer space, Meike has begun offering a series of full-frame, APS-C, and Micro Four Thirds cameras. The new 12mm f/2 joins the already existing, but albeit slightly slower 7.5mm f/2.8, as well as prime lenses as wide as 3.5mm circular fisheye to a 35mm large aperture f/1.4.