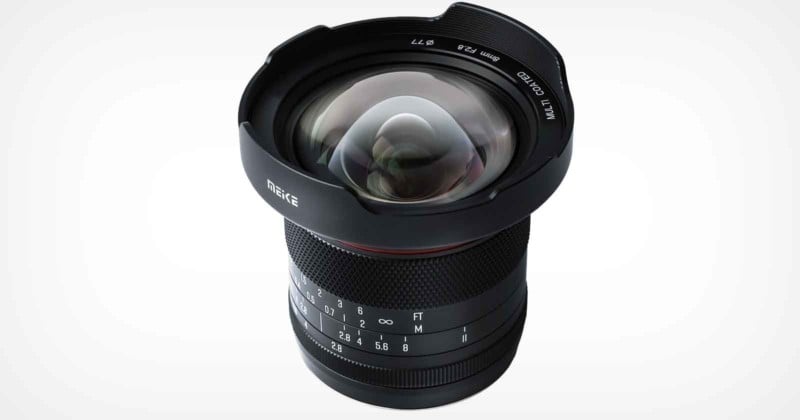 The latest in the growing line of still image lenses, the new Meike 8mm f/2.8 is a fast ultra wide angle lens that the company promises has little distortion or chromatic aberration. The lens is constructed of 17 multi-coated elements arranged in 12 groups. The company doesn’t specify any kind of special optics in the formula. Other features include a knurled focus ring with standard distance calculations printed on the barrel for easy reference and an aperture control ring that controls an aperture range of f/2.8 through f/22. The lens is designed with a standard micro-four thirds lens mount and weighs one pound. 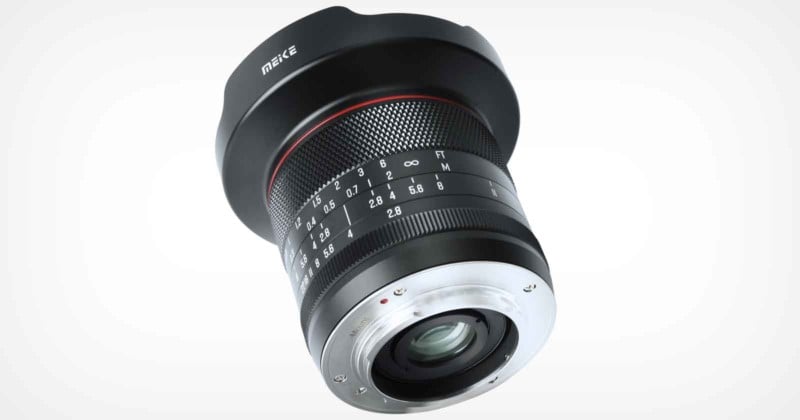 The Meike 8mm f/2.8 comes with a lens cap and mount cover and is available for $400 either through Meike directly or through a set of authorized resellers.

Releasing several lenses all at once seems to be Meike’s production strategy. In 2020, Meike dropped four lenses in quick succession: a 50mm f/1.2, an 85mm f/1.8, an EF to RF adapter, and a 25mm f/1.8. After that, the company went relatively quiet until this past May. Given that schedule, it’s possible Meike has one or more lenses planned for 2022 before the company slips off for a while to work on its next batch of optics.

Update: An earlier version of this story incorrectly identified the lens as a fisheye rather than an ultra-wide. We apologize for the error.