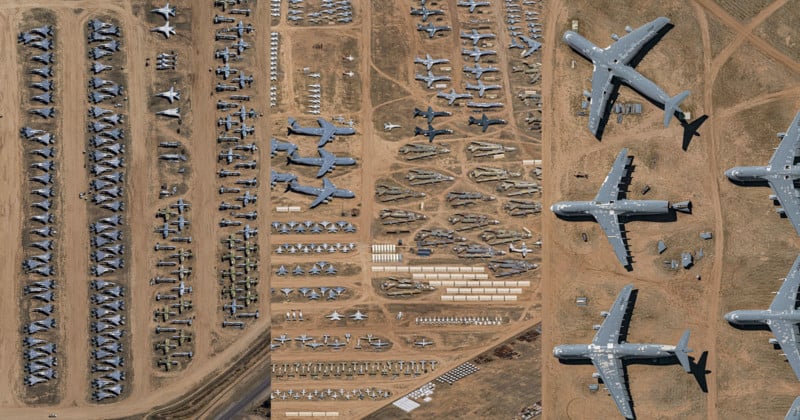 Lang aerially photographed the 309th Aerospace Maintenance and Regeneration Group (309th AMARG) — better known as the Boneyard — in Tucson, Arizona, in March 2022. It is the world’s largest aircraft storage and preservation facility and holds almost 4,000 aircraft. 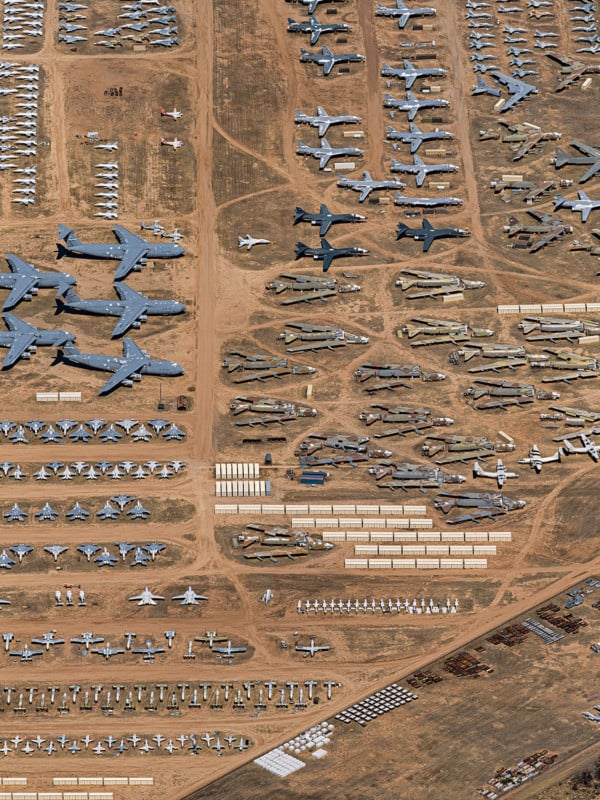 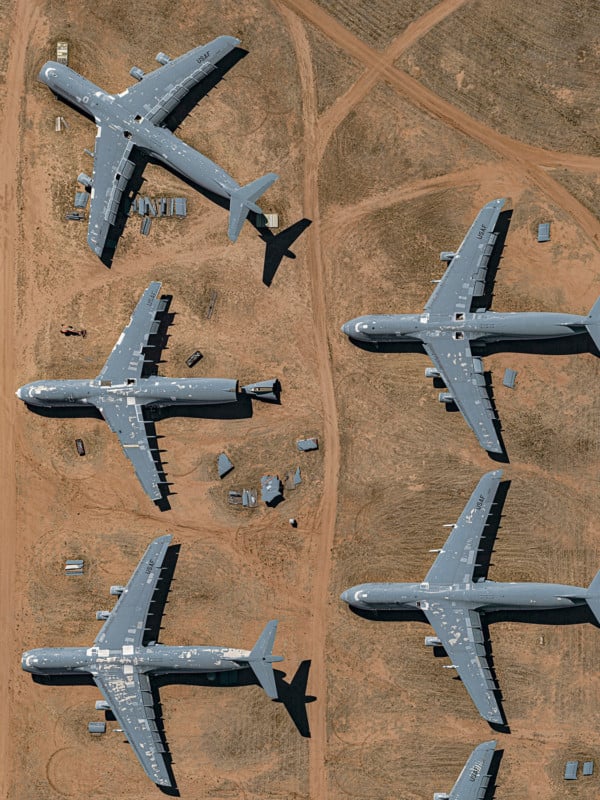 The German photographer’s mesmeric pictures show military and civilian aircraft laid out in neat rows contrasted by the orange-tinged earth of the Arizonian desert. He’s previously photographed beverage crates from the air.

Some of the planes look ready to be called into action, while some have tails and wings missing or are severely rusted. Speaking to PetaPixel, Lang explained that the site caught his attention after observing photos taken from the ground of the Boneyard. 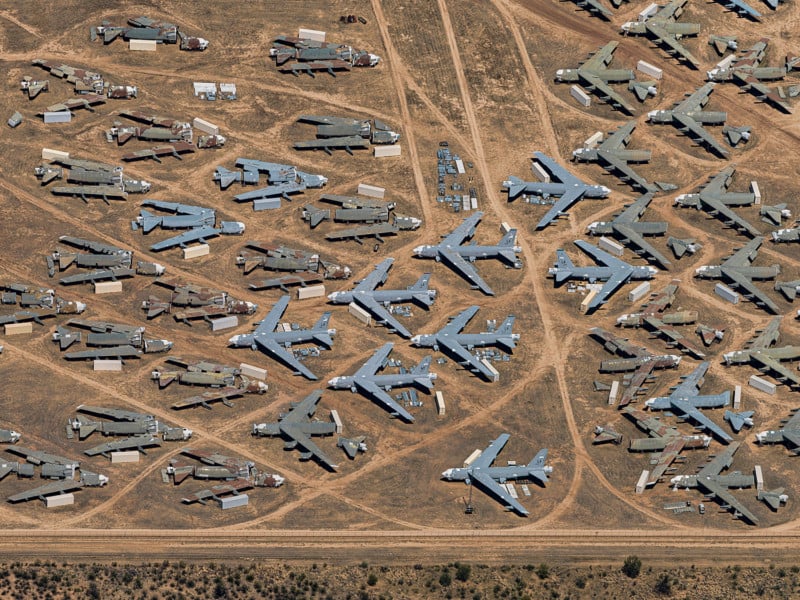 “I found it quite interesting with its long rows of aircraft. So I thought this might look graphically interesting in particular from above,” explains Lang.

“Of course, you can’t fly over this military-related place without asking before — and especially as there’s also an active military airport right next to it. 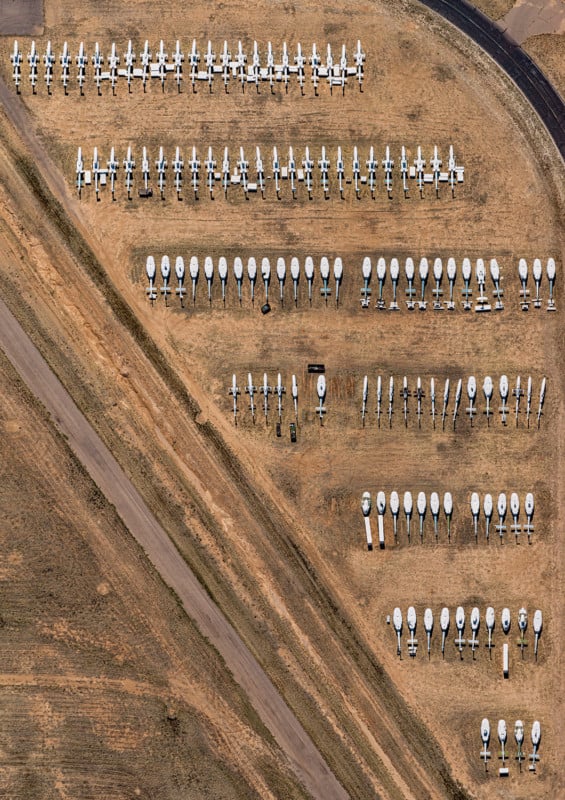 Each row is organized by model and size, including civilian airliners that were retired after the demand for air travel plummeted because of the Covid pandemic.

The Boneyard covers 2,600 acres and military aircraft are either parked during temporary non-use or cannibalized and recycled. Usable components are removed and resold, raw materials are sorted and sent for recycling. 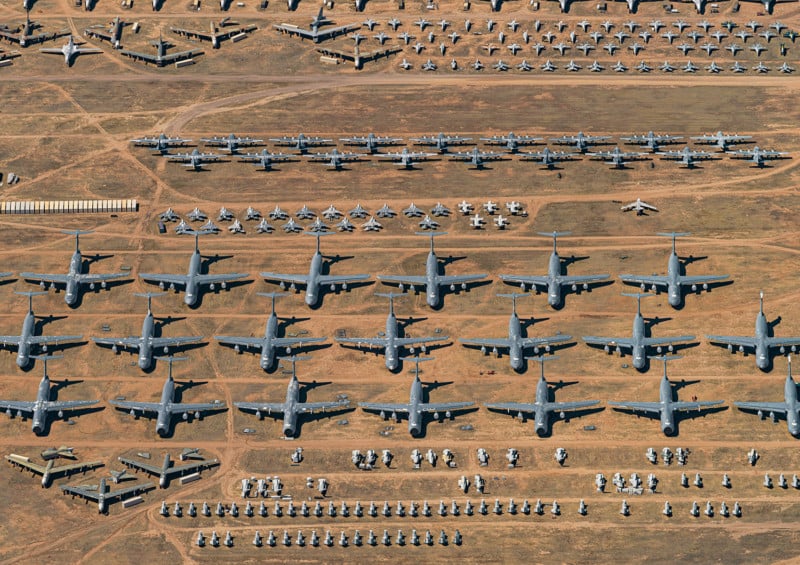 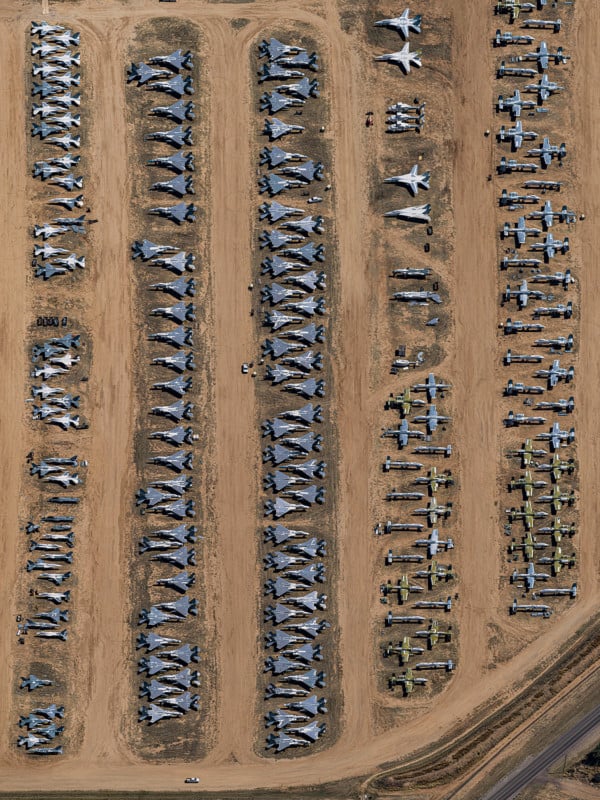 The Boneyard, despite its name, also houses planes that might harbor some hope of flying again, a topic brought into focus by the war in Ukraine and the need to deliver arms to the country to help it resist the Russian invasion.

“The Boneyard is designed for preservation in order to make the planes airworthy again if necessary. I think a current topic in times of the Ukraine war and the global discussion about deliveries of arms,” Lang says. 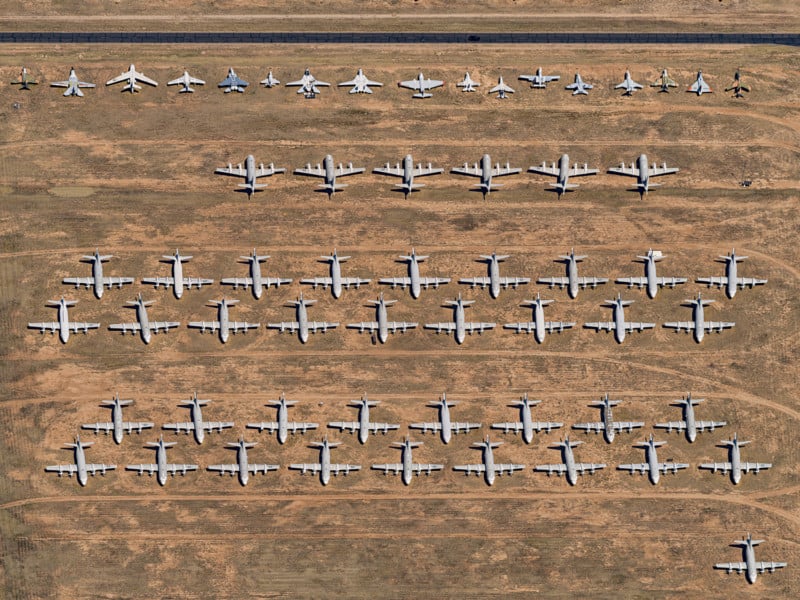 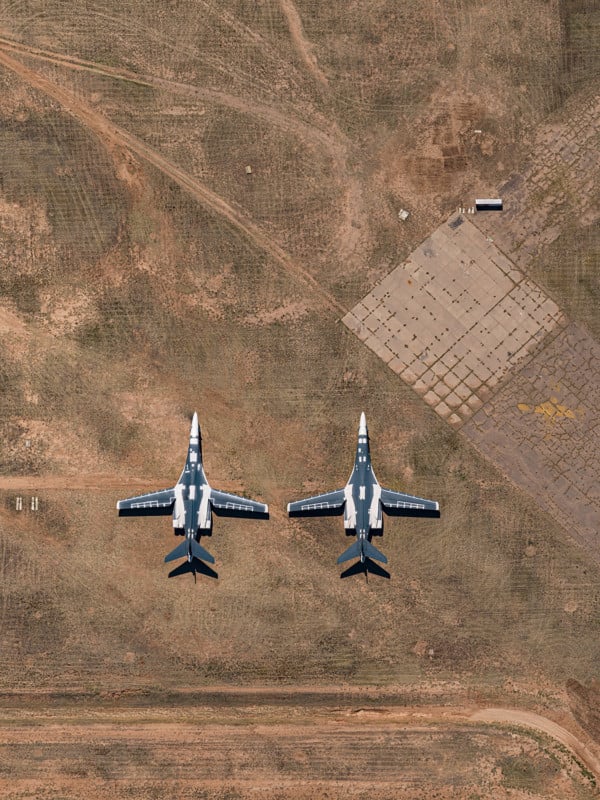 “Visually standing out to me were the real big C-5A Galaxy transport machines in blue color and the well-known B-52 Bombers. And there were also huge amounts of helicopters wrapped in white, which caught my eye.”

The arid desert climate makes the 309th AMARG an ideal location for storing aircraft because there is very little humidity in the air that would corrode metal. Furthermore, the surface is hard so that aircraft do not sink into the ground.