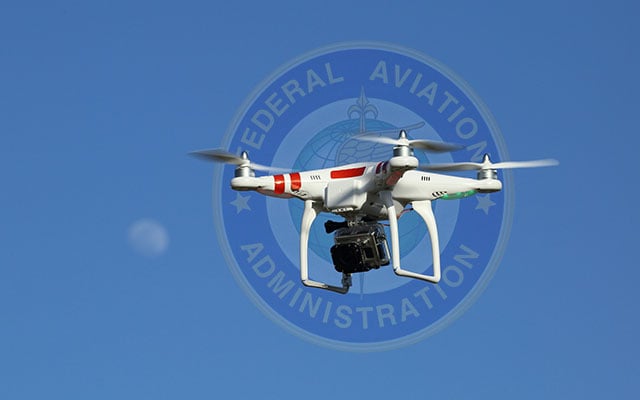 A newly leaked document by the Federal Aviation Administration may offer a first look at upcoming regulations for drones, and the laws discussed appear to be somewhat favorable for photographers who fly camera drones.

Forbes first reported on the leak, which was spotted on the governments Regulations.gov website by a man named Steve Zeets:

@GregoryMcNeal @RedHelicam it was on the FAA http://t.co/i3AM27YwqX yesterday 4pm Central. After I opened it, got removed. I saved a copy.

It appears the document was published prematurely, but it was up long enough for Zeets to snag a copy. Here’s the leaked document:

The leak appears to be an economic analysis report of upcoming regulations for small drones. If this document is authentic and if it discusses regulations that have already been decided upon by the FAA, then…

The FAA Will Soon Allow for Commercial Usage of Drones

The document starts out by announcing that the FAA is deciding to move forward with making drones available for non-recreational usage. It states that:

[…] the FAA has decided to proceed with […] allowing low-risk small [Unmanned Aircraft System] operations to be incorporated into the [National Air Space] […] This proposed rule would allow small UAS that weigh less than 55 pounds, to be operated non- recreationally in the NAS.

The Government Recognizes the Benefits of Drones

The FAA says it has analyzed the benefits and costs associated with drone usage, and has determined that commercial drone usage would have significant economic and social benefits:

We determined that this proposed rule would: have benefits that would justify its costs; would potentially have an economic impact of greater than $100 million per year in terms of benefits (which might be derived from new small UAS businesses and applications) and thus would be an economically “significant regulatory action”

Aerial Photography is a Priority

The FAA analyzed only “four potential UAS markets,” and the first of them was aerial photography. The other three are precision agriculture, search and rescue/law enforcement, and bridge inspection.

Drone Photography is a Safer Alternative

The agency writes that using drones to shoot aerial photos can be both cheaper and safer than using a heavier aircraft. They would pose less risk to the public in the event of an accident and “would also generate significant cost savings to the economy.”

“Small UAS could be used in photography operations such as photographing real estate, commercial buildings, certain towers, bridges, or parks,” says the FAA.

The agency studied the safety of this usage by reviewing 17 aerial photography accidents between 2005 and 2009. For two of the cases, the “activities could have ended in fatalities and could have been performed by a small UAS rather than by a manned helicopter,” the FAA concludes.

One of the big themes in the document appears to be “minimal regulatory burden.” After considering different ways to regulate drone usage, the FAA concluded that some of them were “too complex and burdensome for both the public and the FAA.

The government wants to make drone usage possible in a way that provides safety to the national air space with the “least amount of burden to business and other non-recreational users of” drones.

Some of the Proposed Rules

The FAA says it will not require a commercial pilot certificate for flying drones, saying that imposing this restriction would be “unduly burdensome.” Instead, the document speaks of a new “unmanned aircraft operator certificate” that’s issued through an “aeronautical knowledge test” that costs less than $300 and will need to be renewed every two years.

One Category of Drones

There was previously talk of creating a separate subcategory for tiny drones, but the FAA is deciding to group all small drones in the same category in order to more efficiently regulate the industry.

No Inspections of Drones

The FAA considered having inspections for maintenance of small drones but decided that the benefits of doing this wouldn’t outweigh the costs, as small drones pose significantly less risk to people on the ground.

Drone operators will likely be required to maintain a visual line of sight with their aircraft at all times “with human vision that is unaided by any device other than spectacles or contact lenses.”

Flight Must be Between Sunrise and Sunset

The agency considered allowing drone flight after sunset and before sunrise, but decided that “flying at night would limit the small UAS operator’s ability to see people on the ground and take precautions to ensure that the small unmanned aircraft does not pose a hazard to those people.”

Flight Must Be Below 500 Feet

Flight higher than 500 feet would “likely require greater levels of operator training, aircraft equipage, and some type of aircraft certification in order to avoid endangering other users of the NAS,” but since the FAA wants to “regulate the lowest-risk small UAS operations while imposing a minimal regulatory burden,” flights must be below 500 feet.

Those are some of the main points of the document that are relevant to photographers interested in using camera drones for commercial aerial photography. Assuming the leaked document was authentic and up to date, this may be the first solid glimpse of the laws that will soon arrive to govern aerial camera drones.