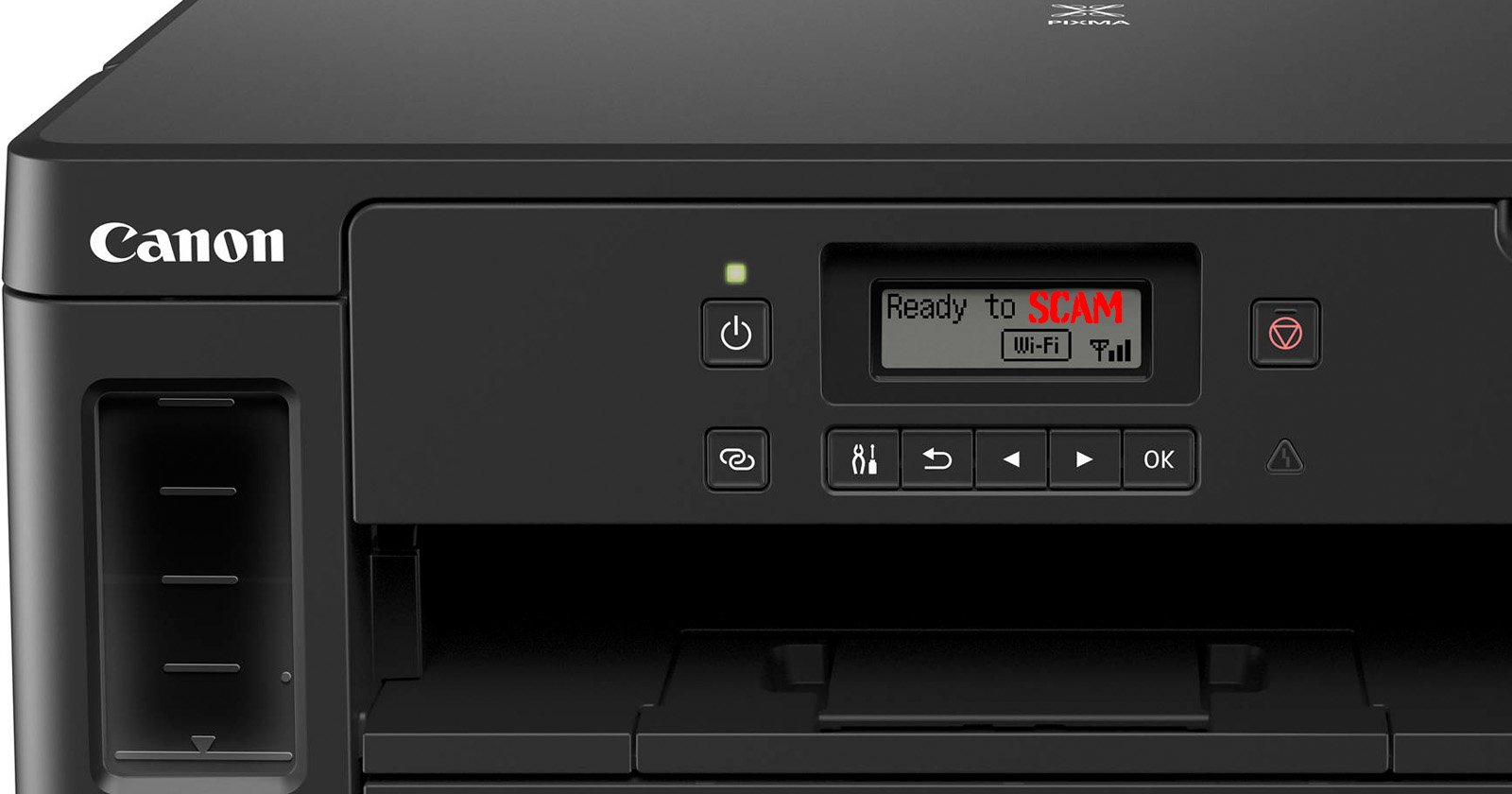 A long-running scam targets frustrated Canon printer owners who are looking for the right drivers. They find themselves on fake customer service websites that lure them into handing over cash or even control of their computers.

Gizmodo has uncovered several fake websites that are run by scammers that claim to offer the drivers required to operate Canon printers. Drivers are a type of software that allows hardware to work in tandem with software and printer drivers are notoriously finicky. The scammers prey on frustrated users who just want their new printer to work.

The scam preys on a very specific kind of user. According to a list of complaints that Gizmodo received after it filed a FOIA request with the Federal Trade Commission (FTC) describes a number of people who were just looking for a driver for their new Canon printer and instead were met with websites that promised to offer a solution, but instead stole from them.

According to the report, one of the main reasons this scam is effective is because Canon’s official website doesn’t always work. Gizmodo says that while researching its story, it attempted to navigate to usa.canon.com — Canon’s official USA-based website — and encountered an “unexplained error.”

PetaPixel was unable to replicate this error.

After a user is unable to access Canon’s official website, they likely feel forced to check elsewhere, and as a result these scams all start in the same way. As a desperate user searches for other options, they come across scammer websites, a subset of which are below:

None of those sites are legitimate. When an unsuspecting user attempts to download a driver from any one of these or other fake websites (which are designed to look like the real thing), the driver will fail to download. At that time, a customer service window will pop up and offer to help diagnose the “problem.”

According to Gizmodo, at this point sometimes the scammers will simply ask for a fee to “fix” the made-up problem, but there are other reports where the scammers will ask the unsuspecting victims to hand over remote access to their computers.

Gizmodo has published multiple first-hand complaints that were filed with the FTC that describe very similar approaches from the scammers. The publication was not able to verify any of the complaints because the FTC redated all identifying information, but comparing them to one another shows similar tactics.

Canon did not respond to multiple requests for comment from Gizmodo and did not immediately respond to a follow-up request from PetaPixel either. Gizmodo’s full report can be read on its website.

Update 5/12: After publication, Canon responded to PetaPixel and while the company did not have a comment to share, it does have a page on its website that warns against these types of scams.