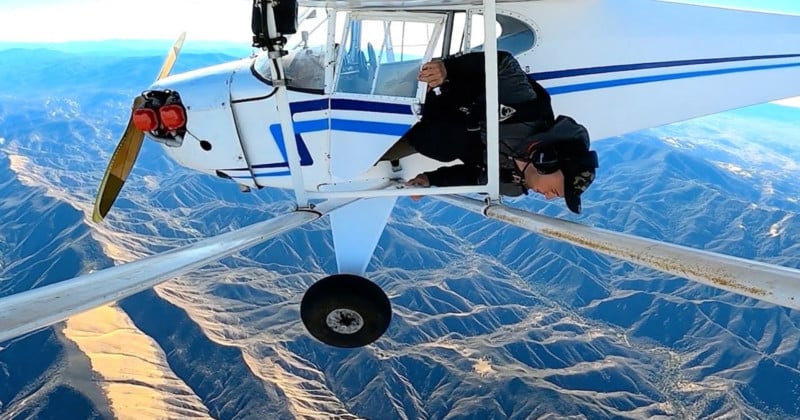 The Federal Aviation Administration (FAA) has revoked the pilot license of influencer Trevor Jacob after it found that he intentionally crashed his plane for the purpose of making a viral YouTube video.

Last December, Jacob published a video where he shows himself jumping out of his airplane mid-flight. Jacob maintains that he did so after the plane malfunctioned and the resulting video went viral and has to date accumulated more than 1.78 million views.

But the FAA disagrees with Jacob’s account and alleges that the YouTuber purposely abandoned the plane and allowed it to crash into the Los Padres National Forest in Southern California for the purposes of creating a viral internet video.

According to the New York Times, the FAA sent Jacobs a letter on April 11 in which it said he violated federal aviation regulations and operated his single-engine plane in a “careless or reckless manner so as to endanger the life or property of another.”

In the video, Jacob can be heard stating a flurry of expletives when the propeller stops spinning. He then opens the left door and jumps out with a parachute and abandons the aircraft mid-flight. Through the process, Jacob holds a selfie stick to film his escape. There are also clearly multiple other cameras on the plane: at least two cameras fixed outside on the wings in addition to the one in his hand, which may lead to the assumption that the entire flight was designed to be caught on video and provide as many angles as possible.

There are a number of actions that Jacob takes that are in contrast to how a responsible pilot would act if a plane were to malfunction. The FAA found that Jacob opened the left side pilot door before he claimed the engine had failed and made no attempt to contact air traffic control on the emergency channel. He also made no attempt to restart the engine nor did he look for a place to make an emergency landing, despite an abundance of locations within gliding range. The FAA adds that Jacob recovered and then disposed of the wreckage afterward. As a result of its findings, the FAA has revoked Jacob’s pilot license.

In speaking to the Times, Jacob seemed unaware of the FAA’s ruling. In a recently recorded video, above, Jacob says that he was instructed not to discuss the situation with the FAA per his attorney, but added that the truth of the situation “will come out with time.”