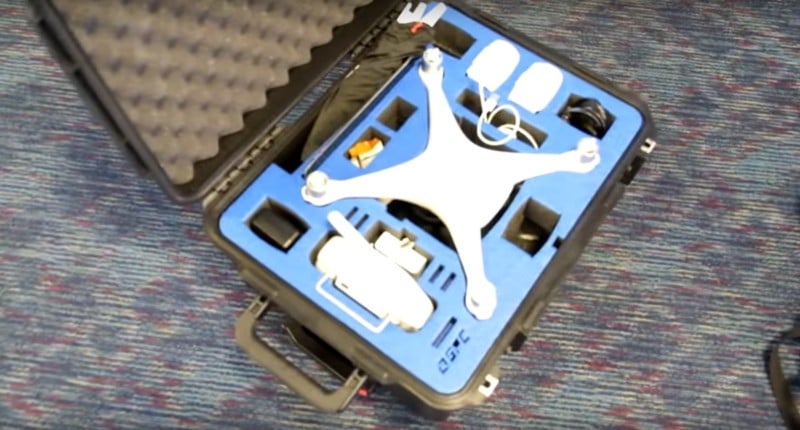 Colin Smith of photoshopCAFE recently got kicked off his Southwest Airlines flight. And according to Smith, it wasn’t because he was carrying something dangerous or causing a scene or taking pictures when he wasn’t allowed—no, he was kicked off for being a responsible drone owner.

Smith explains the whole ordeal in the video below, but the gist is as follows:

There was no more overhead space left on the plane for his DJI drone and so he was asked to check it. When he head this, he respectfully informed the flight attendant that Li-po batteries are to be carried onto planes, not placed in cargo according to the FAA. Shortly after, he was called forward and kicked off the plane at the express request of the pilot.

The most frustrating thing here, and Smith says as much, is that he was penalized for being responsible. “If I had said nothing, [the flight attendant] would have taken that bag, checked it in underneath the plane, I would have flown home no problem at all,” he says in the video. “But I took safety first […] by obeying the regulation I got kicked off the airplane.”

To Southwest’s credit, the aforementioned Ops Supervisor did take care of Smith afterwards (and was quite embarrassed by the sound of it). But the fact that nobody affiliated with Southwest even knew the legal requirements in this case is, at the very least, a bit troubling.

As for Smith, he ends the video with a few tips that’ll help you avoid going through something similar the next time you’re flying with any camera equipment that includes (LEGAL) Li-po batteries.

The Photographer IS the Selfie Stick in These Creative Promo Mailers

Raspberry Pi Camera Gets Its First Upgrade, 8MP and Better in Low Light