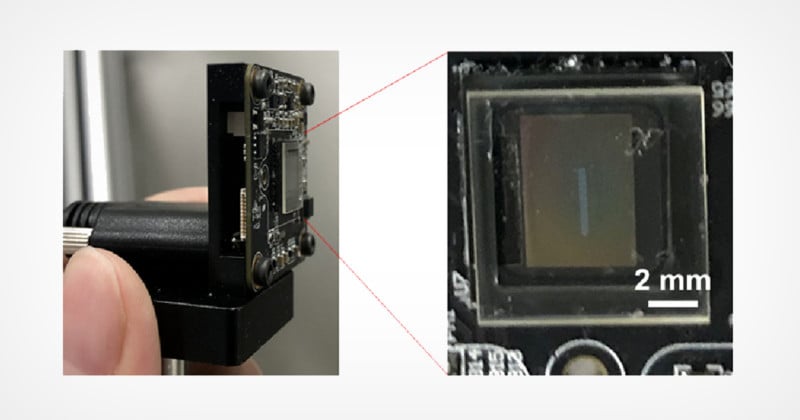 The development in metalens technology continues, and researchers have designed a new compact camera that takes high-quality wide-angle photos and eliminates the typical bulk of optics.

Researchers from Nanjing University in China have created an ultra-thin camera that is a scant 0.3 centimeters thick but can still produce clear images with a viewing angle of more than 120 degrees. On a full-frame camera, that’s equivalent to about a 10mm lens.

Wide-angle photography is usually achieved by combining multiple lenses that stack with each other to both visualize a scene and then correct for various aberrations. Even when miniaturized into something like a smartphone, the result is a camera with notable bulk.

Metalenses have been a topic of research for some time. Instead of using traditional glass or plastic optics, metalenses instead use nanostructures to focus light. Because they work on a single surface, they don’t require any kind of optic and can remain flat.

Previous attempts at using metalenses to create wide-angle cameras have been, in particular, more challenging and have had poor image quality among other issues.

But the Chinese researchers, who published their report on Optica, were able to solve these problems by using an array of metalenses that were each carefully tuned to focus on a range of angles, which allowed each lens to clearly image part of a wide-angle scene. These clear angles were then combined together to create a final image.

“To create an extremely compact wide-angle camera, we used an array of metalenses that each capture certain parts of the wide-angle scene,” Tao Li, lead researcher of the project, says. “The images are then stitched together to create a wide-angle image without any degradation in image quality.”

Li says that thanks to the flexible design of metasurfaces, the focusing and imaging performance of each can be optimized independently.

“This gives rise to a high-quality final wide-angle image after a stitching process. What’s more, the array can be manufactured using just one layer of material, which helps keep cost down,” he explains.

A Super-Wide Field of View

To demonstrate the new approach, the researchers used nanofabrication to create a metalens array and mounted it directly to a CMOS sensor. The result was a planar camera that measured about 1 × 1 × 0.3 centimeters. They then used this camera to image a wide-angle scene created by using two projectors to illuminate a curved screen surrounding the camera at a distance of 15 centimeters. The team then pointed it at the words “Nanjing University” to gauge its fidelity.

Compared to a single traditional metalens, the planar camera produced an image that showed every letter clearly with a viewing angle of more than 120-degrees, three times wider than a normal metalens camera and without losing image quality.

Li and the team say that the camera demonstration proves that the method works and plans to enlarge the diameter from 0.3 millimeters to between one and five millimeters to increase the imaging quality. They believe that after this and associated optimization, the result could be mass-produced and deployed in a number of devices, including smartphones.