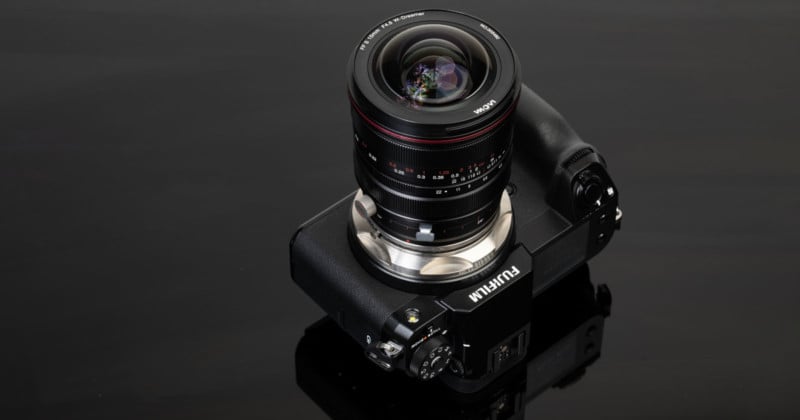 Venus Optics has announced a new “red ring” version of its Laowa 15mm lens. Called the 15mm f/4.5R Zero-D Shift lens, it more than doubles the number of aperture blades of the “blue ring” version but doesn’t raise the price.

The 15mm f/4.5 Shift lens was originally launched in October of 2020 and earned the title of world’s widest shift lens with its 65mm image circle and 360-degree rotation capabilities.

Venus Optics will now offer two versions of the lens, a blue ring and a red ring option. The blue ring will remain with the original five-bladed aperture while the red ring will feature a new 14-bladed option.

Venus Optics also will make both versions of the lens available in Fujifilm G mount, which means that because of the number of mount options the company makes available, most cameras on the market will be able to use the lens natively without any adapters.

Venus Optics says that the Laowa 15mm f/4.5R Zero-D Shift was made with a 14-bladed aperture to allow it to produce 14-pointed sunstars. The company says that compared to the previous five-bladed version, the sunburst effect with 14 points is softer and subtler. Venus Optics says it is making both versions of the lens available to give architecture photographers more options for their work where there are often many strong light sources and reflections in windows to consider. 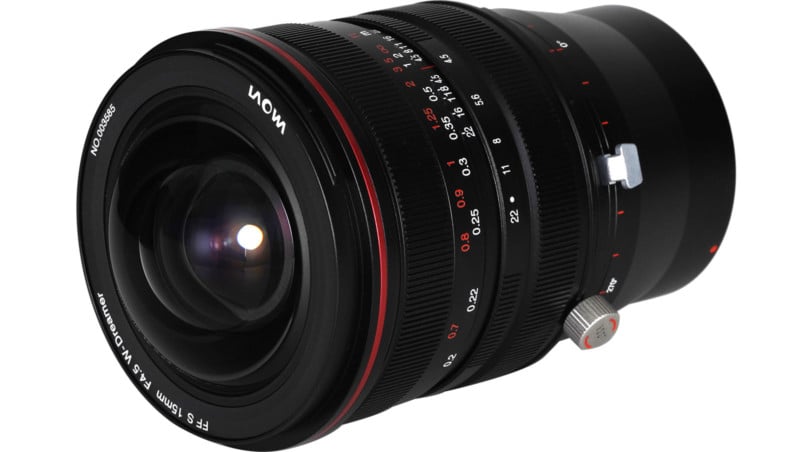 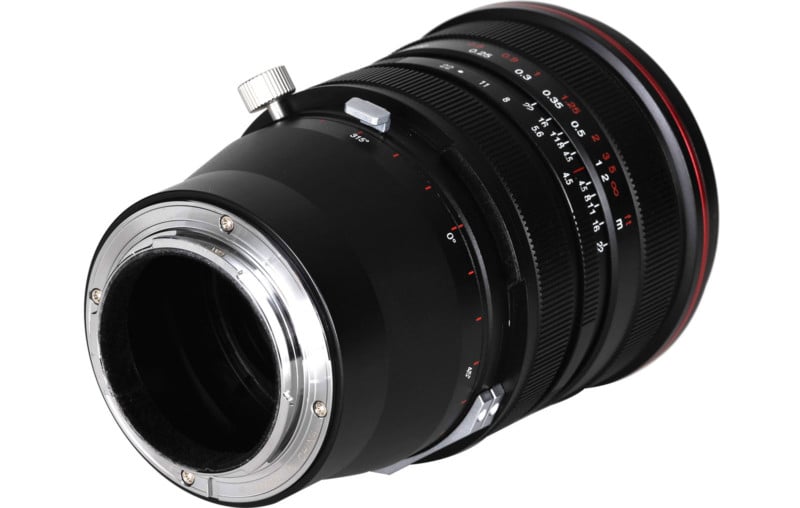 The addition of nine more blades also has an effect on how the lens renders out of focus areas. The new red ring version creates a rounder bokeh that is smoother and, according to Venus Optics, more appealing for shots of cityscapes at night.

Venus Optics still touts either version of the Laowa 15mm f/4.5R Zero-D Shift as the world’s widest shift lens, with a 100-degree angle of view and 65mm image circle. The lens has a maximum possible shift amount of plus or minus 11 degrees on full-frame cameras and plus or minus 8mm on medium format cameras. The company says that the ultra-wide angle with well-controlled distortion gives greater flexibility to capture buildings, architecture, and interiors. The lens has a close focusing distance of 20mmm.

Below are a few sample images captured on the new 15mm f/4.5R Zero-D Shift lens. 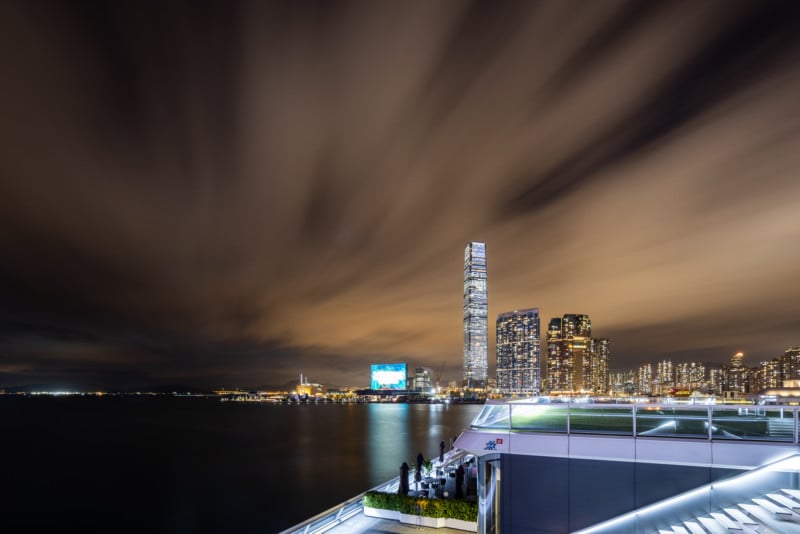 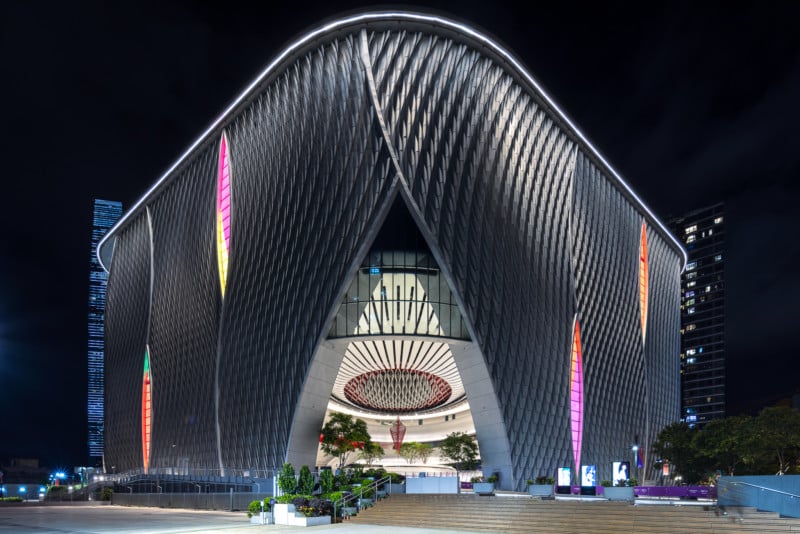 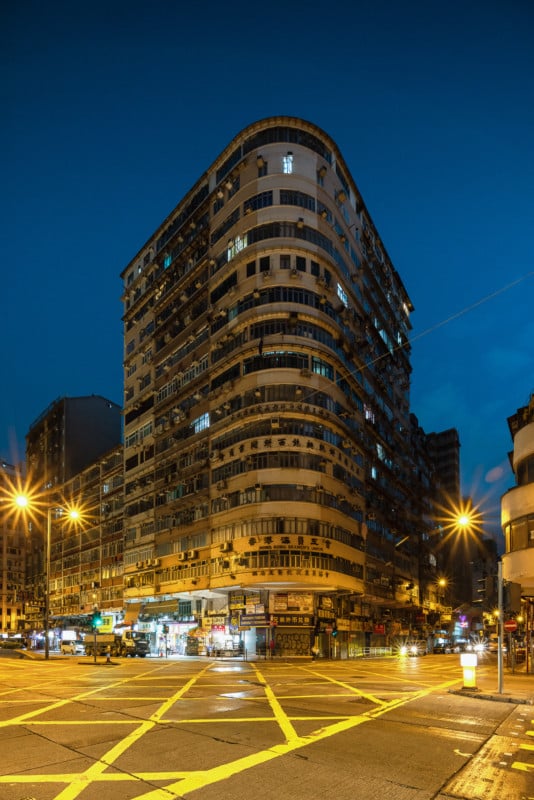 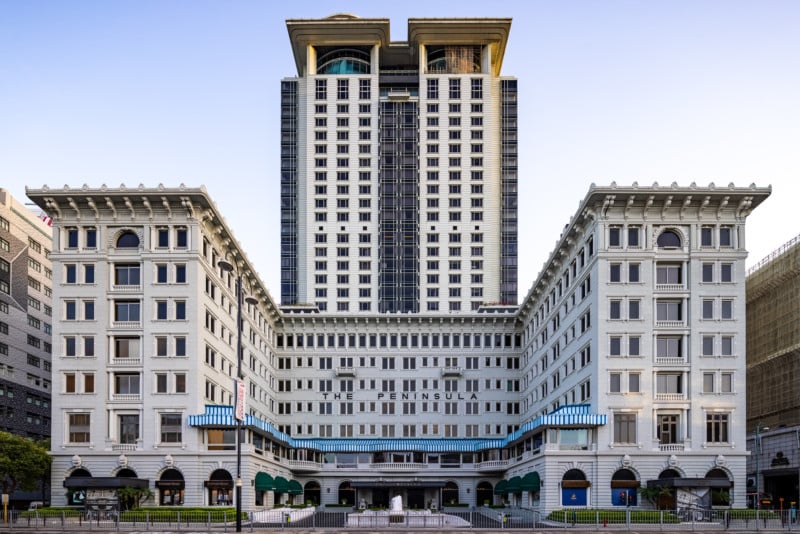 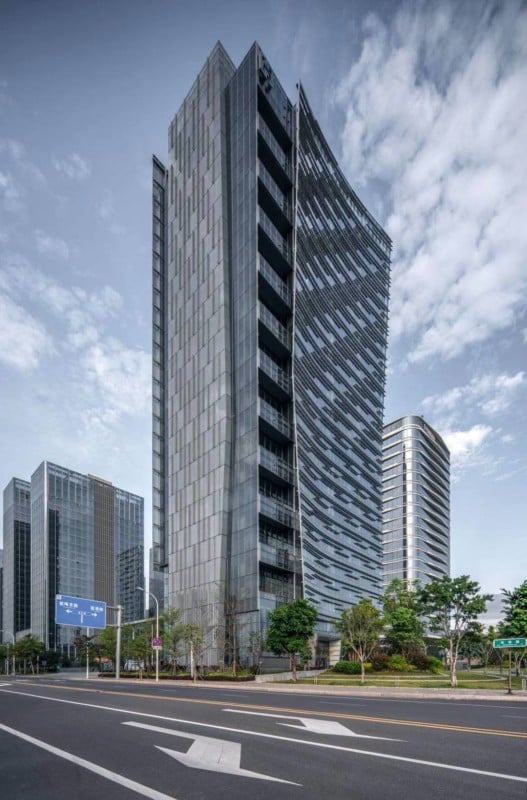 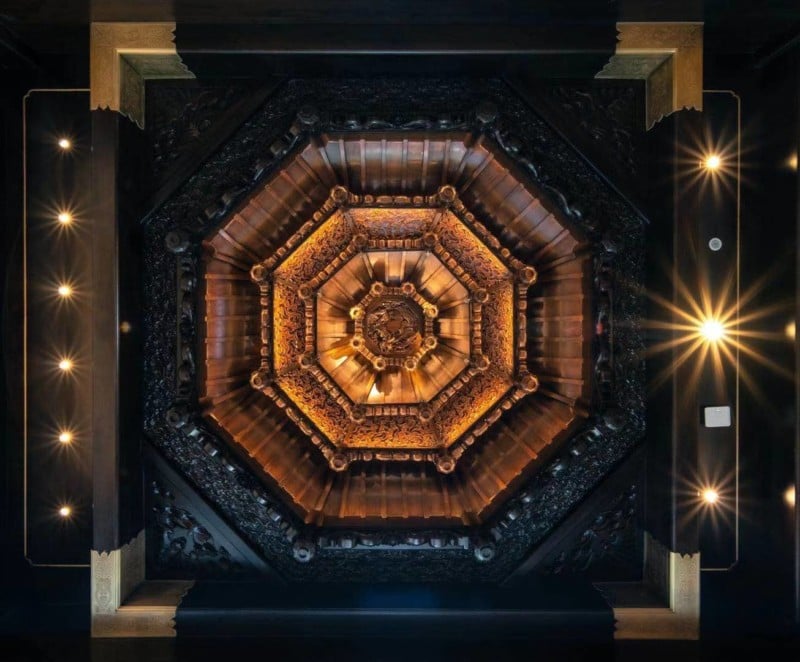 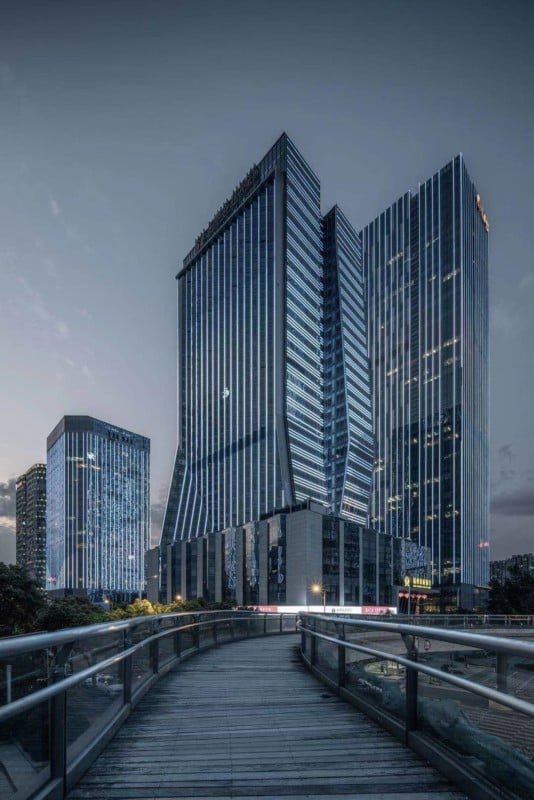 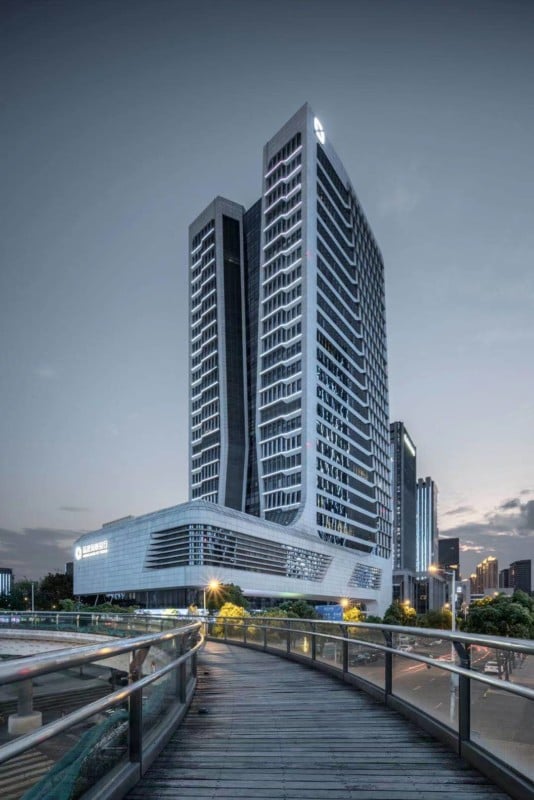 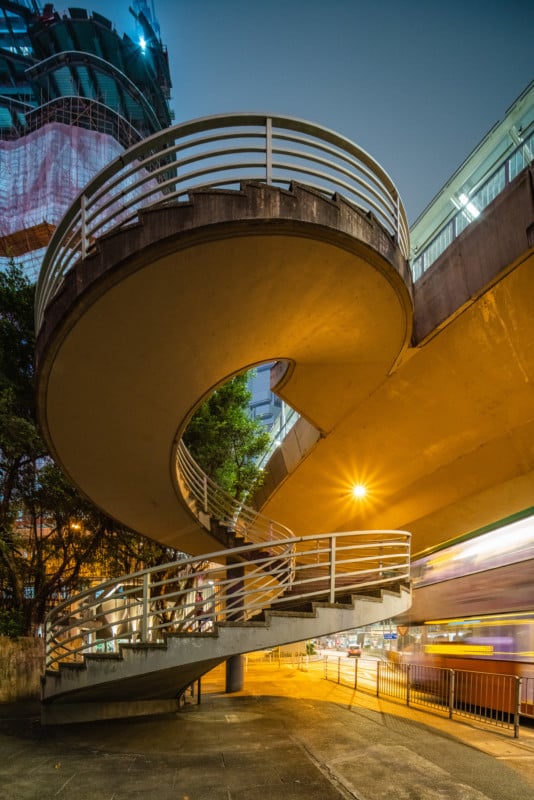 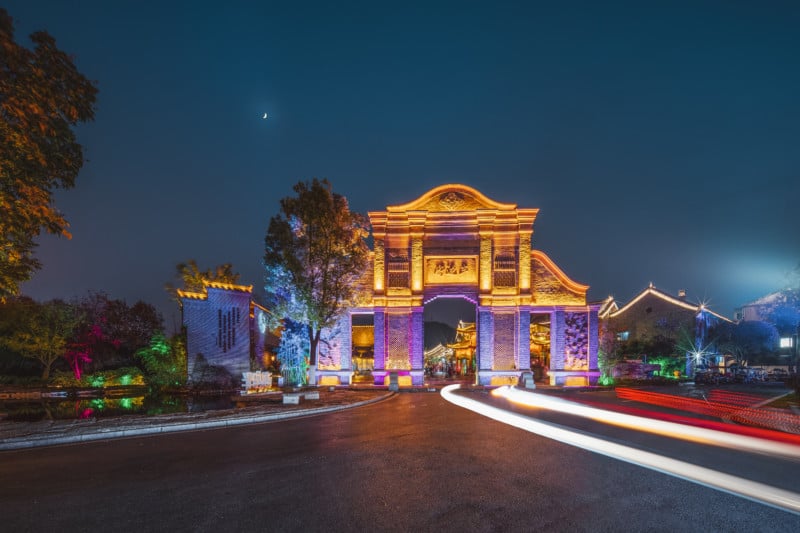 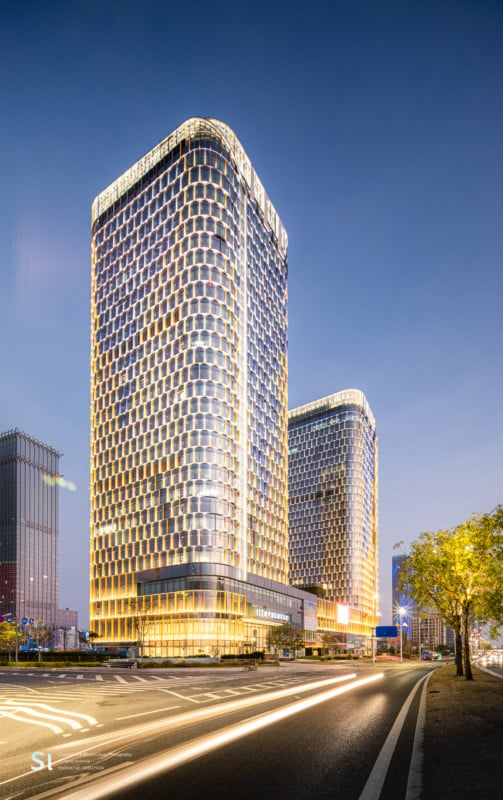 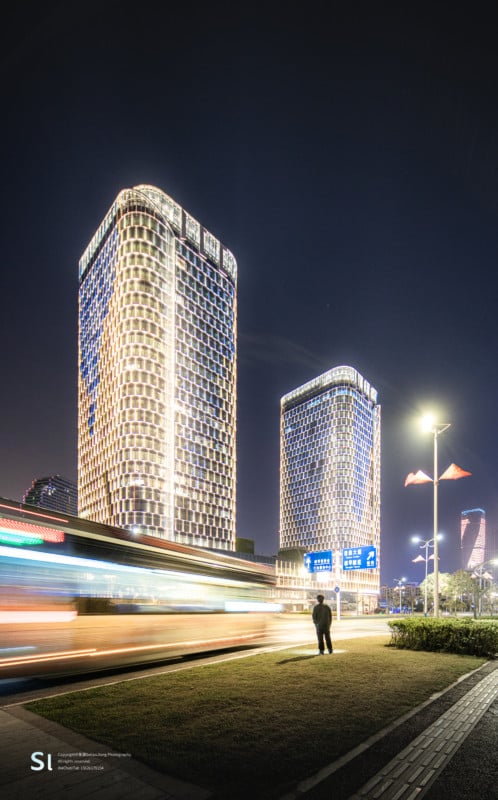 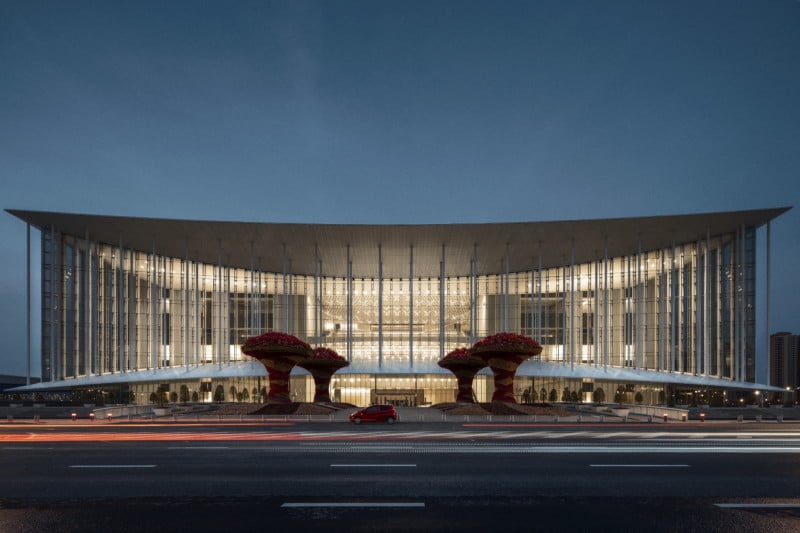 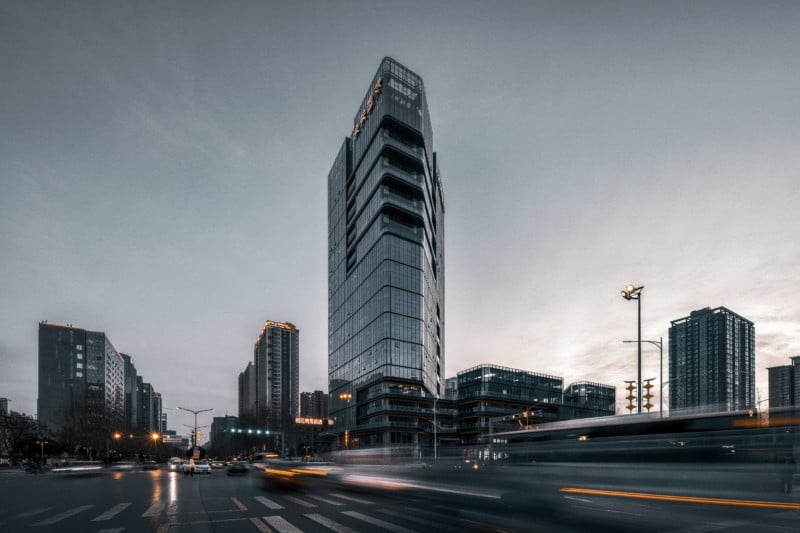 The Laowa 15mm f/4.5R Zero-D Shift is available for $1,199, which is the same price as the five-aperture version. As mentioned, Venus Optics is now making a Fujifilm G-mount version of both the red and blue ring lenses available as well.