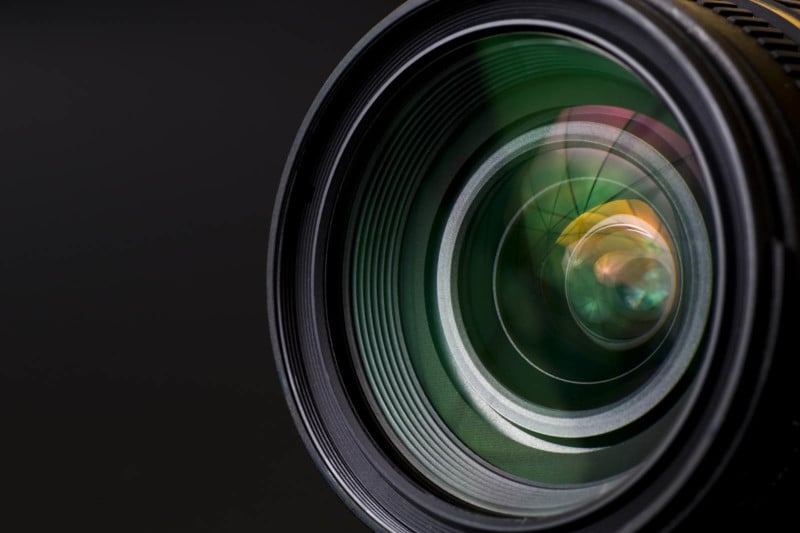 In recent years, some lens designers have updated their lenses with new lens coatings. For instance, Pentax’s newest limited lenses feature an existing optical design with only a few improvements, including a better lens coating.


When testing such lenses, reviewers generally agree that new lens coatings significantly improve the image quality (especially contrast and flare), but never quite explain how lens coatings work. That is the aim of this article.

The Origins of Lens Coatings

Historically, coatings have been introduced to reduce light loss in optical systems. Indeed, each time the light passes from an optical medium to another, a fraction of the energy is lost because of a reflection phenomenon. This phenomenon of reflection occurs naturally on any type of surface between two materials, be it the surface of a river, a glass, or a mirror. The only difference is the amount of light reflected. For glass, it is commonly accepted that 96% of the light is transmitted and 4% is reflected.

The equation behind these numbers is:

For photographers, a major improvement occurred in the 1930s. In 1935, Zeiss engineer Alexander Smakula patented the first coating using multiple layers of chemicals. This design, as we will explain later, dramatically improved the performance of lens coatings and led to unprecedented levels of optical performance.

How Effective Are Lens Coatings at Improving Light Transmission?

Obviously, lens coating brings a great improvement to low-light photography. The improvement is all the more striking as the number of optical lenses used in photographic lenses tends to increase in modern designs. If in the early days of photography, it was common to use a lens doublet, it is nowadays common to exceed 15 lens elements in computer-designed lenses. Consequently, light transmission is an increasingly important matter for lens designers.

The Problems of Low Contrast and Lens Flares

There are other advantages to the use of coating on lenses. The energy that is not transmitted is reflected back and forth several times in the lens and ends up being added to the final image. At best, dark areas are illuminated by diffuse light, which results in lower dynamic range and contrast. At worst, a powerful light source from the scene also produces bright spots inside the image, known as flares.

In 2016, the lens manufacturer Zeiss conducted an interesting experiment to demonstrate the importance of lens coatings. The manufacturer produced two copies of the exact same lens, a 21mm f/2.8 Distagon, one with optical coatings and the other without.

Below are some of the images obtained by both lenses in the same condition. Overall, the image quality is drastically reduced for all the pictures taken with the lens without coatings.

The Physics of Lens Coating Designs

The design of a coating can be based on various physical principles. The list includes index-based methods, GRIN materials, polarization, diffraction theory, and even metamaterials…

With the simple coating proposed above, one can improve the light transmission from 96% to 97.8%. However, this type of single-layer coating is still far from 0% reflection.

To improve the coating performance, lens designers tend to use diffraction theory instead. Using the wave nature of light, one can choose a thin layer of material to cancel perfectly the reflection. A layer with a thickness of 1/4 the wavelength means that the wave reflected on the glass will travel an extra 1/2 wavelength (1/4 wavelength coming in, and 1/4 wavelength coming out) compared to the wave reflected on the AR-coating. Thus, the two waves are shifted with opposite phases and their sum is null.

There are a couple of caveats to this ideal case. Firstly, light usually comes in a spectrum instead of a single wavelength (a single wavelength does not really exist in nature, you can find some in man-made laser sources). For visible light, wavelengths are ranging from 400nm (blue light) to 800nm (red light). This means that the thickness required to eliminate reflections varies significantly with the color. It might also mean that all colors are not transmitted equally, which really means that the lens coating will introduce a color cast.

Secondly, our computation assumed that the light rays are perpendicular to the glass surface. In practical cases, however, they can fall on the lens at a large angle. As soon as an angle is introduced, the optical path inside the anti-reflection coating increases which results in lower transmission.

How Are Lens Coatings Mass Produced?

The wavelength in visible light is around 500nm, and lens coatings are typically 100nm to 250nm thin layers. To put this into perspective, an average human hair is about a thousand times thicker.

The layer is also supposed to be uniform throughout the glass, so that layer thickness only varies by a few percent. This step cannot be performed until the glass is cut and polished to its final shape as the polishing process would otherwise remove the coating.

The modern industrial process uses vapor deposition technologies. It is typically done in a vacuum chamber with chemicals to evaporate.

Here is a short video of a machine designed for this purpose:

You can see on the top part of the system a set of lenses ready for coating. These lenses will be rotated through the coating process in order to even the layer of anti-reflection coating.

The science of lens coatings is almost century-old. Yet, the topic is still actively being researched. The much-discussed meta-material technologies making headlines these days could bring possible improvements over existing lens coatings.

Given the increasing complexity of lens designs, any progress in lens coating is for the best as it also improves light transmission and image contrast.

About the author: Timothee Cognard is an optical expert and photographer based in Paris, France.