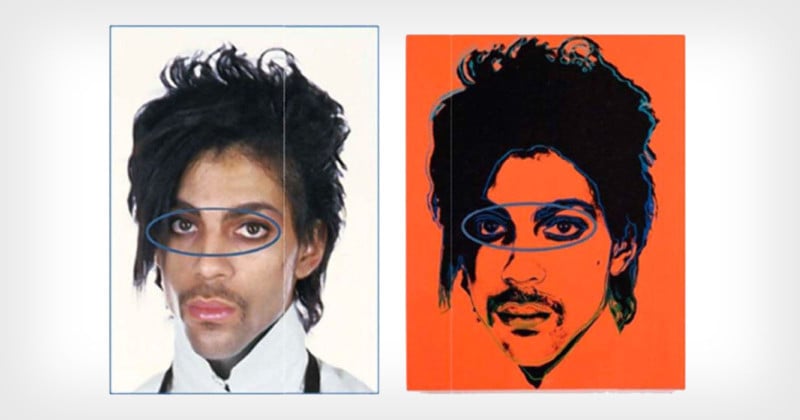 The United States Supreme Court has announced that it plans to hear The Andy Warhol Foundation v. Goldsmith case, whose ultimate ruling will have a massive impact on the visual arts community with regard to fair use.

The United States Supreme Court has issued its order for upcoming cases. Included in the list set to be heard in the October 2022 Term is The Andy Warhol Foundation v. Goldsmith.

An Issue of Copyright and Fair Use

Lynn Goldsmith is a famed photographer who is also a long-time American Society of Media Photographers (ASMP) member. In 1984 Vanity Fair licensed one of Goldsmith’s photos of Prince that was shot in December of 1981 for $400 to create an illustration of Prince to be used in an article “Purple Fame.” Vanity Fair did not inform Goldsmith that the photo was being used by Warhol as a reference, and she did not see the article when it was initially published.

Warhol would go on to create 15 additional artworks based on her black and white studio photograph called the “Prince Series.”

In April of 2016 in response to the death of Prince, Conde Naste, Vanity Fair’s parent company, contacted the Andy Warhol Foundation (AWF) to use the 1984 image as part of a commemorative issue on Prince. Goldsmith first became aware of the Prince Series and the other images only after the cover was published, and she informed the AWF in late July of 2016 that the artwork had infringed on her copyright.

Almost exactly a year ago on March 29, 2021, the New York-based U.S. Circuit Court of Appeals found that the Prince Series of artwork created by Warhol was not transformative enough and ruled that it violated photographer Lynn Goldsmith’s copyright — overruling the original verdict. As a result, the appeals court returned the case to a lower court for further action.

“The 2nd Circuit, after applying the “four factor” analysis that is used as the framework for fair use cases, found that all of the factors were neutral or were in Goldsmith’s favor,” Thomas Maddrey, General Counsel for the ASMP, writes in a blog post. “After losing their appeal in the 2nd Circuit twice, AWF sought review by the Supreme Court.

The ASMP says it has been at the forefront of the push to support Lynn in her bid to protect her rights.

“ASMP has authored an amicus brief at the 2nd Circuit Court of Appeals when they first heard this case, and multiple articles before and since outlining the importance of this ruling on photographers and the rights of copyright holders,” Maddrey adds.

On to the Supreme Court

In their petition to the Court, the AWF told the Court that the question at the heart of the issue is as follows:

The Supreme Court clearly believes that the question has enough merit to bring the case forward.

“This case and its attendant arguments and ultimate ruling will have significant impact on the visual arts community, specifically focused on the contours of fair use analysis,” Maddrey says. “We will continue to support Lynn in her legal battle against AWF.”

The results of the ruling will have significant effects on what constitutes fair use as it relates to the visual arts.