The creative minds over at The Slow Mo Guys have shared what it looks like to pop a bubble large enough for a person to stand in at 50,000 frames per second (FPS).

Starting at speeds of just 1,000 FPS and working their way up to 50,000 FPS, the duo (Gavin Free and Daniel Gruchy) provide an incredibly unique perspective on what it looks like when a bubble bursts as it happens at speeds over 2,000 times slower than can be seen with the human eye.

A post shared by The Slow Mo Guys (@theslowmoguys)

Crafting the mixture using distilled water, detergent, and a little glycerin for some “extra spice” as the team puts it, they start making some giant bubbles around Gruchy, recording the clips in super slow motion using various Phantom TMX cameras that can film at incredibly fast frame rates. As the duo plays the clips back, they start to take notice of how the bubbles actually break and the patterns they create during the process.

“It’s like at the very last minute it’s like it creases. It’s like fabric [that] bends on itself because it’s run out of all the elasticity it had before it’s just like a wrinkly jelly layer,” they describe in the video. 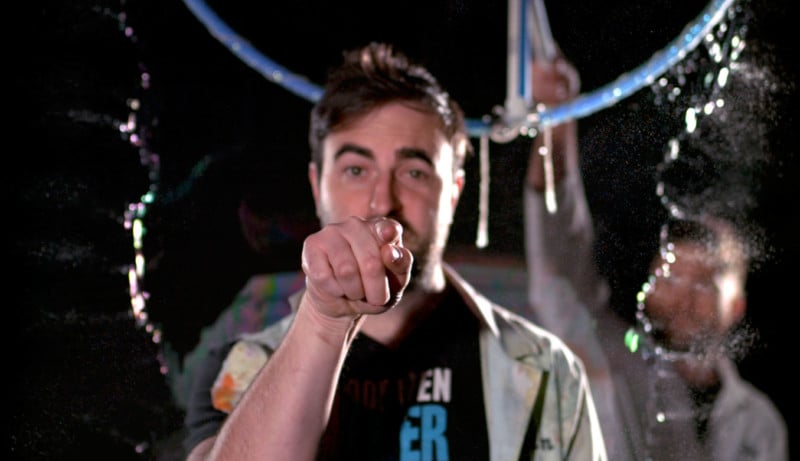 Switching to the TMX 7510 and filming at 50,000 FPS, the team notices that shooting at these speeds makes the initial “pop” created by their hands look almost like they have created a sonic boom. They then switch gears and start filming from the far side of the camera to capture the patterns created by the fluid as the bubble collapses on itself getting closer to the camera. 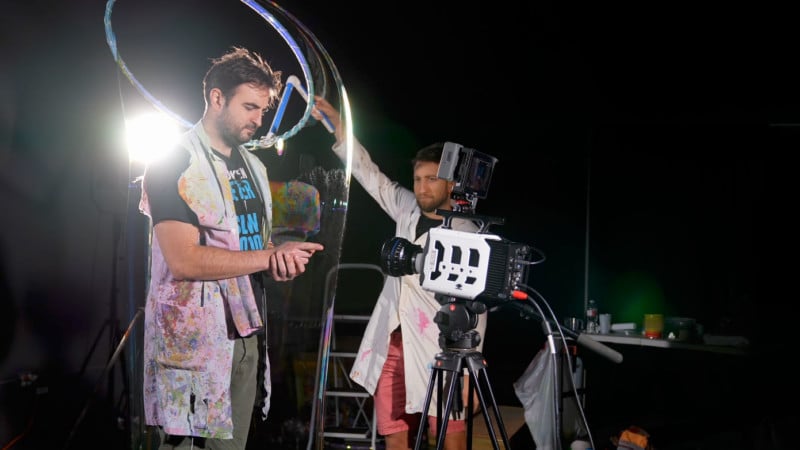 Dan and Gav say it almost looks like a glittery curtain reflecting the lights that just crinkle up into nothing in the blink of an eye. As is usually the case when capturing footage normally only seen in real-time, there is a lot more dynamic motion that becomes visible when the action is slowed down to such a considerable degree.

To see more interesting slow motion videos like this, be sure to visit the Slow Mo guys YouTube channel.