Photographer Benjamin Von Wong was taking a tour of Nikon Professional Services facilities recently when he had an idea: with so much Nikon gear around, why not try making music with the cameras? After all, it’s not often that you have tens of thousands of dollars in gear at your disposal to create something fun. The video above is what resulted.


Ben tells us that he was inspired to create it after seeing the recent video that compared the shutter sounds of various Canon DSLRs — a Nikon one appeared shortly after — and that he used about $30,000 worth of Nikon gear for the video: 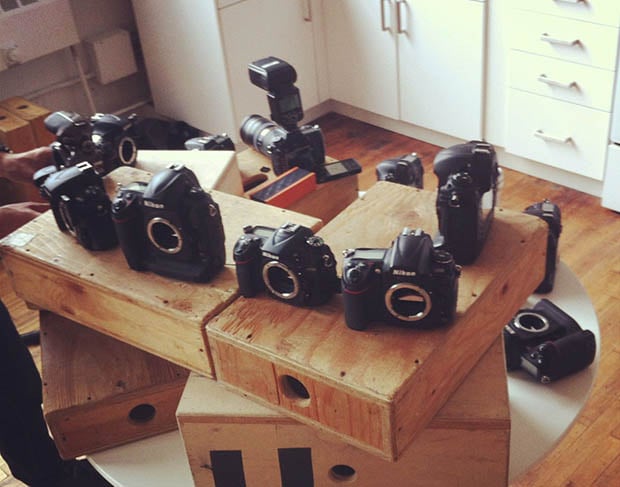 After gathering the gear together, the challenge was to create as many different sounds as they could with the cameras. The bodies had different continuous shooting FPS speeds, and the team also played around with the “CL-Continuous Low” setting to milk 1, 2, and 3 FPS speeds out of the bodies.

In addition to shutter speeds, they also incorporated Live View toggling, Mirror toggling, various beeps within menus, and even slamming one of Nikon’s pro bodies onto an apple crate. 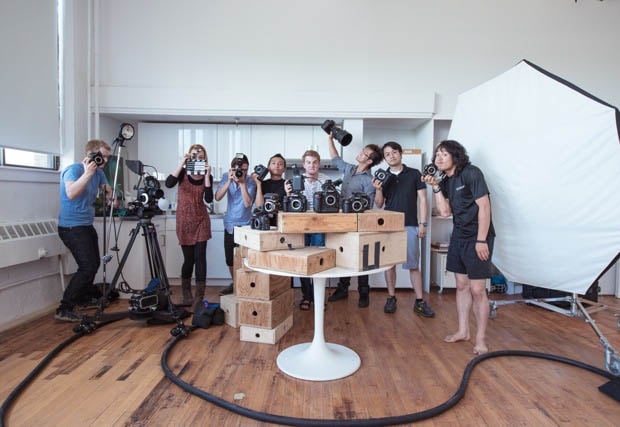 Here’s a behind-the-scenes video showing how the project went down:

Oh, and if you want to listen to or download the MP3 file of this “song,” you can do so here:

You can find a little more info on this project over on Benjamin’s blog.

Image credits: Photographs and videos by Benjamin Von Wong and used with permission