The Slow Mo Guys have captured a shaped charge explosion at five million frames per second, showing its path of destruction as it tears through a variety of items. The explosions were captured using a high-speed camera that filters out the color in order to preserve the detail of the image.

The first test was of a shaped charge on the door of an old safe. With a thick reinforced steel locking mechanism to go through, the Slow Mo Guys were merely interested in establishing a baseline to see just what kind of damage the shaped charge could do. 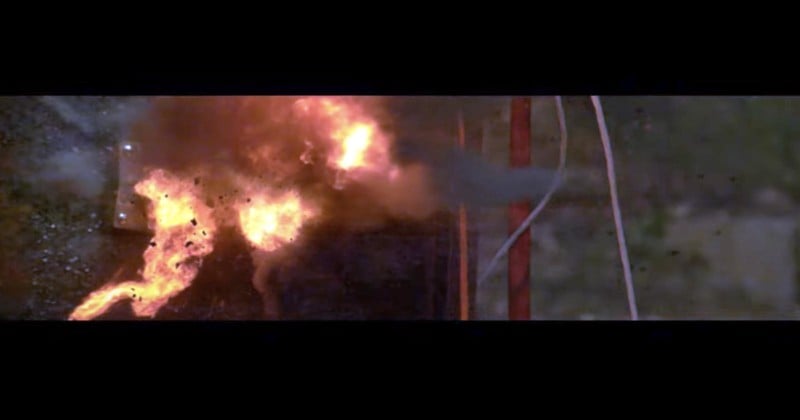 The second explosion chronicled the shaped charge ripping through a trio of steel plates, and the direction of the blast can be seen as it travels in a super heated liquid-like state through the steel plates. The super heated gas flies through the first two plates like they aren’t even there, but stops short on the third plate, which absorbs the residual blast. 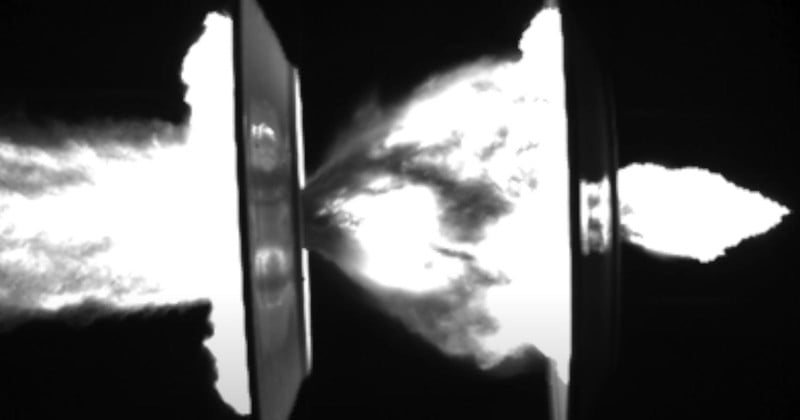 Finally, the third blast is with a row of porcelain plates to track the path of the shock wave as it traveled across the horizontal array. The result of the high-speed test was they could not only view the blast and the shock wave but when the explosion reached the limit of its range, the simple inertia of the shrapnel riding the shock wave took out the rest. And at five million frames per second, the detail of the blast shows just how a shaped charge can strike with pinpoint accuracy. 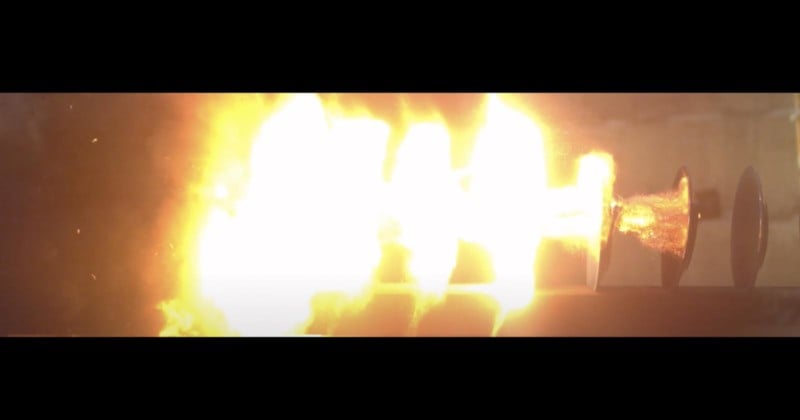 Using ultra-high-speed Phantom and Shimadzu HPV-X cameras, the guys can capture an event at up to five million frames per second.

Phantom is known for its high-speed video capture capability, with the Phantom Flex camera able to capture 5000 fps at 720p or 10,000 frames at 480p. But that’s nowhere near the sheer imaging power of the Shimadzu HPV-X camera. A fantastic piece of kit that can capture video at up to 10 million frames per second.

At that speed, however, the videos are in black and white to preserve the dynamic range and image details. A priority over the color gamut itself. Capturing at that speed, the camera can only capture about 10 seconds or 256 frames of footage in its image buffer before having to write it to the card.

Free and Gruchy opted to capture using half-speed, allowing for better resolution, and more detail. For another perspective, they also used the Phantom Flex to shoot at slower speeds (but still over 50,000 fps) and to capture the colorful raw, directed power of an explosion.

The ability to capture such events at extremely high speed is beneficial to understanding how explosions evolve as they travel, and how damage is experienced. And as time goes on, the cameras get faster and faster, revealing even more secrets about the event.

Who Are the Slo-Mo Guys

Created by Gavin Free and Daniel Gruchy, a former British military ammunition specialist, the video channel has grown to be one of the most popular slow-motion channels on YouTube.

As Wikipedia describes their channel, the videos are often “filming some type of spectacular chemical or physical reaction, stress tests of certain objects under extreme conditions, or simply aim for an aesthetically pleasing result, usually by the use of rainbow-colored paints.”

Free got the inspiration for the channel from watching Mythbusters, Adam Savage, and Jamie Heineman’s seminal series that scientifically tests out myths to see if they really could happen.

Image credits: All photos by The Slow Mo Guys.