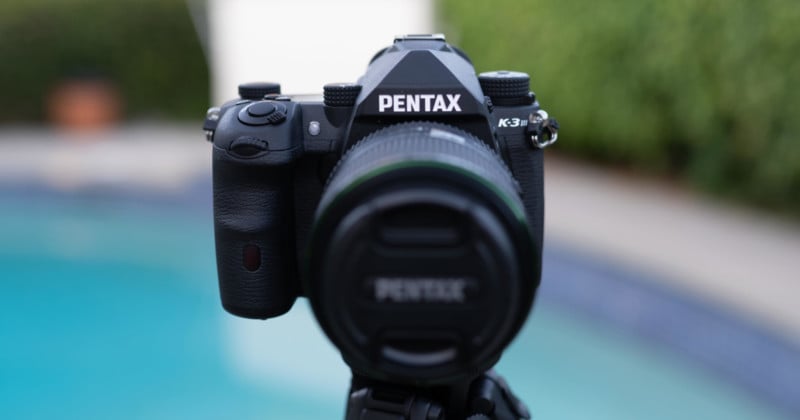 Ricoh Japan has published more details on its plans to adjust its Pentax camera business structure. The company says that its main goals are to add additional contact points with customers and strengthen direct communication with them.

Ricoh Japan has shared some of the specific initiatives the company plans to take in its major business strategy shift.

Following its goal of increasing the number of contact points with customers, Ricoh says that it will aim to hold regular Pentax fan meetings and hands-on events that have to this point been “irregular” in their timing. It expects to expand the number of locations where it will hold in-person meetings as well as increase their frequency. The company will also hold more online meetings.

Ricoh plans to leverage crowdfunding, which is where its “workshop-like” manufacturing will be centered. Here it will provide “rare value” with limited production runs of products bearing the Pentax and GR brands. The company plans to act on an idea that was proposed to fans during an online meeting in November of 2021, but did not provide greater details, instead holding that information until the crowdfunding campaign starts later this year. Crowdfunding has proven to be successful in Japan for Canon, who has used it to launch some of its experimental cameras like the PowerShot PX and IVY REC.

Finally, Ricoh says it plans to improve its showrooms and service bases around Japan and will open a new base in Tokyo around the summer of 2022 which will be used as a repair reception area as well as serving as a place to connect with customers.

Ricoh says that it is planning additional new initiatives beyond the above, and will announce those when the final details have been determined.

A Dramatic Shift in Business Strategy

On January 20, Ricoh Japan announced that it would be changing its Pentax camera business structure significantly. Specific to Japan, Ricoh’s President and CEO Noboru Akahane announced that the Pentax and GR camera brands would take on a “workshop-like” approach to production to expand sales channels and camera lineups through direct-to-consumer sales and additional digital methods.

“In order to connect directly with customers and create a snap culture, we will focus on revitalizing the fan community through social media and interacting through offline events to strengthen two-way relationships,” Akahane said.

“By directly contacting customers, we aim to reflect customer feedback in manufacturing more than ever and provide products that are more attractive to customers.”

The company did not communicate its plans to make this announcement nor its details to its western counterparts, so the initial announcement read as though the entire company would shift its strategy. Nearly a full day after the news broke, Ricoh USA was able to confirm that the change would only affect Japan for now.