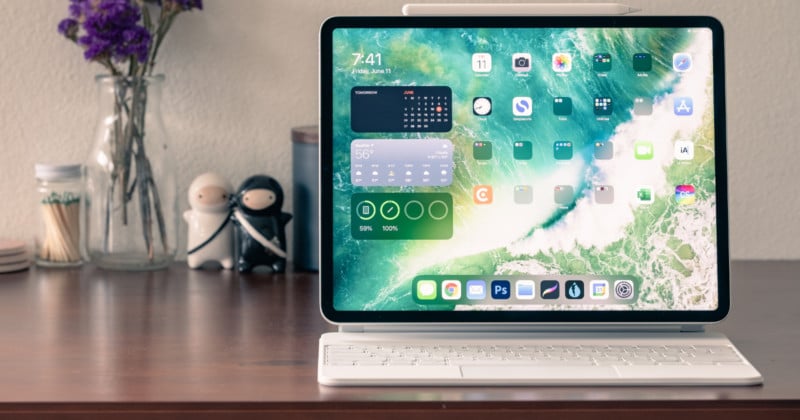 More than 11 years after it first launched and Instagram still has no native iPad app. Adam Mosseri, the company’s head, says that fact isn’t likely to change any time soon.

The conversation about Instagram’s lack of iPad support was started by tech reviewer and YouTuber Marques Brownlee, who tweeted a statement about the lack of a native Instagram app in plain terms but was clearly meant to express displeasure. In response, Instagram’s head Adam Mosseri says that while his team hopes to get to it at some point, it’s not a priority.

“It’s still just not a big enough group of people to be a priority,” Mosseri says. “Hoping to get to it at some point, but right now we’re very heads down on other things.”

Yup, we get this one a lot. It's still just not a big enough group of people to be a priority. Hoping to get to it at some point, but right now we're very heads down on other things.

“Ok so I’m clearly not an executive for a reason, but hear me out – maybe that group gets way bigger when an excellent app actually does exist?” Brownlee responded.

Mosseri replies with three reasons why Instagram for iPad hasn’t been developed: adding another supported platform adds overhead, YouTube and TikTok are considered major competitors and the company is focused on Stories in order to adapt, and Instagram’s development team is “leaner” than many might think.

Oh it does, for sure, but:
1/ each surface adds overhead; we support iOS, Android, www, and IG Lite, and Android is the largest
2/ TikTok and YouTube are behemoths, people share more in messages than they do to Stories or Feed, so we need to adapt
3/ we are leaner than you think

Instagram has not been coy about its shift to tackle and compete with TikTok more directly in recent months, so Mosseri’s responses here are in line with the company’s stated goals in the past. Still, Brownlee makes a good point: it’s very hard to gauge the user group of a platform that an app doesn’t natively support, and saying that the user group isn’t very big because it lacks support is rather circular logic.

The iPad is a Huge Market

Brownlee’s perspective is backed by the iPad’s massive user base and colossal unit sales both recently and lifetime. Since its inception, the tablet has basically slowly shoved all other tablets out of the market and stands as pretty much the only option for those who want a larger touch surface but don’t want to purchase a whole computer.

According to Statista, up until the third quarter of 2021, Apple has shipped around 14.7 million tablets worldwide through its 29 iterations of the device. Just in the first quarter of Apple’s financial year 2022, the iPad generated about $7.25 billion dollars in revenue. That’s a lot, but it is down from the last quarter of 2021 when Apple sold $8.25 billion of the tablets. Still, the combined $15.5 billion in sales over the last two quarters shows that the iPad has a huge install base and, despite this, Instagram does not seem to have any interest in supporting those users.

Staying laser-focused on one goal is what should be expected of a Meta brand of late, however. The company is focusing a lot of effort on what it calls the “metaverse” despite losing tens of billions of dollars on its virtual and augmented reality division annually.