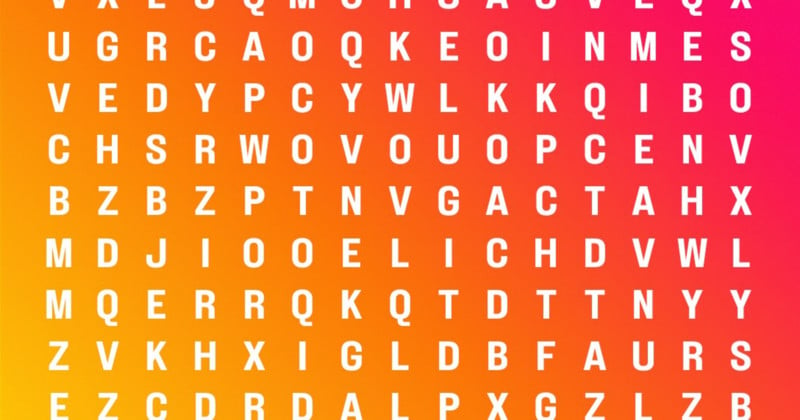 Instagram may soon release the much-anticipated chronological feed, if a solution to a recently-posted word puzzle is to be believed. Instagram has already confirmed the feature is coming, making its appearance here feel like more than a coincidence.

Instagram published the word game puzzle on its Twitter account this morning which appears to hide several words or pairs of words with the caption, “something is coming.”

The word “chronological” was found by 13-year-old Tech Content Creator Max Balzer and is a feature that is actually expected to be coming to the platform.

First revealed last December and explained in January, Instagram intends to add a version of the chronological feed back to Instagram, returning a beloved feature that it notably killed off years ago in exchange for an algorithm-driven feed.

Mosseri has said the chronological feed should make its way into the app in the first half of 2022, which lends credence to this word puzzle solution.

Jokes to be Had

Finding terms in the word puzzle doesn’t necessarily mean they were intentional, as the NE Ohio Regional Sewer District found an incidental reference to one of its primary responsibilities.

iOS Developer and Apple Blogger Benjamin Mayo posted a doctored version of the word puzzle on his Twitter that appears to find the words “iPad app.”

Those combinations of letters don’t exist in Instagram’s original, however. In February, Instagram’s head Adam Mosseri confirmed that the company regularly hears calls for an iPad app but says that the number of users on the platform isn’t high enough to make its development a priority.

“It’s still just not a big enough group of people to be a priority,” Mosseri says. “Hoping to get to it at some point, but right now we’re very heads down on other things.”

Mosseri says that there are three major reasons why it hasn’t yet been made: adding another supported platform adds overhead, YouTube and TikTok are considered major competitors and the company is focused on Stories in order to adapt, and Instagram’s development team is “leaner” than many might think.