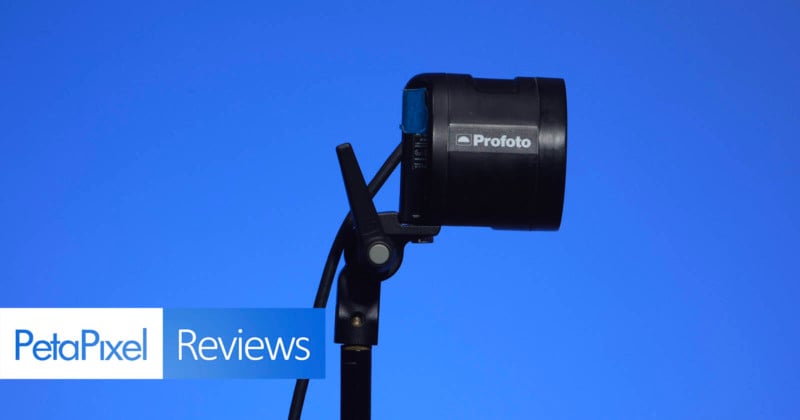 The Profoto B2 is a small, seemingly-“underpowered” light that was released back in 2015 and that has been with me for the past two years. Having bought it used and taken it on trips, shot in-studio, and photographed on-location, there are a lot of good things to say about it.


For everything from portraits of politicians, to fashion models, to still life, this light has been on every shoot. The Profoto B2 has delivered time and time again, despite the relatively low power.

You may be wondering why I would purchase a used light, especially given that flash tubes tend to wear out. That’s absolutely a valid question — it can be hit and miss. However, with buying used gear, one big problem is addressed: depreciation. The vast majority of photography equipment will depreciate in value rather instantly if purchased new. Purchased used, the value isn’t lost nearly as quickly.

High-end equipment tends to retain price very well on the used market. More often than not, used gear can be sold for no less than 5-10% of the used price it was bought for (if you are done using it within a reasonable time).

When looking at the spec sheet, it may be disappointing to learn that the Profoto B2 can only provide 250W of power across two asymmetrical sockets. Nonetheless, the system is very portable, and having a flash head instead of a monobloc makes handling the whole setup lighter and recycling times faster. When working on location, assistants don’t get as tired, and in the studio, the unit recycles very quickly.

Overall, the Profoto B2 is a capable light that should be considered for purchase.

Profoto is known for its reliable lights. This applies not only to their top-range equipment such as the ProHeads but also to lower-end products such as the B2. The Profoto B2 is a baby pack and head system that performs no worse than the bigger pack and head. 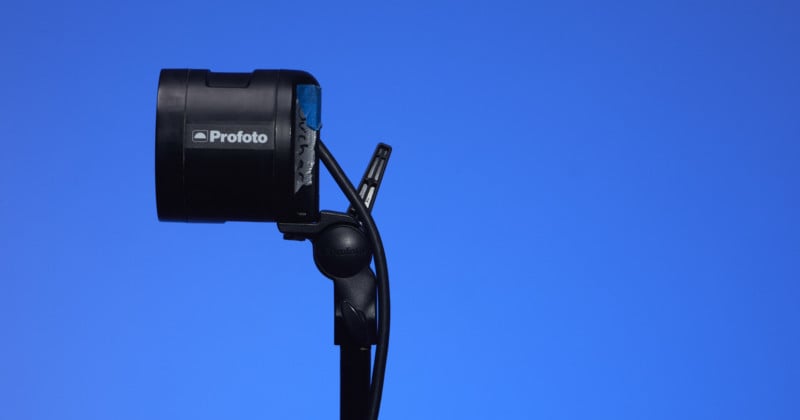 The heads are lightweight and compact, coming in at 1.5 pounds (700g). They are the standard Profoto mount diameter, measuring 4×3.9×3.9 inches (10.3x10x10cm). It fits inside a camera backpack without a problem. 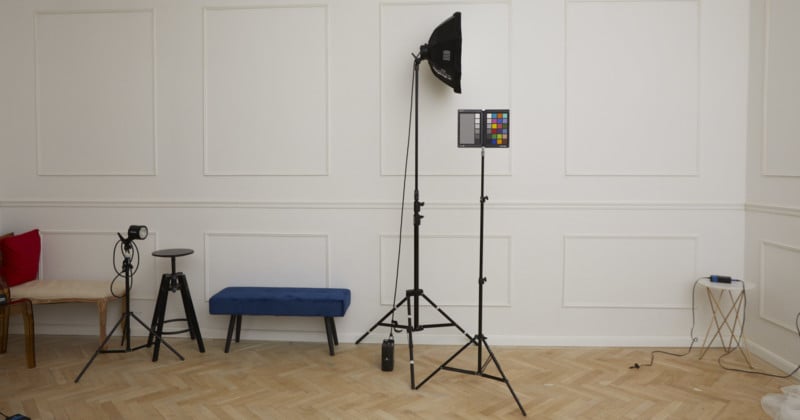 If the light stand mount is unscrewed from the head, it becomes even more compact. The head itself features an umbrella shaft and can mount all Profoto light shaping tools and accessories, though it is not recommended that you mount anything larger than a 3-foot Octa or 3×4-foot softbox.

It does accept the Umbrella Deep XL without a problem, though. In fact, I boomed the mentioned umbrella without a problem, although it can of course slide. This light can even be used with the large Giant reflectors, though you will lose some light due to the recessed flash tube. 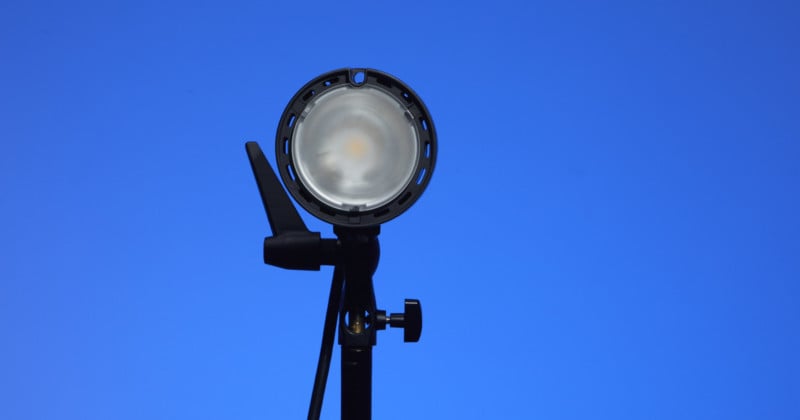 The head is not fan-cooled but it doesn’t need active cooling because of the relatively low power that it produces. The cable is only about 6.6 feet (2m) long (or… short?), which can be a problem if there is a need to use two heads at the same time. A must-have for many photographers using the B2 would be an extension cable. 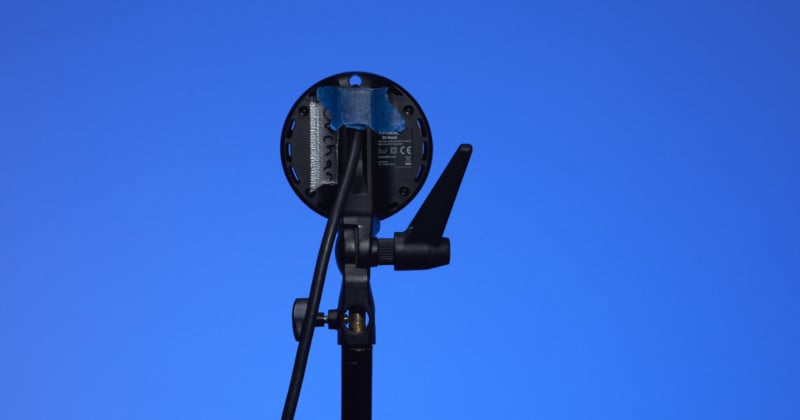 In terms of build quality, the head is well-made and has survived a few accidents, it feels and acts like a professional workhorse, which it is. The joint which holds the head is also very stable, even with relatively heavy modifiers on booms.

The pack is very light, coming in at 2.2 pounds (1.6kg) with the battery, which makes it a perfect on-location solution. In fact, the pack is so light assistants can carry it on their shoulders without any stress. The pack is only 6.3×3.1×6.7 inches (16x8x17cm) large, which enables it to fit in most camera bags without a problem. 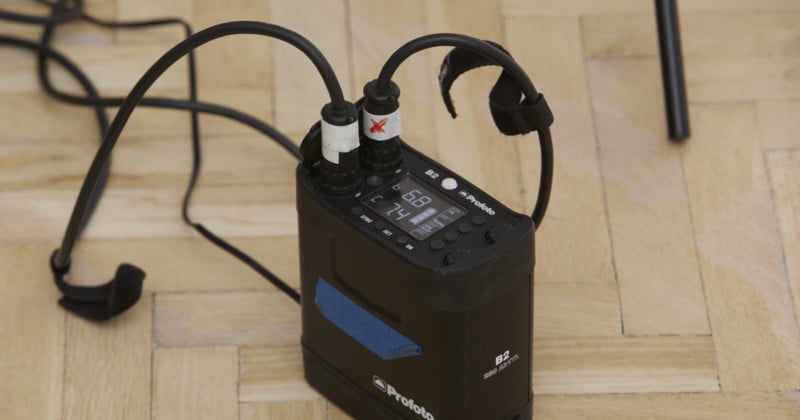 The bag that the pack ships with can be used to hang it on a light stand and not worry about kicking the pack. However, even if the pack does get hit, it will probably be okay because of the high build quality that Profoto has.

There are a few dials on the pack that control various functions. The two big dials that control the power output from each socket turn very easily which can be a problem when trying to dial in power precisely. The power sockets have flaps on them which prevent dust and muck from getting in the important bits, but you must know that this pack isn’t water-resistant.

There are three ways to trigger the flash: with the IR socket, a sync cord, and AirTLL. Having used all three, I prefer AirTTL because of the ease of use. Profoto Air is reliable, from my own experience, there haven’t been any misfires. 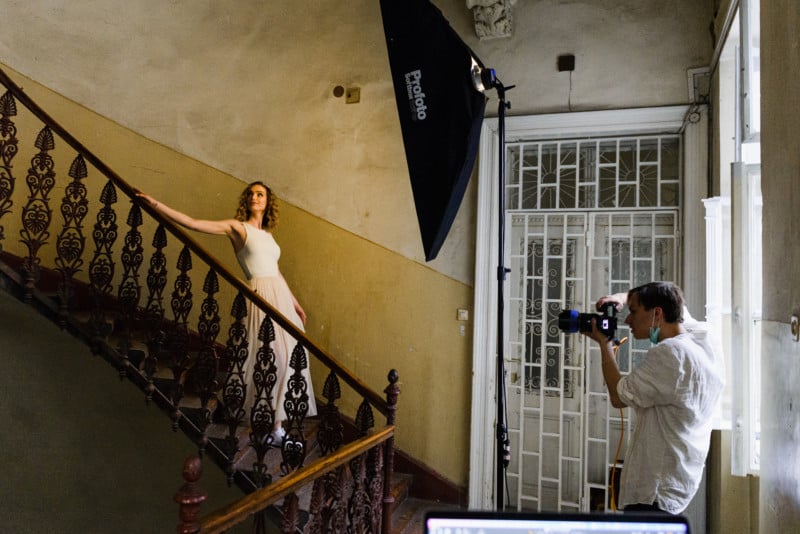 The pack doesn’t have too many features if you compare it to alternative units. You can pick from 8 Air channels and 5 groups. Each socket can be set do a different group making the pack fully asymmetrical. 250W of power can be distributed in any ratio between the two sockets.

The ridiculously expensive Profoto Air Remote TTL will enable photographers to enjoy added features such as HSS and 2nd curtain sync. The Profoto HSS is different from the regular HSS other brands offer. Although HSS isn’t a reliable or consistent way to produce images, I have used it on several occasions where there was no other choice.

What sets the Profoto HSS apart is that it creates a series of short flash bursts instead of using the long “tail” of the flash output curve. HSS enables using wider apertures, even in broad sunlight. Add TTL to the mix and a very easy-to-use and reliable on-location setup is created. 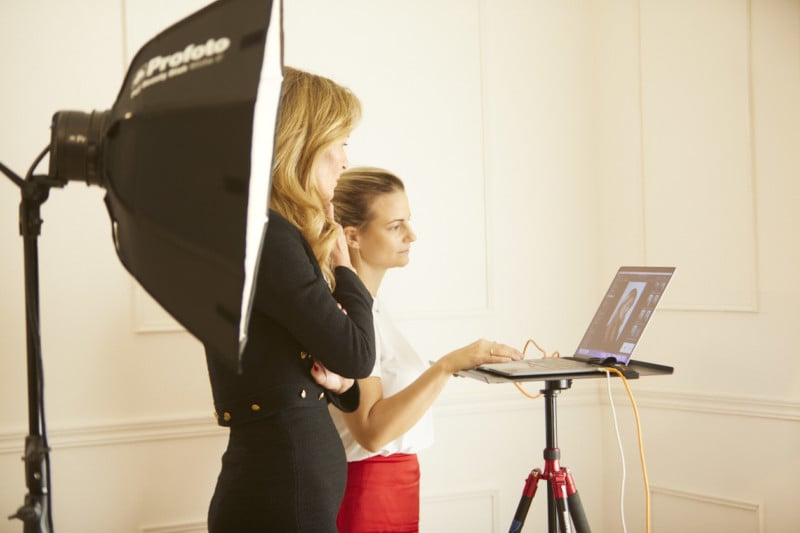 When it came out, the photography community went bananas and said that adding TTL to such professional products is a waste of time. I may not be the most professional photographer, but I’ve used Profoto TTL when shooting a secretary of state and it didn’t fail me. It is a convenient way to get good exposure when you only have a few shots. 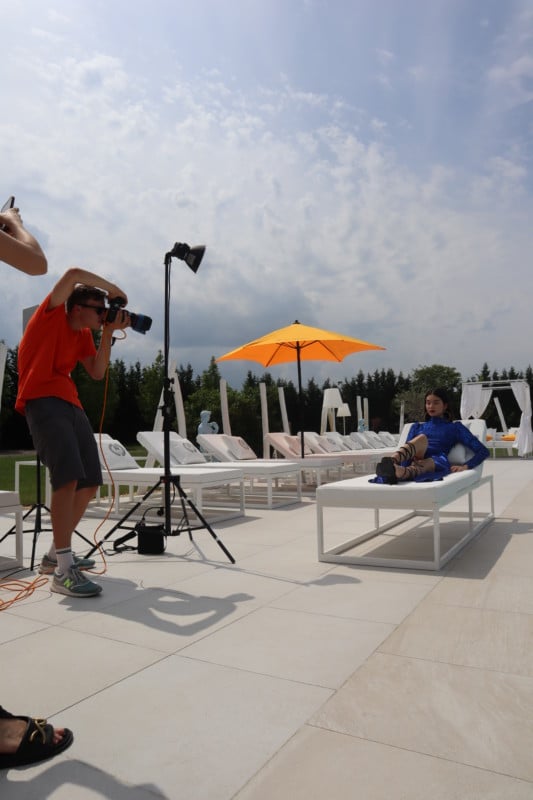 I mainly use TTL on-location but it does work in the studio too. For me, it is a faster way to get to the fun part of photography, that part isn’t setting light power. Consistency may not be the best with TTL, but that doesn’t worry me too much since I’m not using TTL when I need spot-on consistency. 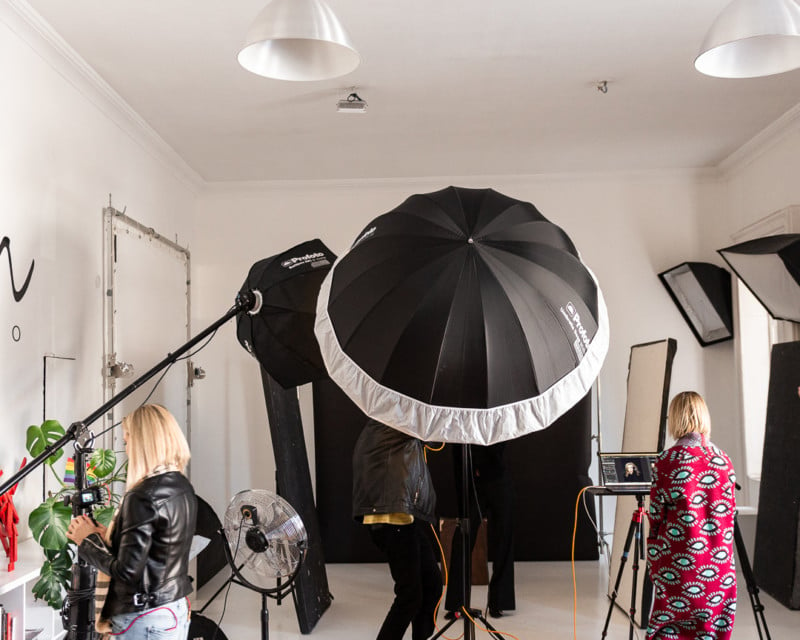 The B2 provides 250W of power in total. If you are shooting portraits on location, you are likely to only require one head with a medium umbrella. That amount of power is more than enough to light a person in a way that is natural and not “flashy”.

Some photographers seem to be focused on overpowering the sun (possibly to show off what their equipment can do), but that can sometimes look unnatural and can make the resulting image look cheap. If there is a need to get extra power from your B2, add a Magnum reflector, which gives 2 more stops of light, making the B2 the equivalent of a 1000W unit. 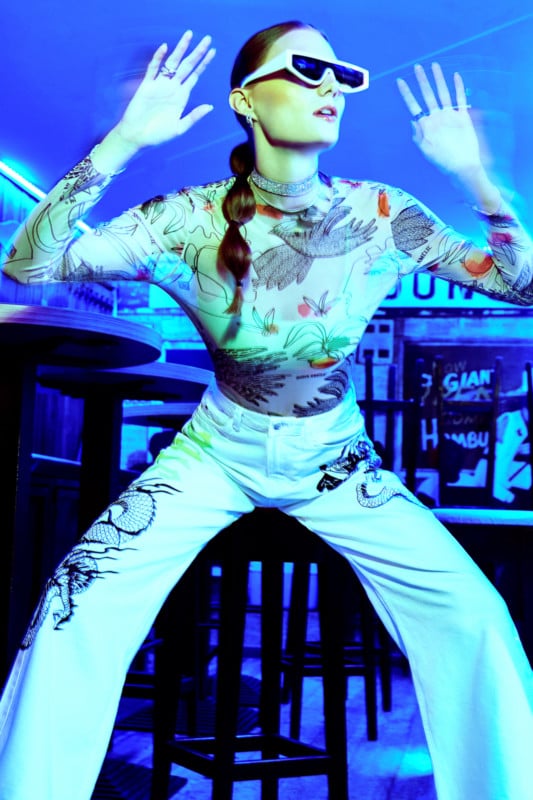 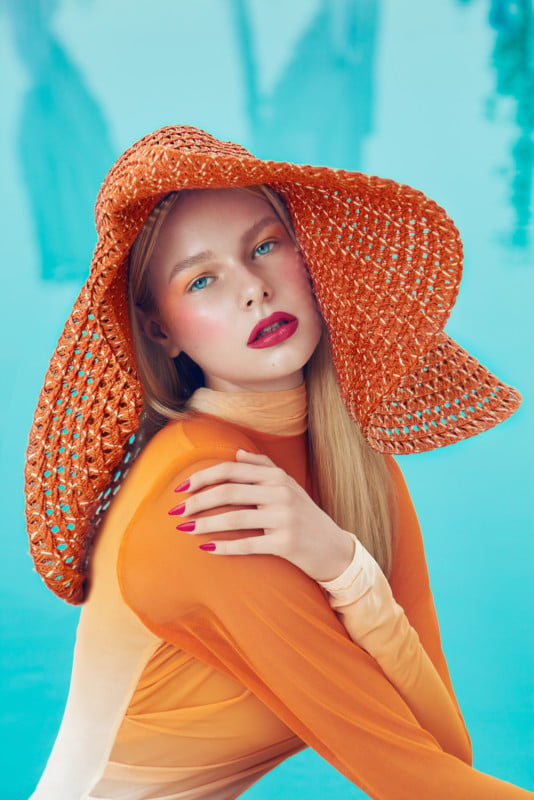 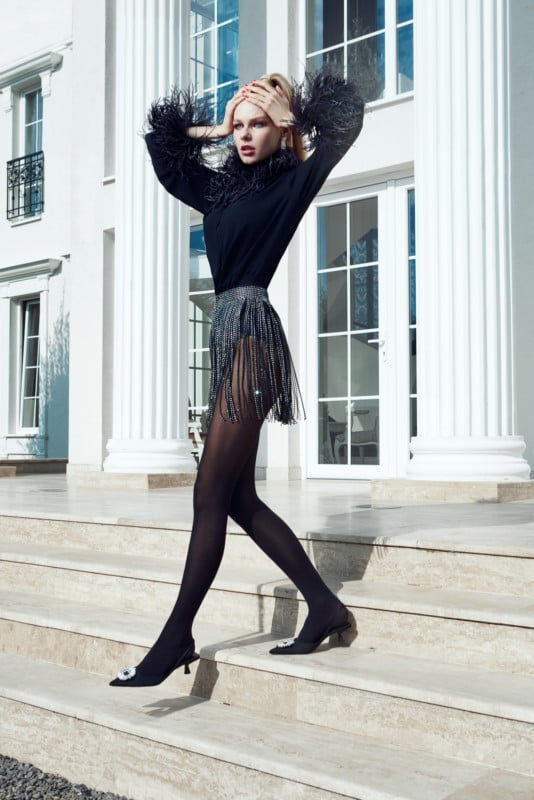 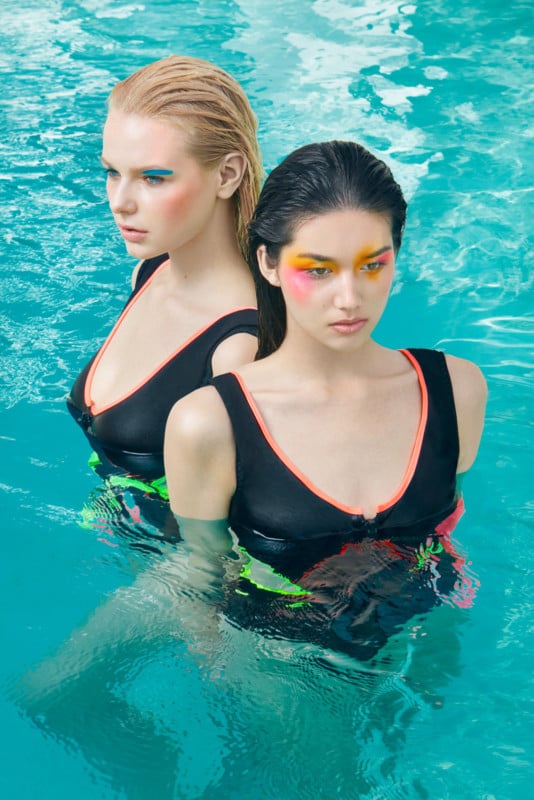 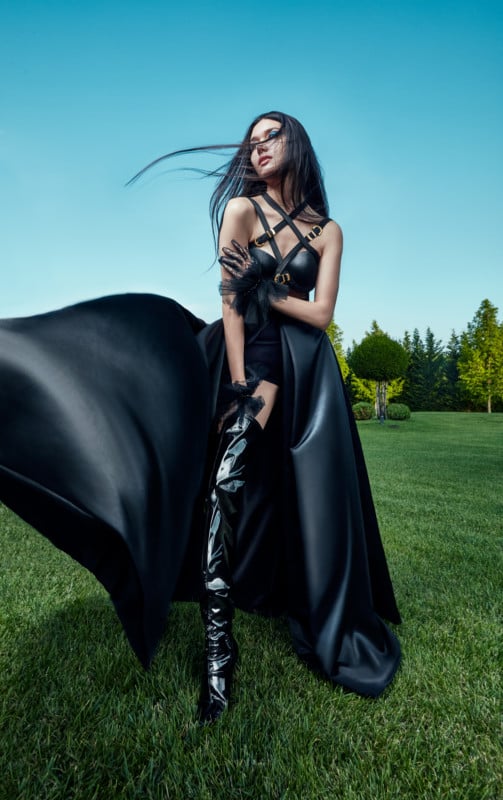 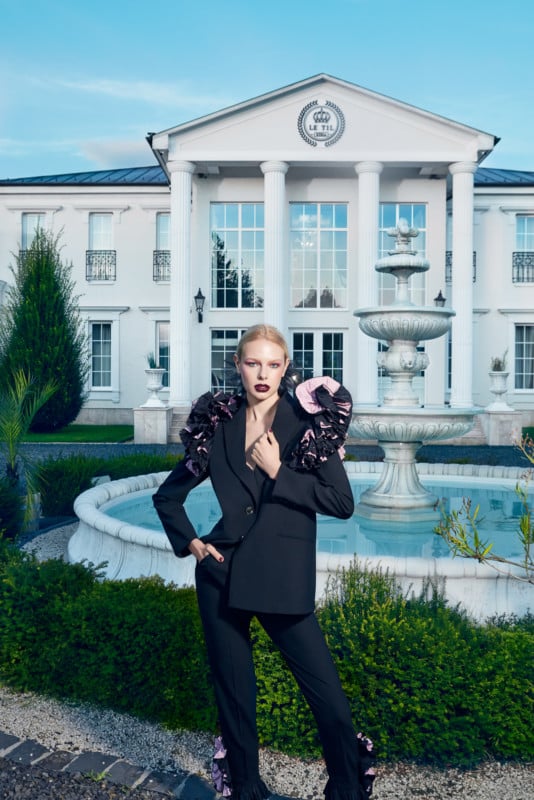 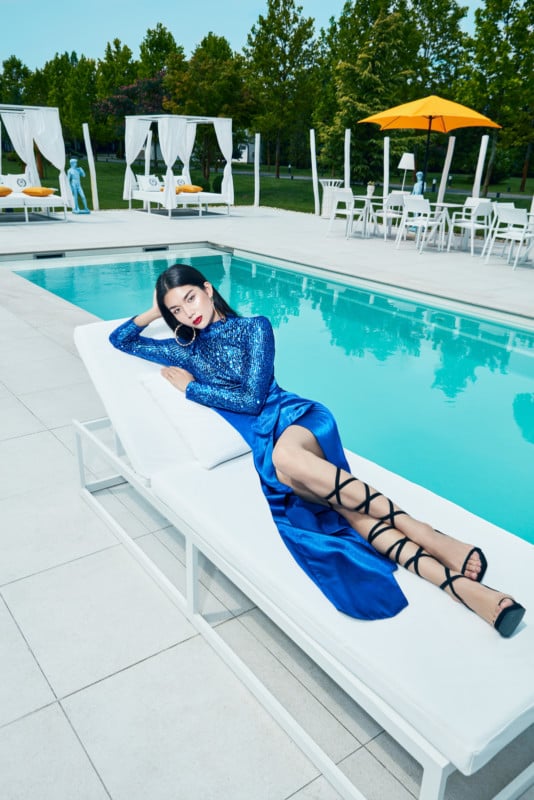 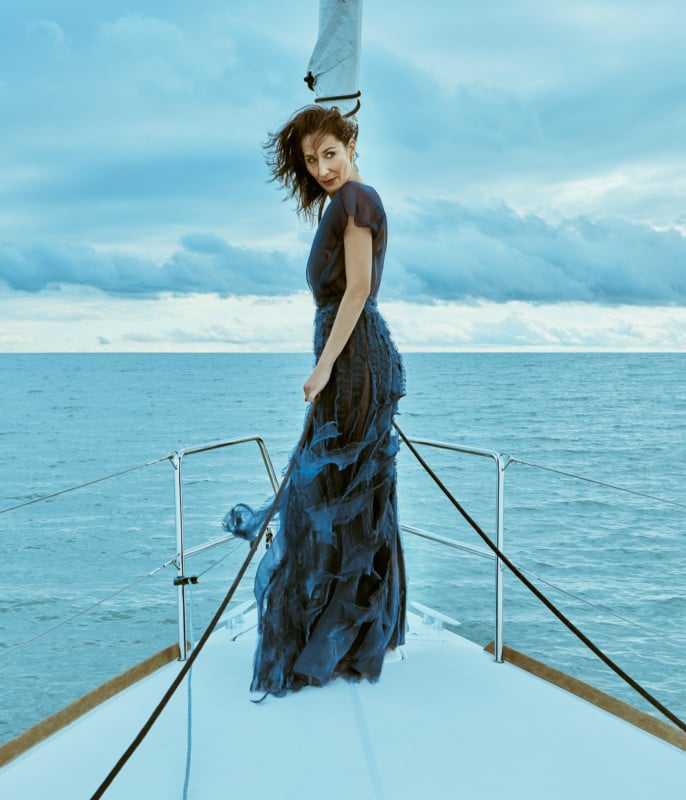 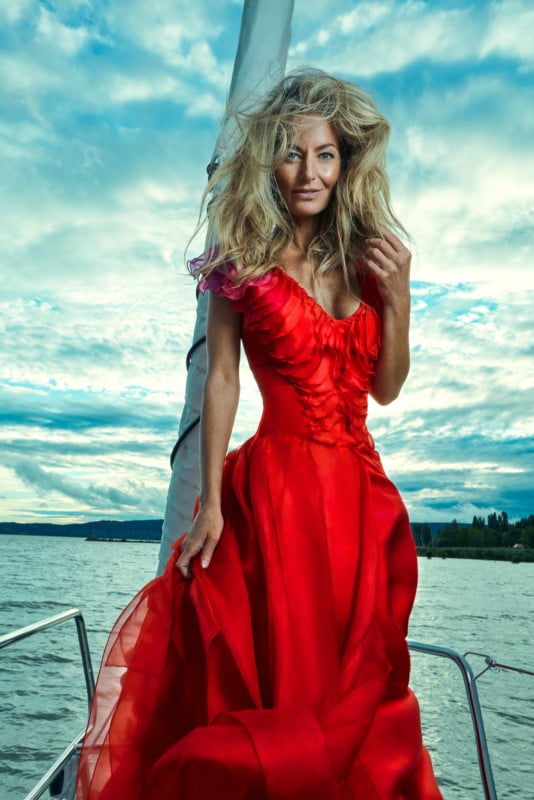 In the studio, a single B2 can be used for fill and key. All of the imagery in this article has been shot with the B2 and nothing else.

The B2 is just enough in the studio. If the B2 is used for doing still life, the low power is a benefit as it can be used to control light with precision. The B2 is great as a bounced light too because it provides enough power to fill a medium-sized room. Clearly, one can’t really say that it’s an underpowered light.

Power-wise, the pack can deliver very consistent results with little power variation from shot to shot. Photographers would have no problem shooting eCommerce with the B2 and expecting the same exposure from shot to shot.

Temperature is fairly consistent from shot to shot but does shift a bit across the whole power range. It will shift approximately 1000K in normal mode and 2000K in Freeze mode. This isn’t great news and Profoto could’ve done a better job at making this pack more consistent.

Recycling times are blazingly fast, only 1.35s at full power. This makes the B2 fit for action shooting.

The battery life is okay, but not great. Unfortunately, buying a few spare batteries will be needed if the B2 is going to be used for shooting on location without a power source nearby. Still, even after years of use, the battery can pump out at least 170-200 full-power flashes.

The modeling lamp isn’t anything special. A little 7W LED is all you have. It is either on or off. It would be great to see a variable and more powerful LED in the pack. It isn’t a surprise that the modeling lamp isn’t powerful, however, that is expected from a light this small. LEDs have gone a long way now, so the B2 is not up-to-date and would not be good for most video work.

The flash duration on the B2 is simply incredible. It is enough to freeze motion, even at high power. It’s actually marginally better than the Profoto B1X.

A Great Way To Get Into the Profoto Ecosystem

All in all, the Profoto B2 is an affordable, versatile, and compact little flash that is a great way to dip your toes in the Profoto ecosystem of lighting equipment.

There are alternatives. Just as with every review of Profoto, the alternative is Godox (AKA Flashpoint and PixaPro) or a different unit from Profoto.

Profoto B10X is a more modern alternative for the B2. It will be more expensive, but it will also support AirX, have a shorter flash duration, and be more compact.

The AD200 will give out a little less power (200W), recycle considerably slower (1.8s), and accept very few modifiers if you don’t buy an adapter. But, it will provide 500 full-power flashes on one charge, cost $350, and be considerably smaller.

The AD300 will give a little more power, accept Bowens-mount modifiers, and have a slightly longer battery life (300 flashes). But it will recycle slower (1.5s), have a longer flash duration (1/220s), as well as have worse build quality. It will cost you $500 to purchase.

Overall, the alternatives are worth considering if the photographer is already in a different ecosystem or wants similar light output for less money. It is possible to get several Godox units for the same price as a used Profoto B2 system.

If you are considering making the switch to Profoto, this is a great entry point. The light can be used both in-studio and on-location. It is lightweight, relatively cheap on the used market, and made to the same standard as the big ProHead+ProPack systems. In my opinion, this light is worth purchasing for everyone interested in upgrading their basic light equipment.

The Profoto B2 AirTTL On-Location kit can be purchased for around $700 to $900 in the used market — just keep your eyes peeled.