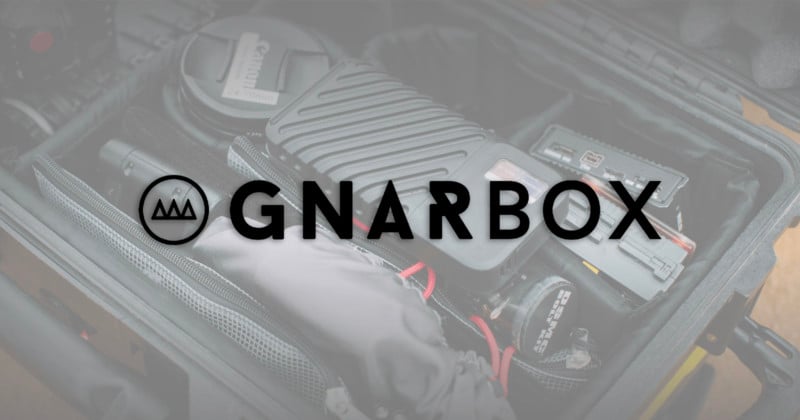 GNARBOX is no longer operated by the people who founded and ran it for the last several years. According to Tim Feess, the company’s founder and former CEO, the original management team is no longer with the company and hasn’t been since November of 2021.

Statement from the Former CEO of GNARBOX

In a statement to PetaPixel, Tim Feess — the original founder of GNARBOX and its former CEO — explains the current situation at the company.

Regrettably, the former management team is no longer with the company and hasn’t been since 11/5/2021. This includes myself, co-founders, and employees. We left the company in control of the Investors at the time of departure and interested parties should contact them for more information.

All attempts at communication with current GNARBOX ownership have gone unanswered, and due to ongoing legal matters regarding the company, Feess was unable to comment further or explain why he and the other employees from GNARBOX are no longer with the company.

Starting in late November, some GNARBOX customers started to notice that they were unable to reach customer support. By early December, many had taken to Twitter to express concerns, only to find that they were not alone in their problems. The company’s social media accounts were also quiet, with no updates since early November 2021.

I'm having this same issue, and can;t get through to their customer support. Think my Gnarbox has now become a brick…

In late December, the GNARBOX app — critical to the support of the GNARBOX’s key functionality — disappeared from the Apple App store, leaving many stranded with a product that lost most of its features.

After some investigation, it was discovered that the corporation behind the GNARBOX product was Mygnar, Inc., which is incorporated in Delaware but also had a branch in Santa Monica, California, where its headquarters were once located. An online search for the corporation shows that its status changed from “Active” to “Forfeited” around October 2021.

After news of the app’s disappearance became more widely known, the app reappeared on the Apple App Store on January 4, but the company — or investors who currently control company communications — has still not replied to PetaPixel’s repeated requests for comment.

The Current State of GNARBOX

While entirely speculation, it is likely that the current status of GNARBOX and the reason for the departure of its team was due to financial troubles. The situation described by Feess paints a picture where investors took control of any remaining assets at GNARBOX in order to attempt to recoup ongoing losses through the sale of remaining inventory, patents, trademarks, and intellectual property.

As noted in PetaPixel’s original coverage, any new prospective customer of GNARBOX should be aware of the situation at the company and consider that it might not continue to support its products in the future. For now, support has been restored, but it is unclear for how much longer. Given that few or none of the former employees continue to work at the company, updates and support for GNARBOX products will very likely be limited or nonexistent.

GNARBOX’s continued silence on the issue is also troubling and does not instill much confidence in the company’s or product’s future.