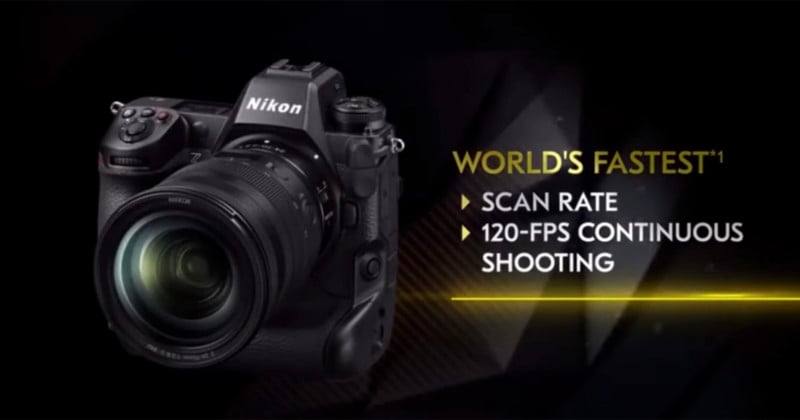 Nikon India appears to have jumped the gun on the Nikon Z9 and published a short presentation video. While the original source has since been deleted, it has been re-uploaded to multiple sources.

The leaked video appears to be a pretty early version since the audio watermark is still present. According to Canon Watch, the video is still avaialble on Weibo and Bilibili if the YouTube link below is removed:

The video doesn’t spill all the information about the Z9, but it does confirm a few of the rumors that were previously shared in the last few months, the most eye-catching of which is 120 frames per second still frame capture. In August, a rumor stated that the camera would feature somewhere between 120 and 160 frames per second still capture capability. While that seemed outrageous at the time, this Nikon video shows that the company plans to claim 120 frames per second continuous shooting speeds thanks to the world’s fastest scan rate sensor. The video doesn’t specify at what resolution or quality the camera is capable of outputting that speed, but don’t expect at full resolution or RAW: the company also notes that it will cap out at 20 frames per second for RAW capture.

It’s not clear what the resolution of the sensor will be, but the same rumor that included the 120 frames per second specification also stated an expectation of around 45-megapixels, and to achieve the speeds touted here, it would have to be stacked as well. 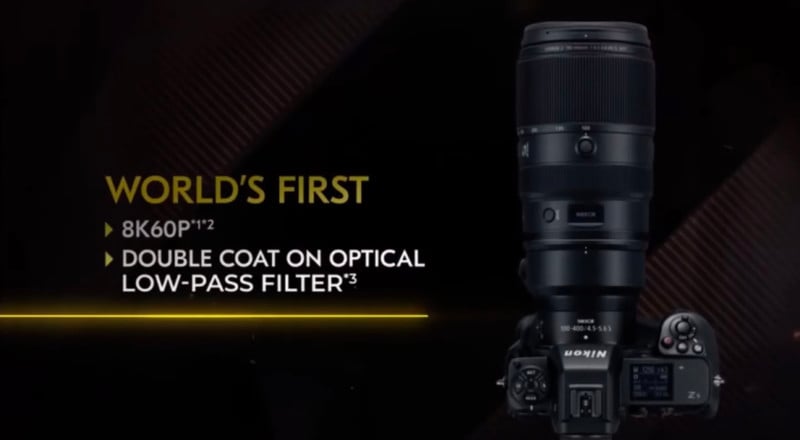 Other features to expect are the ability to capture 8K at up to 60 frames per second, which is another world’s first, and a double coat on its optical low pass filter. Nikon already teased the ability to capture 8K at lower frame rates continuously with no apparent recording limits, but the addition of 60 frames per second is a nice surprise and will enable slow motion in addition to incredible resolution. 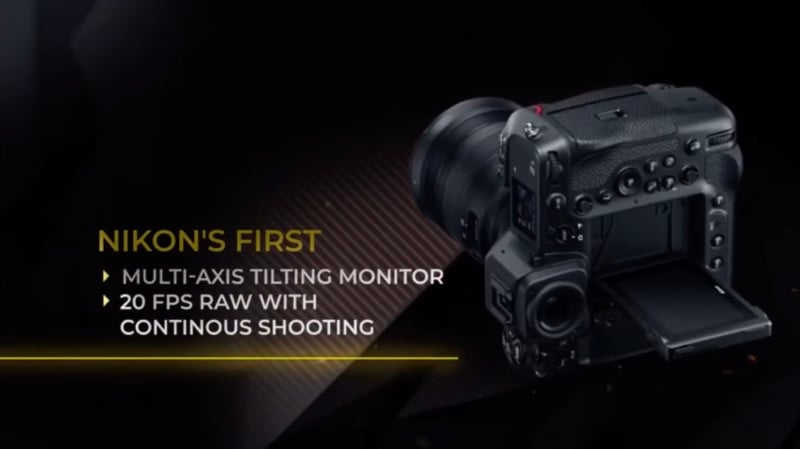 The leaked presentation also gives a longer look at Nikon’s new rear LCD and its ability to orient differently than its cameras of the past, which was the major feature that the company’s official first teaser spent nearly its entire runtime showing off.

With the amount of information found in this leak, it’s unlikely that the official launch of the camera is far off.