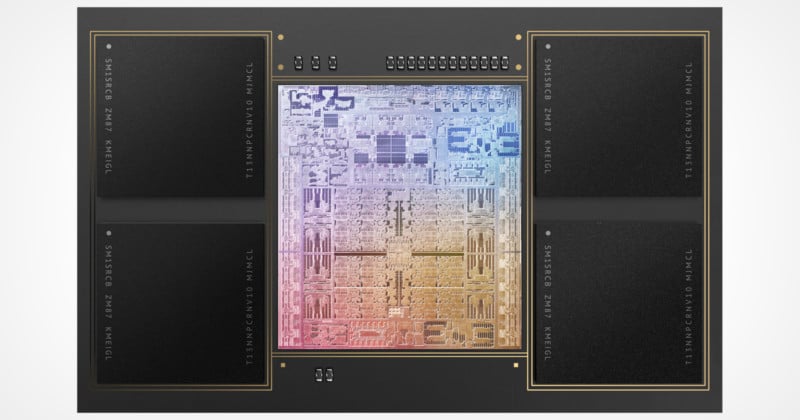 Apple is reportedly the latest tech giant to join the mass of others affected by the global chip shortage, as customers are left waiting weeks or longer for the latest devices. The escalating problems will no doubt affect holiday season purchases.

Tech companies, including major camera brands and retailers, have felt the effects of the global chip shortage and supply chain disruptions throughout the year, leaving many highly-desirable technology products delayed or unavailable to customers who are willing to buy them.

PetaPixel sources continue to confirm that cameras and lenses from all manufacturers are facing extremely low supply issues and that is unlikely to change heading into the holiday season and the months beyond.

Although Apple had seemingly mostly avoided becoming majorly impacted, Bloomberg has reported that the reality has finally set in for the Silicon Valley giant as it is looking unlikely that the company can fulfill the expected holiday season orders.

The latest Apple products, such as the new iPad Mini and the ninth-generation iPad, alongside the iPhone 13 and Apple Watch Series 7 — all of which were announced in September — and the most recent MacBook Pro launched just last week, won’t be fulfilled until November or December at earliest, and overall stock for the coming months is in question.

Bloomberg reports that some of the older devices, such as the iMac which was announced in April, are experiencing delays, too. Even orders of the $19 Apple Polishing Cloth haven’t escaped unscathed.

New orders of the Apple Polishing Cloth are now delayed until late November. The high-powered processor and intricate design makes this cloth another casualty of the chip shortage. pic.twitter.com/Vd6ETIni0E

Although it is not unusual to wait for in-demand Apple products, this year has seen more widely-spread delays which can affect Apple’s sales quarter, said to be the biggest visible impact in its recent history. Apple’s flagship product — the iPhone — accounts for approximately half of the company’s sales and is also experiencing the highest case of shortages. This has left customers struggling to find the latest iPhone 13 in every configuration which is not only frustrating for the customer but will also financially impact Apple. It’s hard to feel bad for one of the richest companies on Earth, but it should be telling that despite the massive supply chain pull Apple commands, even it cannot get the parts it needs.

According to Intel Ceo Pat Gelsinger, the ongoing chip shortage is likely to extend until at least 2023, although he estimates that with every quarter next year the situation should “incrementally” improve. This also coincides with Nvidia’s expectations of supply issues throughout the next year for its GPUs.

The disruptions have caused a 2% drop in revenue for the Client Computing Group that produces Intel’s desktop and laptop chips, in addition to a 5% drop in notebook sales.

Intel rival AMD sees the situation more positively. AMD CEO Dr. Lisa Su expects a “likely tight” chip supply for the near future but predicts that the situation will improve in 2022.

“It gets better next year, not immediately, but it’ll gradually get better as more plants come up,” says Su.