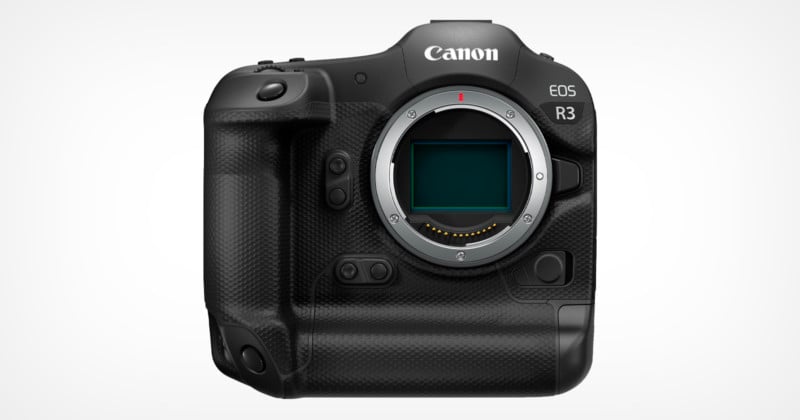 Those waiting to see the final details of Canon’s EOS R3 camera will reportedly get their wish on September 14, as a new launch page for a Canon camera has gone live in Japan.

As spotted by PhotoRumors, Canon has launched a countdown clock on its Japanese website that promises a “Canon EOS Presentation” for a new product on September 14.

“A new era of video begins,” the website reads with a promise of a “new product launch” as a subtitle.

Notably, Canon does not reveal the product that will be featured in the presentation, but a week ago Canon Rumors reported that September 14 would be the launch date for the EOS R3. After what the website describes as a “false alarm” June announcement, Canon Rumors stated that “a few things lining up that seem to point to an announcement on or around September 14, 2021.”

The combination of that date in a rumor from a week ago mixed with a new product announcement event slated for the same time in Japan seems like more than just a coincidence. Additionally, previous rumors pointed to this fall as the launch date for the camera after rumors of its launch in June were debunked.

The EOS R3 is expected to feature a Canon-designed 24-megapixel back-illuminated sensor (courtesy of photos taken at the Tokyo Olympics), vari-angle touchscreen, a new type of hot shoe with enhanced capabilities, a high-speed electronic shutter, oversampled 4K video in Canon Log3, eye-control autofocus capabilities, internal RAW video recording, and the ability to track cars and other automobiles with intelligent autofocus technology. The full list of confirmed specifications can be found as a combination of Canon’s first and second development announcements.

Canon Rumors also reports that not only will the EOS R3 be announced on September 14, but multiple adapters and two new lenses will also be revealed. The rumor site alleges that the EOS R3 will launch beside the ST-E10 Speedlite Transmitter, the AD-E1 Multi Accessory Shoe Adapter, a DM-E1D Stereo Microphone, and a strap as well as two different eyecups.