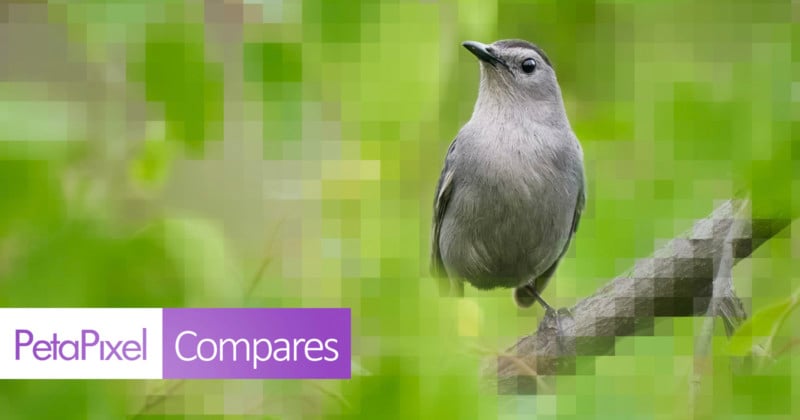 Adobe’s new Super Resolution is making a big splash in the industry as photographers can output cleaner upscaled images at four times the original pixel count. Is it really impressive enough to take the crown from Topaz Labs’ Gigapixel AI?

Super Resolution is a brand new feature that lives inside Adobe Camera RAW and uses machine learning to increase the size of images while attempting to maintain sharp details that can otherwise be muddied from simple upscaling. Similar in purpose, Topaz Labs Gigapixel AI is a standalone software that specializes in upscaling images through the use of machine learning/artificial intelligence (AI). Gigapixel AI has been around since 2018 and is by all accounts the best and most popular product for the job. Will this change with Adobe now entering the ring?

In this comparison review, I will be taking a closer look specifically at how each handles enlarging subjects for the purpose of being able to crop in further. As a bird photographer, I will tell you that heavy cropping is an accepted practice as it’s more ethical to not disturb avian routines and also because 600mm doesn’t mean nearly as much as you think when your subject is a few inches tall. To that, I’m excited at the prospect of being able to enlarge the apparent size of my subjects and maintain quality while also not trimming so many pixels away that I’m left with a finished image the size of a postage stamp. 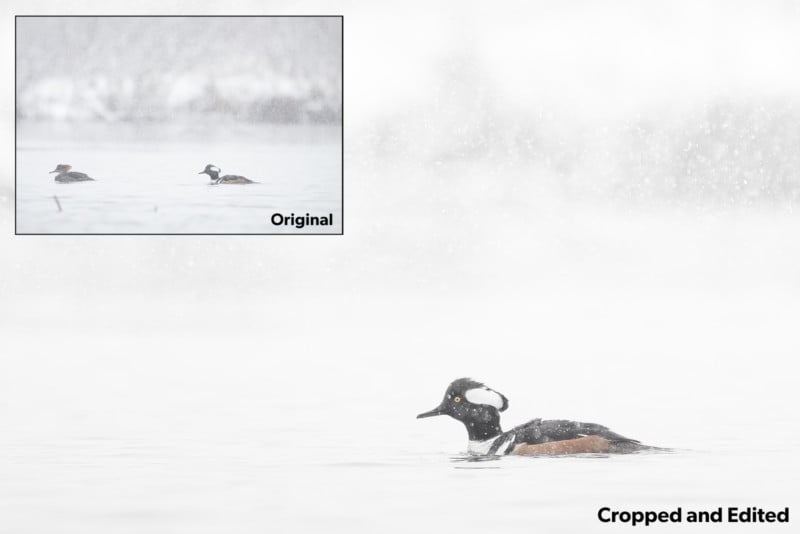 Before we jump into the end results, I think it’s worth taking a look at what the process is like to get there. Comparing the overall software design between the Super Resolution panel inside Adobe Camera RAW and Gigapixel AI, there are clearly differences in philosophy.

With Super Resolution, it’s a simple “Enhance Preview” window with a checkbox that turns the feature on or off. Below the checkbox, it shows an estimated completion time. Clicking in the preview window will toggle the enhancement off and on to see the difference before processing an image.

Looking at Gigapixel AI, it takes things to another level. While Super Resolution can only double the length and width of an image, users in Gigapixel AI can choose to upscale any custom amount up to six times the original size.

There are more refinement controls as well in Gigapixel AI, such as Suppress Noise, Remove Blur, Reduce Color Bleed, and Face Refinement. It also has various A.I. modes depending on what the content is, including Standard photos, Architectural, Compressed, and Art. As a standalone application, the preview window is also much larger than that of Adobe.

Clearly, Gigapixel AI is a much more fully-featured tool that can be finessed to getting different results from the same photo based on what’s desirable. Unfortunately, however, it’s not all roses here. There’s a drastic difference in processing time when exporting out an image.

While doing this comparison review, it took between 10 to 15 minutes to process one image in Gigapixel AI on my 2014 Apple iMac computer. In the event that you decide you want more noise reduction or blur removal, that’s going to be another 10 to 15 minutes to make the adjustment. Fortunately, the previews in the application were mostly accurate to the final result, so be sure to use them and get things right the first time.

On the other hand, it took all of 10 seconds for Super Resolution to complete its process.

In practice, that means for me that Gigapixel AI is a “walk away and come back later” amount of time, whereas Super Resolution lets me keep working on images with no real interruption to that flow. This difference alone makes it impressive to me that Super Resolution is buried away in the expansive Adobe toolkit, whereas Topaz Labs sells it front and center as the primary feature of an entire application and it is still way behind in terms of speed.

Now, on to the main event: I’m going to go through several images that have been processed by both Super Resolution and Gigapixel AI. In addition, there will be a basic “scaled” demonstration in the side-by-side comparisons that is effectively just an enlargement of the photo in Photoshop with no tricks involved.

These first two examples are going to be from feeding already completely edited images into them, and the rest will be based on the original RAW file. For this photo, I had shot it with the Sony A1 and cropped it in for the edited version. While having 26 megapixels as an end result is quite good, I may have wanted to crop into the eagle much tighter for a more intimate final look.

This is also a final edited image that was then put through the AI enlargers. Again, what I find is an edge toward Super Resolution as it is slightly sharper than the basic scaling, but the difference is not nearly as apparent as I would have thought. Then it’s Gigapixel AI who takes it up a notch but at the cost of being a little too aggressive for my taste.

That said, these are 100 percent crops, and backing out to a regular viewing resolution hides the grittier imperfections and makes the Gigapixel AI version sharper and better looking to me.

This photo was taken with the Sony a7S III, and therefore limits the cropping potential working with only 12 megapixels from the get-go. After running through the three variations, it’s clear that Super Resolution beats scaling in retaining detail, and Gigapixel AI beats Super Resolution is overall sharpness and noise handling.

In Adobe’s defense, these are the results straight out of the RAW file and there’s nothing stopping me now going into the Super Resolution edit and adding more noise reduction and sharpening to get in the same ballpark as Gigapixel.

When I first started putting together this comparison, the below is the image I immediately had in mind to work with. Fun fact: this is the unedited version of my most liked photo ever on Instagram. My secret is that what I posted there is cropped to Instagram’s exact photo dimensions of 1080 pixels wide. If anyone wanted to buy a print of it they were going to be out of luck without some upscaling.

Between Super Resolution and Gigapixel AI, it goes a little bit both ways. Overall the Gigapixel AI version would be great, but it ended up with splotchy noise reduction that I couldn’t avoid. Super Resolution is softer, but it might be the winner with some more work done to it.

When I posted the edited image of this to Instagram, it was the same story of 1,080 pixels wide with a 100 percent crop. With the branch poking into the body, I wanted to remove that from the frame and choose a tight crop on the head in order to salvage something out of this dark, dramatic scene.

Overall, it’s my opinion that Gigapixel AI nailed it best out of the bunch. As far as I can tell, there are no strange artifacts on this one that makes it lose appeal.

Another great use of capturing more of a scene to crop later are small, unpredictable birds in flight. With this comparison, I find that Gigapixel AI did the best job, but not without fault. There are some noise splotches that bug me, but once backed out of a 100 percent crop they are difficult to spot.

In the end, what I learned is that Gigapixel AI is a more powerful tool (sometimes too powerful), yet Super Resolution maintains strong viability through its performance.

The settings inside Gigapixel AI allow me to tinker away and try to achieve the best result, which is often finding the sweet spots between too much noise and patchy noise reduction or retaining fine details and oversharpening. Once it’s dialed in on the preview, however, the drawn-out processing time is a real pain.

Super Resolution has the benefit of being nimble as well as never over-processed with crazy artifacts. The downside to that is it’s not always taken to the same positive potential as seen with Gigapixel AI. With Super Resolution, there’s no thinking: just doing — but I don’t think that’s entirely a bad thing. When I’m in a creative mood, the last thing I want to see is a 10-minute wait screen, and Super Resolution avoids that.

If I could only ever use one of these tools going forward, I would pick Super Resolution. What it lacks in direct features can still be refined through other means within Adobe Camera RAW and the outputted DNG file can be brought into any photo editor. Like with post-processing in general, it’s always better to be too subtle than too harsh, and that summarizes Super Resolution perfectly.