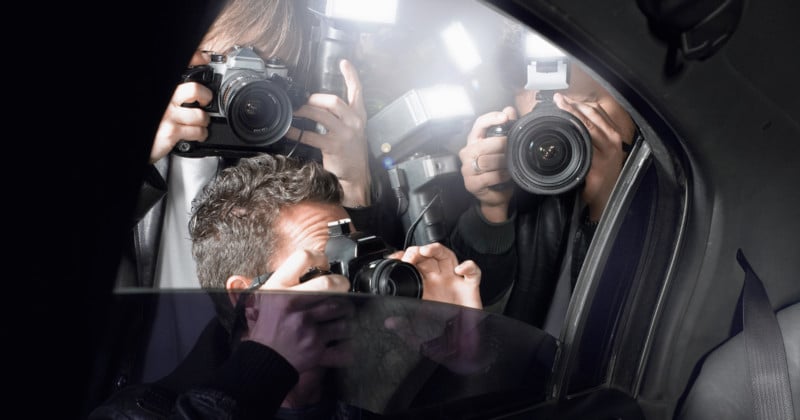 Splash News & Picture Agency, a prominent paparazzi group, has filed for Chapter 11 bankruptcy stating that the global pandemic that has kept celebrities indoors is partially to blame, but also fighting a privacy lawsuit by Meghan Markle has caused the group to default on a nearly $1M loan.

“Splash’s financial problems stem from three sources,” Splash president Emma Curzon writes in a declaration associated with the bankruptcy filing. “As a consequence of the global pandemic the availability of celebrity images has declined and budgets within media companies have been cut to reflect wider macro-economic challenges. This situation has been exacerbated by two ongoing litigation cases and the costs of defending these cases.”

Splash is currently tied up in two major legal battles. The highest-profile case is with Markle over photos that were taken during a “private family outing” at a park in Canada which the BBC reports was settled in December. However, the Hollywood Reporter states that the case may not be fully resolved.

“The case involves free speech-related issues under United Kingdom law and, unfortunately, has proven to be too unbearably expensive for Splash to continue its defense,” Curzon continues. “Furthermore, if the plaintiffs were to prevail in that case it would likely result in a large attorney fee award against Splash. Notwithstanding the merits of the case the company has sought to settle this matter but has been unable to agree [on] a financial settlement within its resources.”

The second case Splash finds itself defending against is of a different nature, and centers around former account manager Esmeralda Servin who alleges that she was repeatedly subjected to sexist remarks while working for the company. She also alleges that she was terminated for raising concerns regarding commission structure and illegal bidding.

While Splash seems to be collapsing under the weight of legal battles, the organization is usually on the other side of such circumstances. As the Hollywood Reporter notes, Splash has pursued many celebrities in court, was one of the pioneers in actions against famous individuals posting images of themselves (likely photos taken by Splash photographers without express permission on social media). In one case, Odell Beckham, Jr., an NFL wide receiver, claimed extortion when Splash demanded $40,000 for sharing an image of himself on Instagram.

Splash states that Deasil Limited, the company’s secured creditor, has placed a lien on the organization’s assets as Splash owes nearly $1 million.