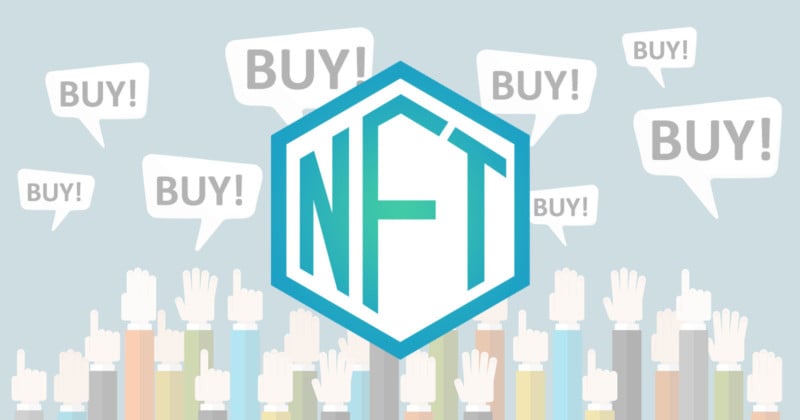 Over the last few weeks, it seems like the world wide web has been swamped with both explainers and critiques of Non-Fungible Tokens, or NFTs. It’s a pyramid scheme! It’s the next thing in Fine Art! It’s an ecological disaster! I am making so much money!

There are many points being made out there, and I am going to leave most of them for the people who have already made them so cogently. But, nothing I have read has really addressed the most basic question: Can I make some money here?

The short answer is I don’t think so, not in the long run.

The explanation, though, isn’t technical, it’s got nothing to do with blockchain or crypto.

The Value of Art

Why does a Monet have value? It’s not because Monet had special brushing skills, or because his sense of color was un-copyable. There are, without a doubt, many competent painters in the world right now who could bang out fake Monets all day long. In the Art World you can practically set your watch by the next scandal involving a bunch of forgeries that totally fooled the experts.

Monet’s paintings are valuable because we, as a society, guided by curators, art historians, collectors, and all the rest, have decided that they are valuable. That’s it. The value is socially constructed, there literally isn’t anything else. While it’s pleasing to have a physical artifact to hang the value on, it’s not even necessary.

In 2019 Maurizio Cattelan duct-taped a banana to a wall at Art Basel, and sold multiple editions of this work for north of $120,000 a pop. What the collectors bought was not even the duct tape, nor was it the banana. They bought the right to tape their own banana, to a wall of their choice, with their own duct tape, and to call that installation “‘Comedian’ by Maurizio Cattelan.” This isn’t quite exactly the same as an NFT, but boy, it’s awfully close, isn’t it? You’re not buying a thing, or a copyright, you’re buying a fairly nebulous right that’s kind of like ownership of something that you can’t quite put your finger on.

So why is Cattelan’s “Comedian” worth anything? Can anyone just tape an apple to a wall, call it “Funny” and sell it for $100,000? Of course not. But why not?

I liken it to a joke. Not that “Comedian” is a prank (although it kinda is that too) but that it functions, socially, in the same kind of way.

Imagine you’re out with your friends getting burgers and shakes. Someone spills their milkshake, and one of your friends makes a milkshake joke that is, in that moment, hilarious. The joke lands. It lands because it was told in the right moment, in the right social milieu. 30 seconds earlier, before the milkshake spilled, it wouldn’t even have made sense. A minute later and the joke would have been about how long it took to think up the joke.

If a passing stranger had told the joke, maybe it would have landed, maybe not. It depends.

Art works like jokes, with one quibble: where we organically, in the moment, decide if the joke is funny, Art has an industry of people whose job it is to decide if the Art is “good” (or, more importantly, “valuable.”) So, Art works like a joke at one remove. It’s socially constructed and depends on the same kinds of things a joke depends on, but we have a professional class to do the heavy lifting for us. A joke just has to land in a room full of people; a Monet or a Gursky lands globally.

Cattelan read the room in the same way that the funny friend did. At that moment, in that place, with those people. you could sell a critique of the Art World by taping a banana to a wall. The next guy along with the duct tape and apples is just the awkward friend riffing bad milkshake jokes too late. It’s embarrassing, and nobody buys the apples. You can only make the wow the Art World sure is weird joke every now and then, and you gotta read the room.

So what about NFTs?

Well, Beeple read his room, and managed to sell a thing for $60M (plus $9M to Christie’s.) It’s a different group of people, this is not the Art World, although it probably overlaps a little. It has some people in it, as does the Art World, for whom money is almost literally meaningless, and those people are generally good for a few mil if you play your cards just right.

Society as a whole wants Art to be pretty scarce, so despite the fact that there are literally millions of perfectly talented painters out there, only a few of them get to be Big Names. There is that entire industry that directs the social assignment of value to a small selection of Art. Curators, gallerists, art historians, critics, etc are our “trusted voices” who tell us, as a society, which ones are good, and which ones aren’t. They tell us which Art is valuable, and which Art is not.

The fact that it’s social rather than technical, and therefore pretty arbitrary, is irrelevant: this is how it works, and it’s how we want it to work. We want Art to be special, to be rare, and so we hire people to convert the absurd abundance of art made into an artificial scarcity by rejecting almost all Art as bad.

Is there an equally trusted set of people in the NFT space who will do the choosing for us, who will lend their carefully developed personal and professional social capital to the project of saying “this one is good, but those are crap?” I don’t see ’em anywhere.

Who would you trust? A bunch of venture capitalists? Christie’s Auction House? The traditional Art World people mostly don’t seem to be eager to sign up for this job, but maybe?

Without some mechanism, without a system, for assigning good/bad judgments, I don’t see how this is going to work out. Yes, you can sell remarkably intangible Art, but it’s a limited market. The social milieu has to be right.

You can’t just tell milkshake jokes all day and expect them all to land.

Without some system for creating scarcity from the abundance of NFTs, I don’t see any way for value to occur. In the Art World the gatekeepers, those curators and gallerists, literally create the value by sheer force of will, and by carefully spending their social capital, the expertise lent them by their degrees, their books, their newspaper columns, and so on.

The Future of Fine Art NFTs

Who will do the same job for NFTs? If not a “who” then “what?” There’s an awful lot of NFTs being minted, and only so much market to go around.
If no system emerges, I don’t quite see how this is even going to survive to be A Thing.

So, in the end, you could make some money, but for this to become a sustainable system, a functioning market, there are some pieces that need to emerge — pieces that don’t currently exist.

Image credits: Header illustration based on image by evencake / Depositphotos and NFT icon by NFT MCH+ (and licensed under CC BY-SA 4.0)

This is the First-Ever Footage of a ‘Time Crystal’

OnePlus 9 Pro with Hasselblad Review: Ambition, With Room To Grow