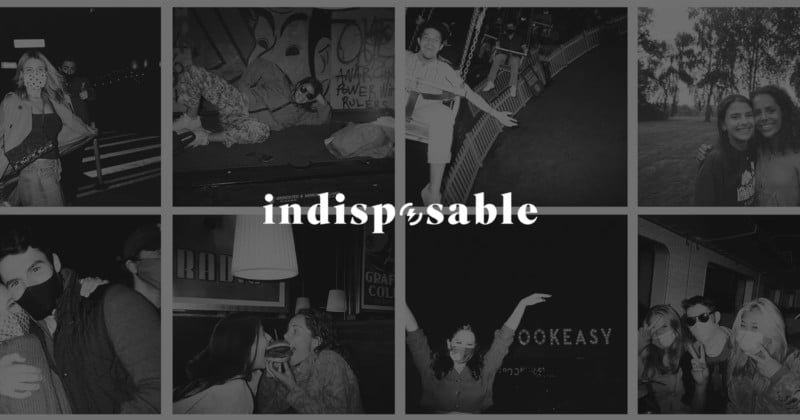 New startup Indisposable is offering a unique proposition to photographers by acting as a film developing service that understands the importance of digital. The company says it is blending film photography seamlessly into digital.

“By erasing the barrier between the physical and digital experience, Indisposable offers everyone a simple way to bridge the gap between shooting on film and sharing online,” the company claims.

As it stands, there are two ways to send the company your film. First, you can receive a label from the company via email that you can print at hoe or they can mail you a custom pre-paid postage mailer for you to put your film into and mail back to them. The company of course also gives you the option to receive your negatives back, for an added $3.00 charge. While Indisposable does have an app where your images will automatically appear after they are processed, you don’t have to use the app to access your photos. You will also get an email that will have your images attached so you can store them on your computer as well.

Indisposable also says that any images uploaded to its app will always remain there and will never expire.

Indisposable claims that it stands out from the other expensive boutique film companies by being more affordable and more accessible to the average, casual film photographer. Additionally, its core business isn’t about making prints, and the company at present doesn’t offer them. Indisposable seems to believe that even if you shoot on film, the majority use case for the images is going to be digital and is going all-in on that assumption at launch. That said, the company does has indicated that it plans to offer prints in the near future.

Last year my friends and I took a trip to Colorado, and before our flight I ran out and grabbed a disposable camera for each of us. We all took photos throughout the trip that we weren’t able to review until we were home and had them developed… it was such a fun surprise to get the photos back and share! We were instantly hooked and this hobby continued for us until the pandemic began. But we noticed that a lot of labs only did prints or gave you images on CD’s. We wanted to take the simplicity a step further and have the images be sent right to your phone. No extra steps of downloading reels and putting them on your device. We had a feeling a lot of users were like us, and placed the most value on the digital version of the film photo.

The company’s app is currently only available on iOS and while the cost to develop film through Indisposable is a bit expensive, the business model seems solid.