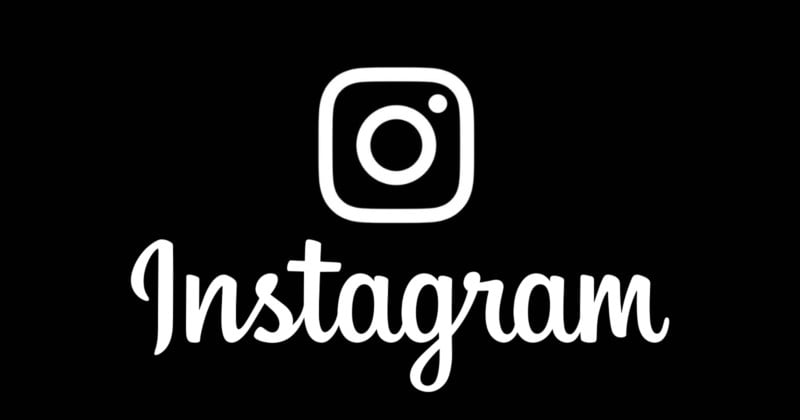 After coming under fire for its inconsistencies with how it handled photos of plus-sized model Nyome Nicholas-Williams on its platform, Instagram will update its policy on nudity.

Following a campaign launched in The Observer, the publication has confirmed that Instagram and its parent company Facebook will be updating its policy on nudity in order to curb discrimination of plus-sized black women on its platform.

In August, The Observer published an article alleging that Instagram was censoring images posted by Nyome Nicholas-Williams, known as CurvyNyome on Instagram. According to that article, Nicholas-Williams had uploaded a photo to the platform that depicted her with her arms folded across her breasts.

I am aware images of black plus sized bodies are still being taken down, I see the tags in comments and in my DM’s too. We are still working, these things just take time! Please remember that I’ll never stop fighting for what is right and this campaign is far from over! Until black plus sized bodies stop being censored there is always work to do. #Iwanttoseenyome @ginamartin @instagram @instagramforbusiness 📸 @alex_cameron

Within hours, Instagram deleted the photo and warned Nicholas-Williams that her account could be shut down, a feature added to the platform last year.

“Millions of pictures of very naked, skinny white women can be found on Instagram every day,” Nicholas-Williams said to The Observer. “But a fat black woman celebrating her body is banned? It was shocking to me. I feel like I’m being silenced.”

@lizzie_ryder kindly made a petition, please swipe up to sign and support Instagram censoring black bodies/black fat bodies! This is important, don’t let what I’ve been fighting for be driven in silence and forgotten about because of plus sized white women co opting a campaign and centring themselves. This is no joke!! This is my life first being censored by Instagram and now being silenced by white tears. Link in my story and my bio! ♥️ (If context is needed please see my highlights).

Nicholas-Williams was especially incensed when her problems came after Instagram leadership came out against bias and inequity. In June, CEO Adam Mosseri said he was “hearing concerns about whether we suppress black voices and whether our products and policies treat everyone equally” and that the company was “Addressing the feedback we get has always been an integral part of how we work, and has helped us build a better Instagram for everyone.”

We stand in solidarity with the Black community. But that’s not enough. Words are not enough. That’s why we’re committed to looking at the ways our policies, tools, and processes impact Black people and other underrepresented groups on Instagram. Addressing the feedback we get has always been an integral part of how we work, and has helped us build a better Instagram for everyone. We’re going to focus on four areas: * Harassment * Account verification * Content distribution * Algorithmic bias It’s not enough to simply celebrate or amplify Black voices on Instagram. We need to make sure we’re doing everything we can to protect them as well, and doing so requires we address the specific ways they’re impacted. Our focus will start with Black community, but we’re also going to look at how we can better serve other underrepresented groups. Instagram should be a place where everyone feels safe, supported, and free to express themselves, and I’m hoping this will get us closer to that. Link in bio for more.

In July, the company’s Vice President of Product Vishal Shah promised to investigate its racist algorithms: “The racial justice movement is a moment of real significance for our company. Any bias in our systems and policies run counter to providing a platform for everyone to express themselves. While we’re always working to create a more equitable experience, we are setting up additional efforts to continue this progress.”

Nicholas-Williams alleged that what Instagram was saying publicly did not align with what was actually happening on the platform. The Observer reported that the company denied Nicholas-Williams had been racially discriminated against but confirmed that its former policy on “boob squeezing” had caused her photos to be removed.

A spokesperson from Instagram confirmed to The Observer that pictures of Nicholas-Williams were originally taken down as “we do not allow breast squeezing because it can be most commonly associated with pornography.”

But after the outcry, Instagram is moving towards adjusting its algorithms and policy. “As we looked into this more closely, we realized it was an instance where our policy on breast squeezing wasn’t being correctly applied. Hearing Nyome’s feedback helped us understand where this policy was falling short, and how we could refine it.”

According to the Observer, the updates to the policy are being rolled out to both Facebook and Instagram and will begin to come into effect “this week.”

Them:”Why do you always have to post pictures nude? Me: “slim white bodies are praised for being nude and appreciating they’re form on this platform all the time and never have images taken down or asked as to why they are posting them” Them: “why does anyone have to be naked”!? Firstly that response is from someone who doesn’t want to address their inner internalised biases and dislike of bigger bodies. We all have bodies, and we can choose to celebrate them in anyway we wish. Renaissance paintings were mostly based around the nude body, I love art so I know!! How have we become so scared to share our art and celebrate our bodies without us being sexualised or being judged by others.🤷🏾‍♀️ This is art, I am art! Thank you for always getting it @alex_cameron your work is unmatched 💥

Nicholas-Williams sees this as a win and is reportedly “delighted” with the outcome. “This is a huge step and I am glad a dialogue has now been opened,” she told The Observer. “I want to ensure that I am respected and allowed to use spaces like Instagram, as many other creators do, without the worry of being censored and silenced.”

WE FUCKING DID IT!! @ginamartin @alex_cameron and I…we changed an Instagram policy! Look what happens when three women set out to change the world! We have put our heart and souls into this campaign and to see it come to fruition is insane! The observer newspaper (which is out today) has covered the campaign from the beginning and have written another article which highlights the hard work Gina, Alex and I have done (although it states they launched the campaign) this is in fact not the case as Gina, Alex and myself strategised for three months to ensure a change would happen. Hang tight for the full details of the policy change, as I will be detailing more information soon. We worked very hard on this and managed to get Instagram and @mosseri attention and there's still a lot of work to be done, as black plus sized women continue to be censored in many ways; and white women STILL tried to hijack and make it their campaign. There is of course a huge racial imbalance in the algorithm that still exists as white bodies are promoted and don't have to worry about censorship of their posts but black bodies still have to justify presence on the platform, this has also been brought to Instagrams attention! But when we put our minds to it… we can achieve literally ANYTHING!! I’d like to thank the 16 amazing humans that put their names to our open letter and that helped us push our campaign forward! The Instagram policy changes on the 28th, it outlines the difference between 'breast holding' or 'cupping' which is a celebration of body and 'breast grabbing' which is deemed to be pornographic, these images are censored to protect underage users but this policy change should allow them to better differentiate self expression/ art from pornographic content. Hopefully this policy change will bring an end to the censorship of fat black bodies. The last three have been absolutely wild to say the least but we move and move things we did! 🙌🏽💫