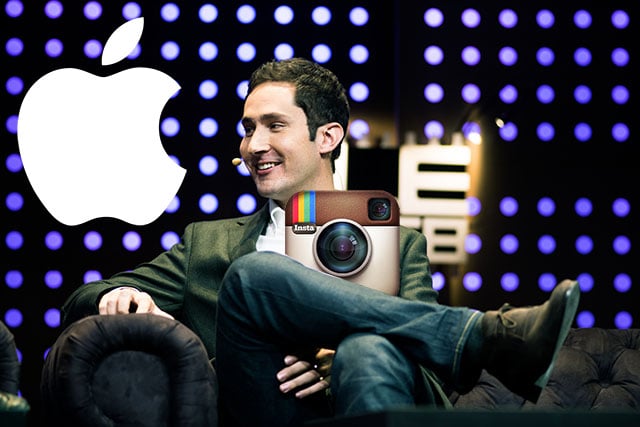 Instagram has long been at the center of debate over its policies regarding nudity. In March, the service sparked controversy by deleting a menstruation blood photo posted by an artist. Back in April, the service revised its policies to clarify that breastfeeding and post-mastectomy photos are okay.

In case you were wondering, here’s the reason behind Instagram’s stance against nudity and sexual content: Apple.


Business Insider reports that at an event in London last week, Instagram CEO Kevin Systrom opened up about how Apple’s policies shape Instagram’s.

Apple’s App Store has strict guidelines that govern the content that can be accessed inside apps. Cross certain lines, and app developers can face serious repercussions from one of the biggest mobile content gatekeepers.

We know that there are times when people might want to share nude images that are artistic or creative in nature, but for a variety of reasons, we don’t allow nudity on Instagram. This includes photos, videos, and some digitally-created content that show sexual intercourse, genitals, and close-ups of fully-nude buttocks. It also includes some photos of female nipples, but photos of post-mastectomy scarring and women actively breastfeeding are allowed. Nudity in photos of paintings and sculptures is OK, too.

Systrom says that if female nipples were allowed on Instagram, then Instagram would be forced to list the app with a 17+ rating in the iTunes App Store. This would greatly reduce the potential reach of the app, which has been adding 100 million users every 10 months.

Instagram is “committed to artistic freedom,” Systrom says, but “in order to scale effectively there are [some] tough calls”… such as banning most types of nudity.