Landscape photographer Thomas Heaton is used to shooting epic vistas and vast landscapes, capturing the world in broad strokes. But since he’s stuck at home like the rest of us, he thought he’d try macro photography on for size. After all, how hard could it be?

The answer to that question comes in a video titled “I Thought Macro Photography Would Be Easy,” and anyone who has ever tried macro will know what happens next. Over the course of multiple days and two videos, Heaton is pushed both creatively and mentally by the challenge of capturing tiny objects in glorious detail. 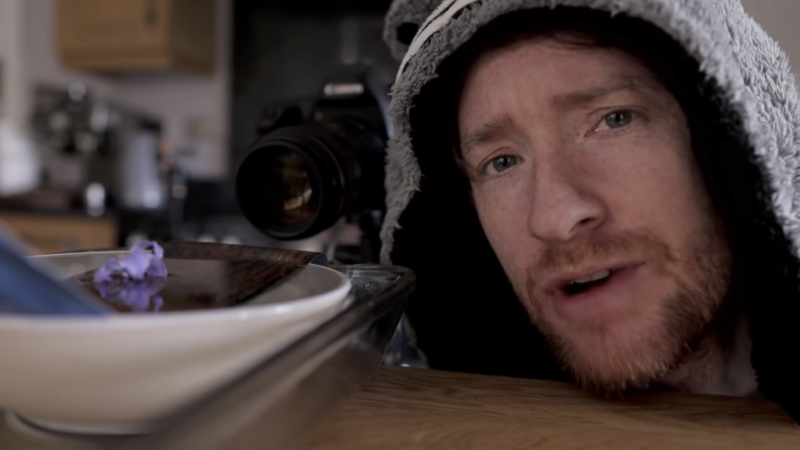 The first video covers his struggles during his very first attempt at macro photography. Subjects drift away or get soaked, water droplets don’t cooperate, and his elaborate ideas are too advanced for his limited experience.

In the end, he credits any “keepers” to luck rather than skill.

In the second video, Heaton tries something a little different with slightly better results. After snagging one of his wife’s spare fish tanks, he proceeds to take some pictures while pouring all sorts of household products into the water, hoping to capture something cool in the process:

As Heaton discovered pretty quickly, capturing an eye-catching macro photograph is a painstaking and, at times, frustrating process. It requires skill (duh), but also patience and an eye for what will work and what won’t—and that last bit only comes by experience.

Check out his attempts to become an at-home macro photographer above. And if you want to see more from Heaton—mostly to do with landscape photography, where he’s a lot more comfortable—head over to his YouTube channel where you can follow along with his adventures.

Sigma Launches ‘Shot at Home’ Photo Contest, Will Hand Out Thousands in Prizes

The Art of Selling Art: Partnering with Interior Designers to Sell Prints