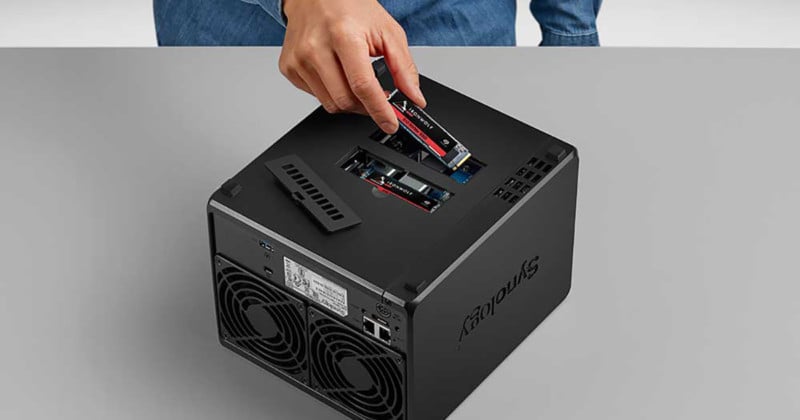 The folks at Seagate have just added an M.2 NVMe SSD to their high-endurance IronWolf lineup. The new IronWolf 510 is described as “ideal for creative pros” and “the world’s first PCIe SSD” to meet the rigorous endurance specifications set by Network Attached Storage (NAS) manufacturers.

M.2 NVMe SSDs have become the gold standard for fast solid state storage as of late, and the new IronWolf 510 takes these drives a big step further by increasing endurance a reported 3x over the competition. According to Seagate, the drive meets the NAS manufacturer requirement of one drive write per day, and promises a whopping 1.8 million hours mean time between failures.

“We are the first to provide a purpose-built M.2 NVMe for NAS that not only goes beyond SATA performance metrics but also provides 3x the endurance when compared to the competition.” said Seagate SVP of Devices Matt Rutledge. “Because of such high endurance, our customers are getting a tough SSD for small business and creative professional NAS environments.”

Many creative professionals use network attached storage solutions from companies like Synology to store and access their files remotely. The latest NAS solutions allow you to combine spinning disk hard drives with SSDs to strike a balance between capacity and speed—with the HDDs acting as bulk storage, while the files you access most are kept on the faster (and more expensive) SSDs so you can get to them quickly.

The new IronWolf 510 drives bring M.2 SSDs up to par, with the rest of the SATA SSDs and Hard Drives in the IronWolf lineup, offering the same level of endurance in a PCIe Gen3 4x NVMe 1.3 form factor.

Using an iPhone to Document Climate Change in Antarctica