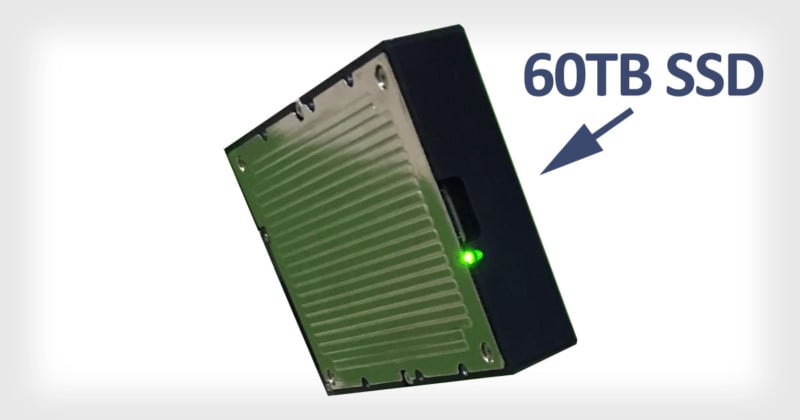 Holy terabytes Batman! A 60TB drive would be massive by any standard, but the latest Seagate SAS drive is mind-blowing for one other very important reason: it’s a solid state drive. In fact, it’s officially the world’s largest SSD.

Bigger solid state drives for mere mortals usually run around 1TB in capacity, but even the largest competing SSD currently on the market is four times smaller than Seagate’s 60TB SAS SSD. To put that 60GB in perspective, Seagate points out that the drive can, “accommodate 400 million photos on a typical social media platform, or 12,000 DVD movies.” 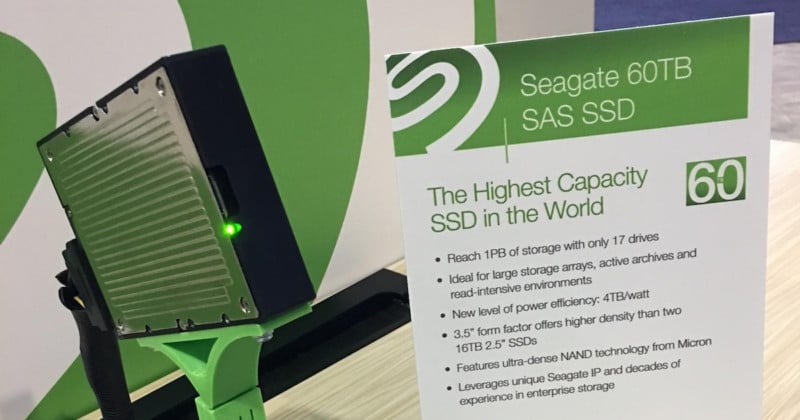 Seagate is showing off the ‘world’s largest SSD’ at the Flash Memory Summit, where the posted this photo:

Visit us @flashmem and see the world's largest #SSD at 60TB! pic.twitter.com/a2vcDrgfk7

The drive is expected to officially launch “sometime in 2017,” but don’t get your hopes up that you’ll be able to get one for yourself… even if you can pony up whatever amount Seagate asks for the 60TB monster.

For now, this drive was developed as part of Seagate’s data center portfolio, meaning it’s meant for business/data center use and not as a toy for storage-hungry photographers. Still, it’s definitely worth salivating over. This is the kind of tech that trickles down to us lowly consumers… eventually.

(via Business Wire via Engadget)