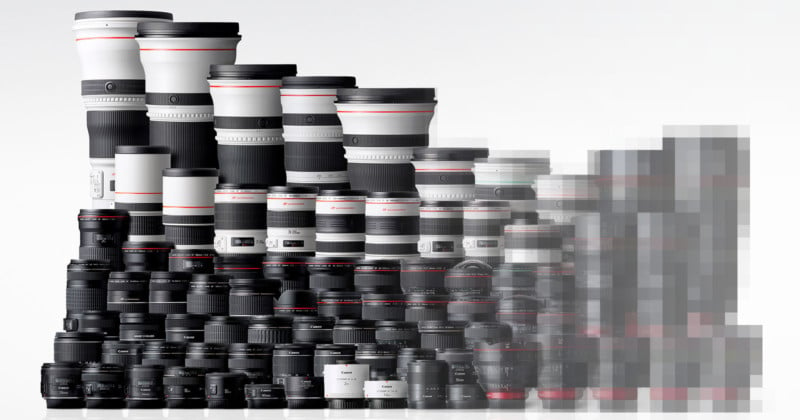 Canon is going all-in on mirrorless. The company has revealed that it has no plans to create any new EF lenses for DSLRs… unless photographers demand more.

“And of course, should the market demand it, we are ready to create new EF lenses. But for now, our focus is on RF.”

Canon had already stated in 2019 that it would be ignoring EF lenses for the year to focus entirely on RF, but now it seems those plans have been extended indefinitely.

“While it may seem unthinkable for development to draw to a close on EF lenses, the truth is that the lens mount has now been in existence for 33 years,” Digital Camera World notes. “When EF was introduced in 1987, it replaced the Canon FD mount – which at the time was an institution, and it many couldn’t fathom the company no longer producing FD lenses.”

If you’re a photographer who loves your EF lenses and wants to see more released in the future, start making your wishes loudly known to Canon. Otherwise, we may soon see the EF mount go the way of the FD.

Lenovo Smart Frame is a $399 21.5in Digital Picture Frame of the Future