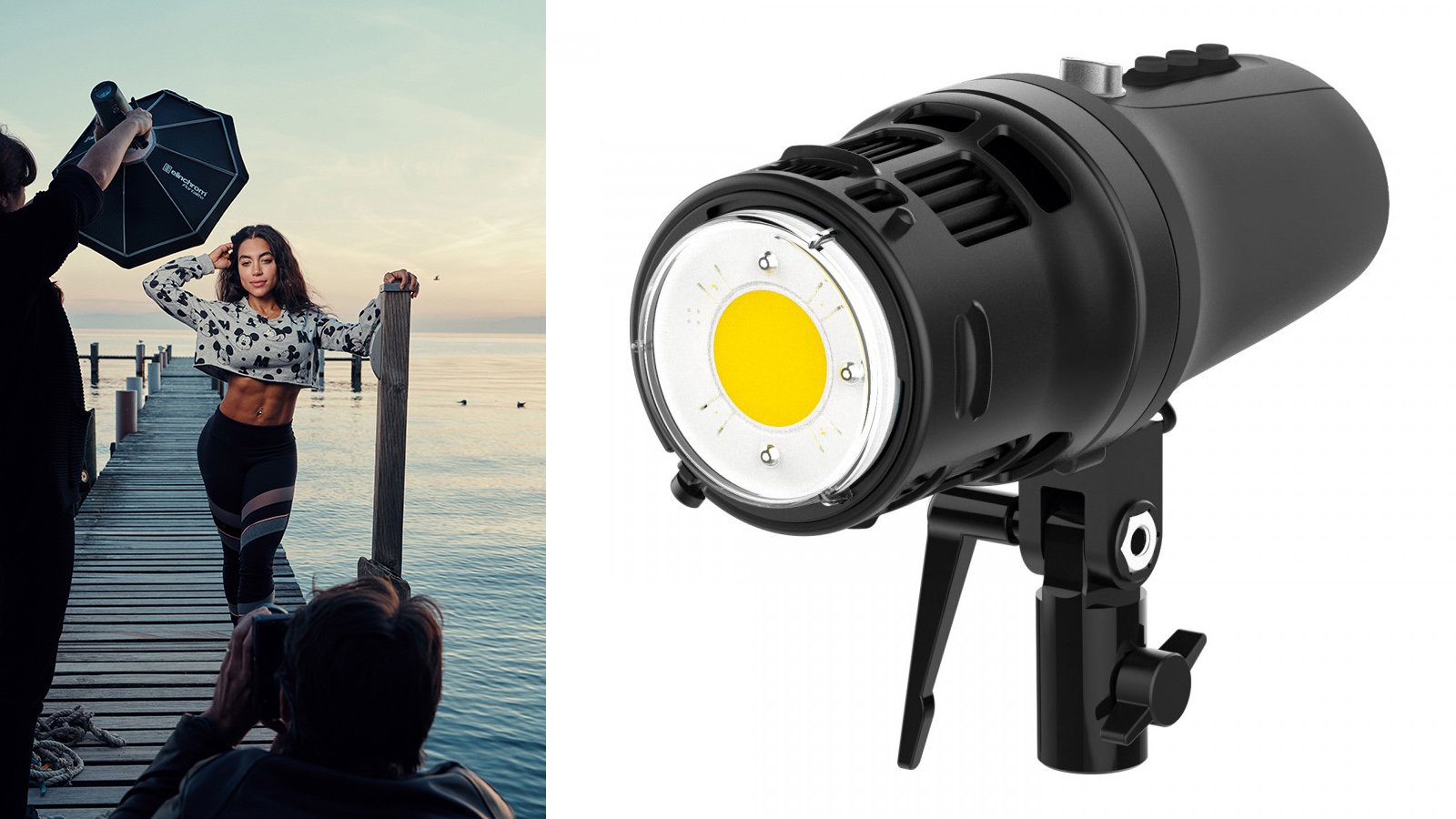 While we don’t know how exactly you quantify that claim (and they have a lot of competition in the continuous LED market) the Elinchrom ELM8 certainly seems to be a powerful and versatile option thanks to its build quality, portability, and compatibility with Elinchrom’s existing modifiers.

The daylight-balanced ELM8 can out put 8000 lumens and 16320 Lux (at 1m) with a CRI of 93. It also features Elinchrom’s Skyport Protocol radio controller, offering 20 Frequencies and 4 Groups. At full power, it’ll run for 50 minutes, and the included battery can be recharged to full power in 2 hours.

Here’s a look at the light in action: 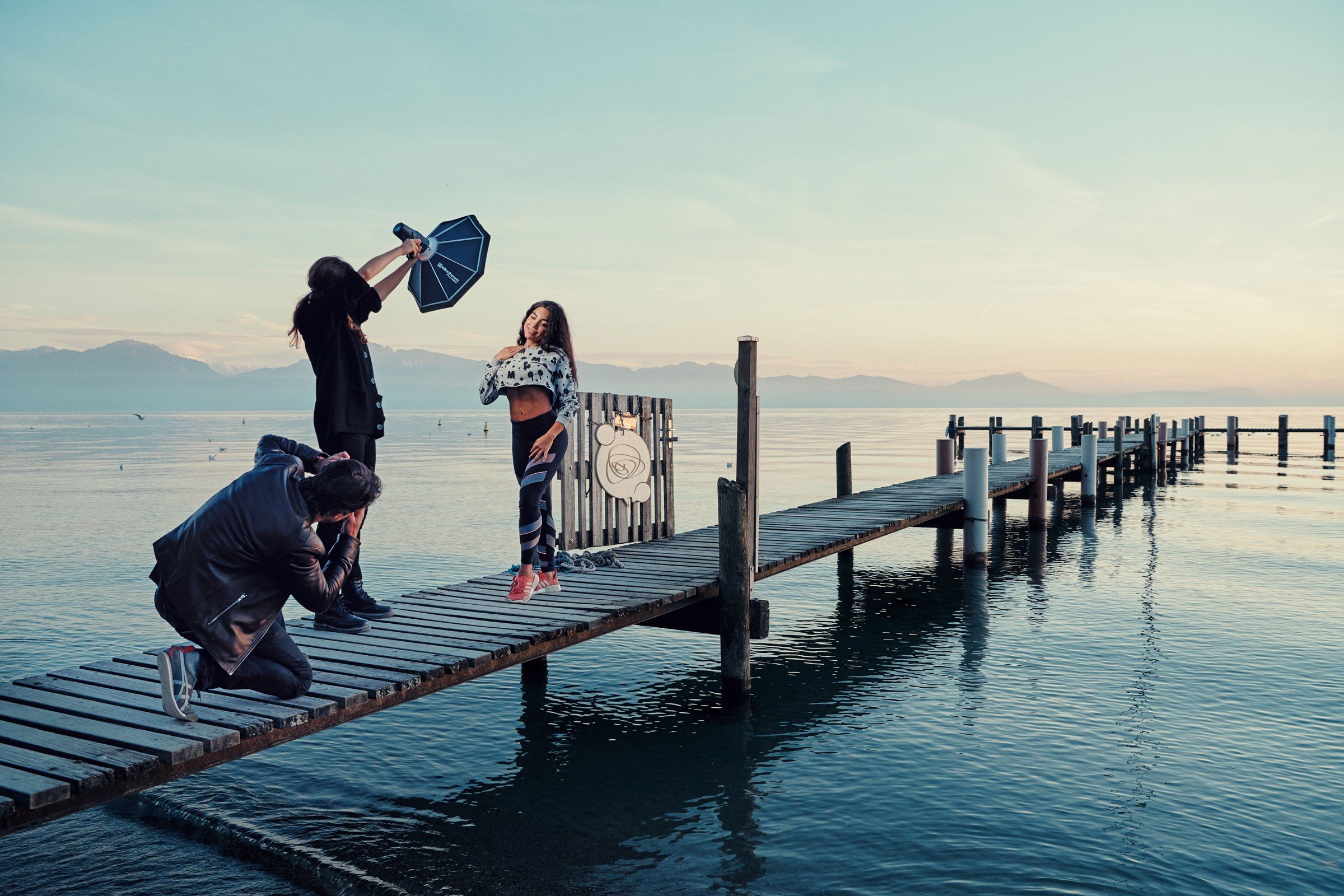 And here’s a before and after image that shows how much light the ELM8 can provide for photographers who would consider using it instead of a strobe: 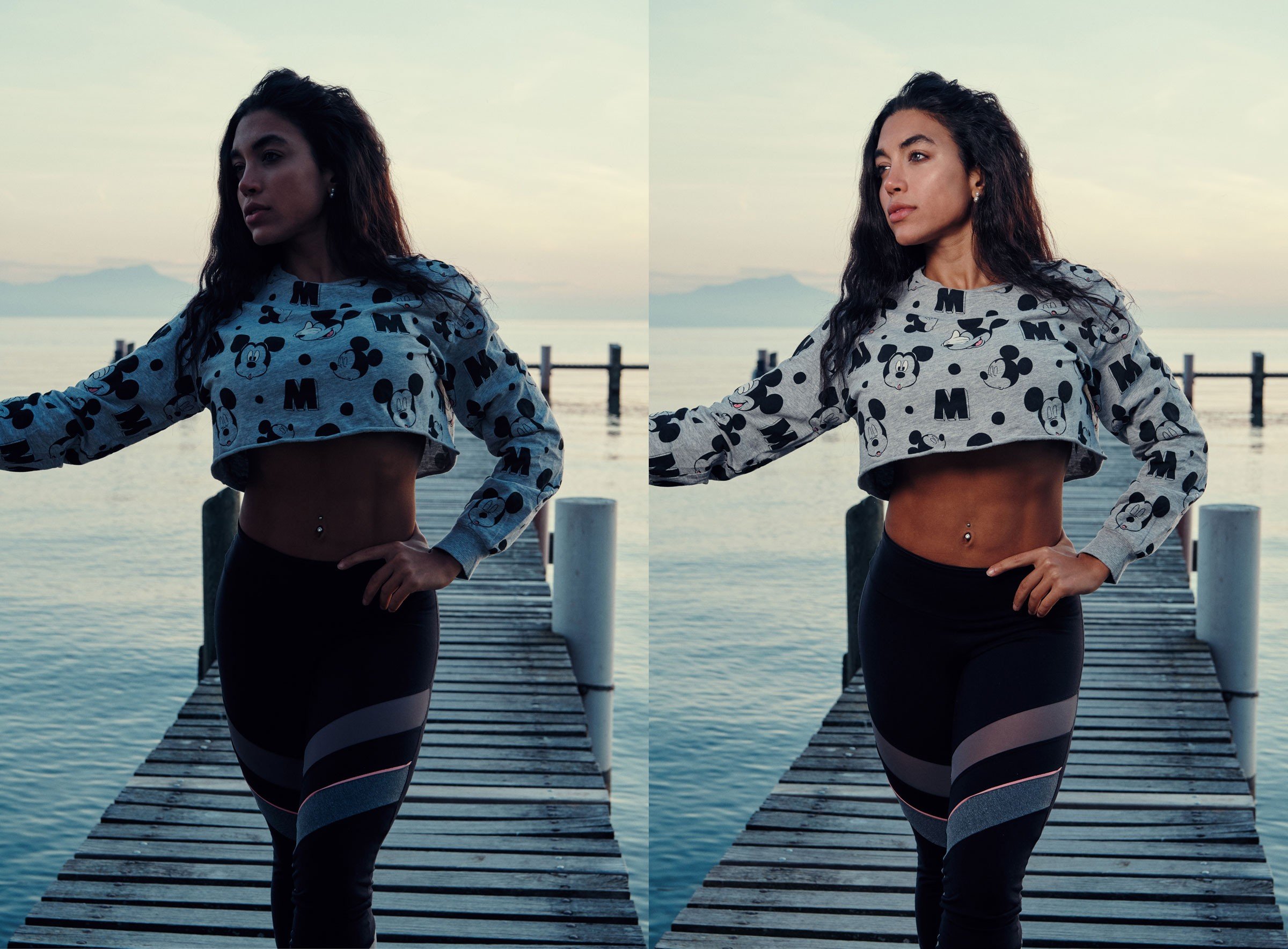 In addition to the specs listed above, Elinchrom made sure this light can go anywhere and take a beating when it gets there. The light weighs just 1.2kg (2.6lbs), and boasts an IP54 rating (protected from “limited” dust ingress and water spray) and 1m (3.3ft) claimed impact resistance.

Finally, the last key feature of the ELM8 is its compatibility with Elinchrom’s existing modifiers, which include everything from domes, to gridded reflectors, to square and octa-boxes. 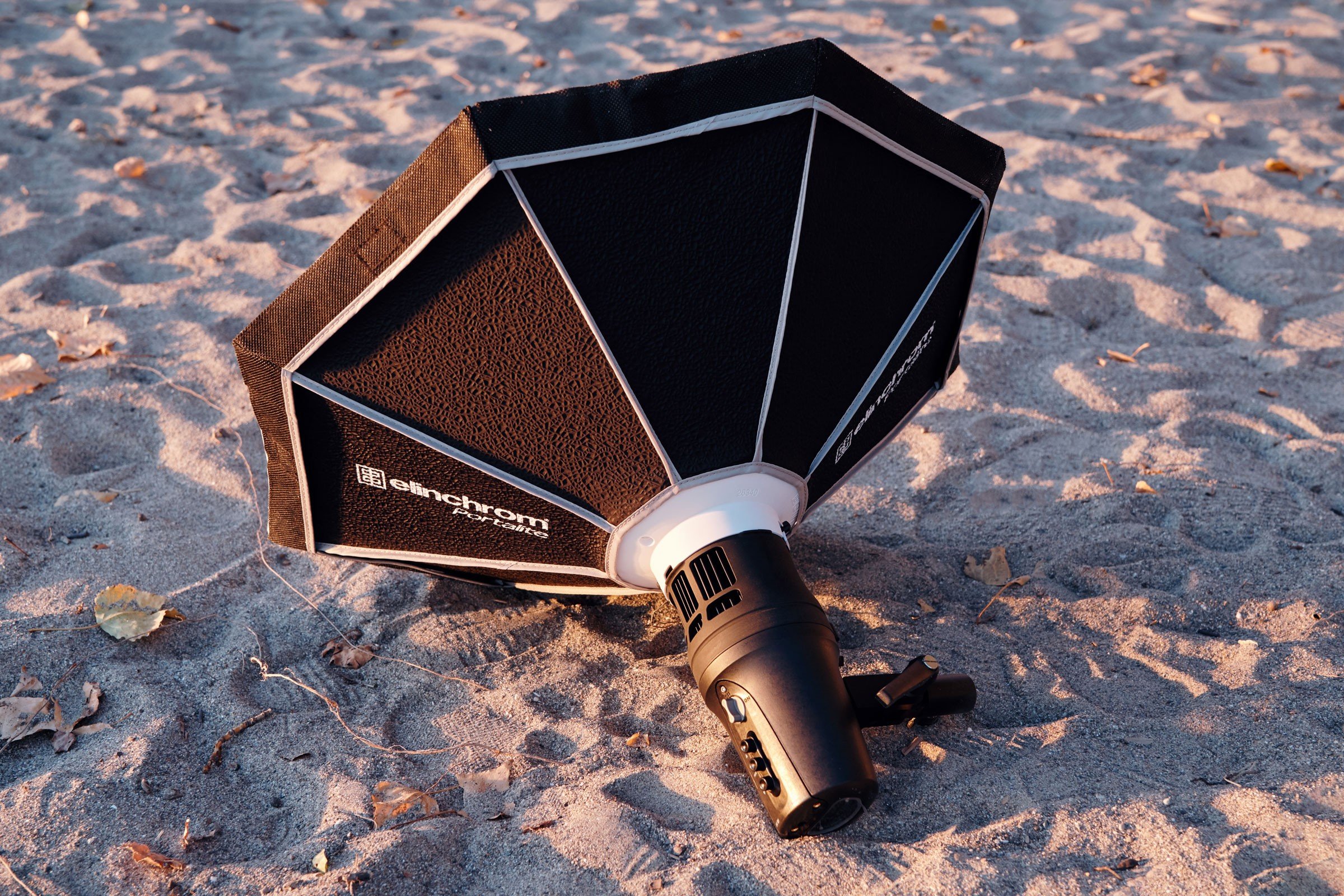 The Elinchrom ELM8 is available starting today for $1,700 before tax. To learn more about the ELM8, head over to the Elinchrom website or pick one up at your favorite online retailer once the listings go up later today.