If you’re a recreational drone user in the United States, there’s cause to celebrate. Yesterday, the FAA announced that they have expanded their LAANC system to include recreational drone pilots, allowing users to get “near-real time” approval to fly in controlled airspace, as long as you stay below 400ft.

The LAANC system (which is short for Low Altitude Authorization and Capability) is a collaboration between the FAA and FAA-Approved UAS Service Suppliers (USS) that “automates the application and approval process for airspace authorizations.” Registered drone pilots who want to fly near any of the 600 airports that participate in the LAANC system can submit a request using an approved supplier such as Kittyhawk or Airmap, at which point:

Requests are checked against multiple airspace data sources in the FAA UAS Data Exchange such as UAS Facility Maps, Special Use Airspace data, Airports and Airspace Classes, as well as Temporary Flight Restrictions (TFRs) and Notices to Airmen (NOTAMs).

If approved, pilots can receive their authorization in near-real time.

If you want to fly above 400 feet, you can submit a “further coordination request” up to 90 days in advance and the supplier will coordinate that request manually with the FAA.

Here’s a helpful GIF that shows how the system works:

And a list of approved suppliers, with the checkmark indicating services that are available to the public: 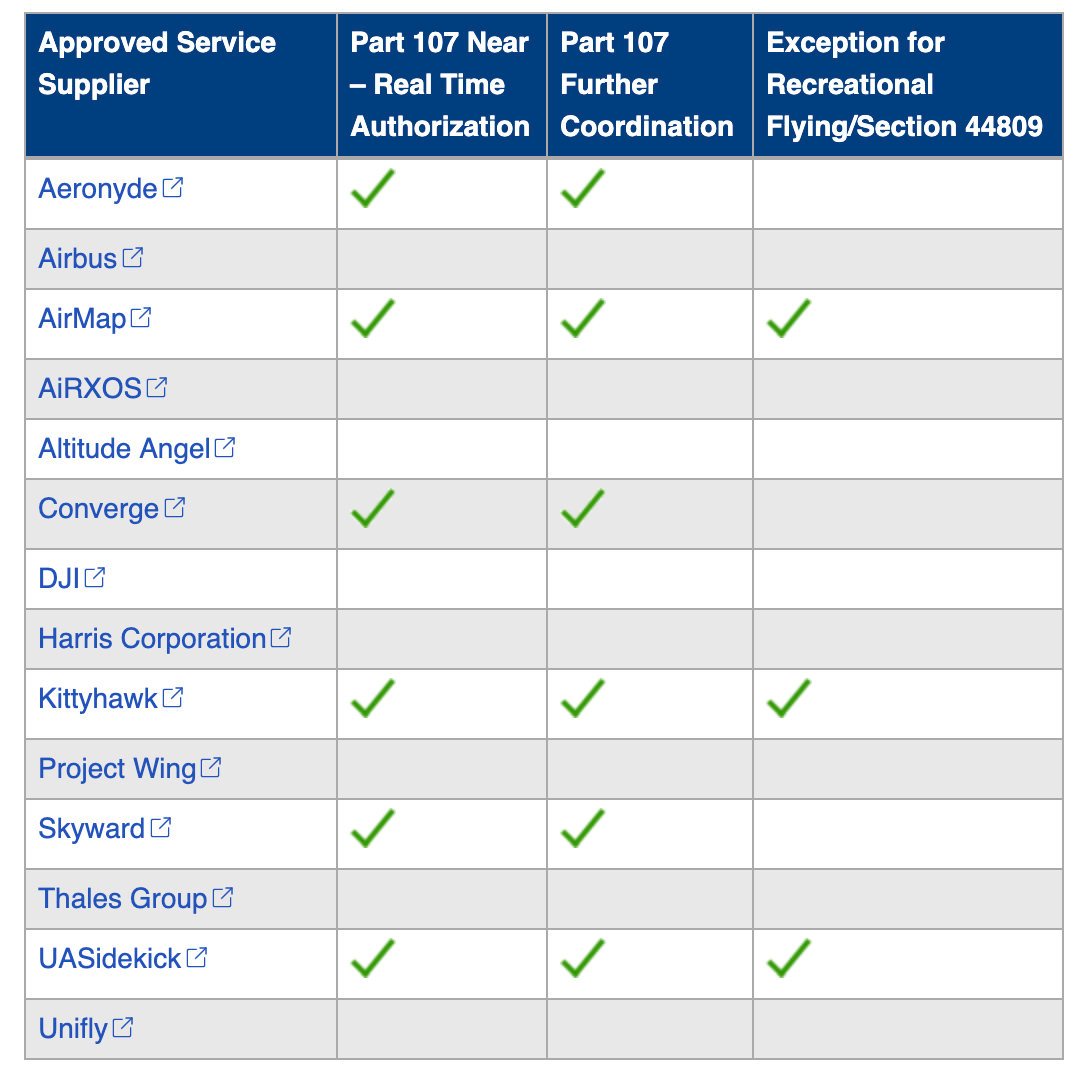 To learn more about this system, head over to the FAA website. And if you’re a registered drone pilot who wants to go ahead and take advantage of the LAANC expansion, check out the mobile apps currently available from Kittyhawk, UASidekick, and the other companies listed above.

One of the Most Iconic Kissing Photos Was Staged