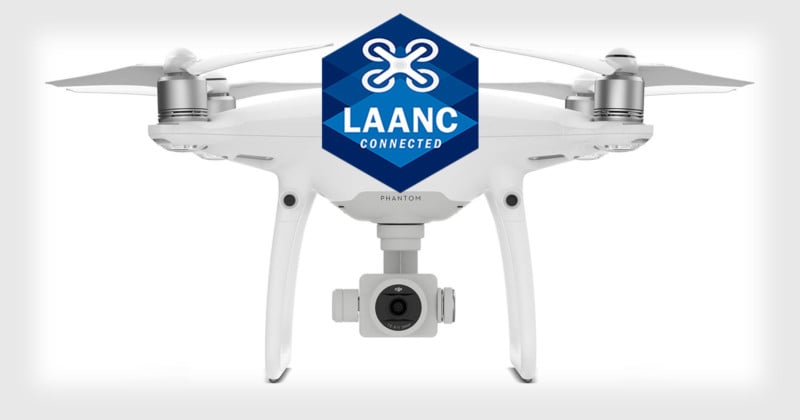 DJI now has the US government’s permission to authorize drone flights in controlled airspace near airports.

The FAA has approved DJI as part of its Low Altitude Authorization and Notification Capability (LAANC) program. The agency rigorously tested and validated DJI’s technology capabilities before giving its stamp of approval.

DJI was one of 9 companies that were just newly authorized. The other eight are Aeronyde, Airbus, AiRXOS, Altitude Angel, Converge, KittyHawk, UASidekick, and Unifly.

The LAANC program was launched by the FAA this year to streamline the process for professional drone pilots to receive authorization to fly near airports. Instead of going through a longer and slower process, pilots will be able to receive near-real-time authorization.

LAANC specifies locations in restricted air space that can be operated in with permission up to approved altitudes, and it also keeps track of temporary flight restrictions and other limits that might be active. Drone operators can plan flights and apply for permissions through LAANC, which processes the applications immediately.

“Before LAANC, using drones for productive work near many airports required detailed applications and up to months of waiting, even when the benefits were clear and safety was prioritized,” says DJI Program Manager Brandon Montellato. “Now, LAANC allows easy drone use in more than 2,000 square miles near airports, including many populated areas that can benefit tremendously from drone operations. More than 100,000 Part 107-certified drone pilots will now be able to perform valuable work – from inspections and surveys to filming and photography – with near-instant approval.”

LAANC integration into DJI’s drones and products are on the way and will be announced “in due course,” the company says.

iPhone XS: A Look at the New Camera (and Debunking the ‘Beauty Filter’)